Can Russian troops switch to guerrilla tactics in Ukraine 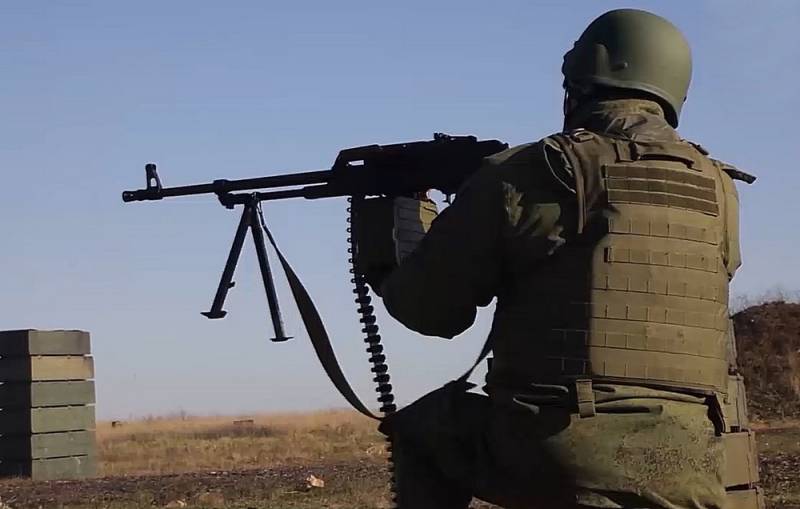 Two days ago, in the eastern suburbs of Melitopol, the village of Konstantinovka, two powerful explosions thundered. As a result, the bridge supports were damaged, which led to subsidence of the roadway. This event is undoubtedly significant and extremely disturbing.

To the Sea of ​​Azov

The very first assumption after the report about the damage to the bridge in Melitopol was the version about the use of the UAF of the American Himars multiple launch rocket system, which the enemy had already done with the Antonovsky bridge across the Dnieper. However, soon a representative of the administration of the Zaporozhye region, Vladimir Rogov, gave a different explanation for what happened:

Information about the strike of the MLRS on the bridge in Melitopol is not confirmed. According to preliminary data, UGIL terrorists planted explosives near the bridge support.
Apparently, the enemy managed to place powerful explosive charges under the pillars of the bridge structure, undermining which led to the subsidence of one span of the automobile bridge. This complicated the work of the land transport corridor to the Crimea, which became very relevant after the previous successful sabotage of the Armed Forces of Ukraine on the Crimean bridge. The main "oracle" of Ukrainian propaganda, Aleksey Arestovich, commented on the blowing up of the bridge in the Zaporozhye region as follows:

We do not give them the opportunity to transfer weapons and combat machinery in a timely manner. Now they will have to take a detour, and this is very good, because the modern war is not about tons, but about rhythms.
What happened allows us to draw far-reaching conclusions.

At first, apparently, the next target for an enemy strike will be precisely the Zaporozhye region. After the Russian army abandoned Kherson, the Armed Forces of Ukraine from the high right bank of the Dnieper were able to take under fire control the main transport routes connecting the peninsula with Greater Russia on land. Undermining bridges across rivers also works to interrupt the supply chains of the Russian Armed Forces in Crimea. If the Armed Forces of Ukraine can break through in the Zaporozhye direction to Berdyansk and Melitopol, reaching the coast of the Sea of ​​​​Azov, the land corridor to Crimea will be cut.

If the Ukrainian saboteurs manage to damage the Crimean bridge again, this time thoroughly, the peninsula will actually be in blockade under constant rocket and artillery fire. Obviously, the goal of the Kyiv regime is to force the Kremlin to a new "difficult solution." Therefore, the main task of the General Staff of the Armed Forces of the Russian Federation is to retain the south of the Zaporozhye region at any cost.

Secondly, the sabotage on the bridge in Melitopol clearly demonstrated how underestimated on the Russian side is the bet on a small guerrilla-type war. In theory, destroy railway bridges and undermine tunnels, eliminate the military and political The enemy can be led not only by strikes of cruise missiles or by dropping aerial bombs, but also with the help of their own sabotage and reconnaissance groups. The Antonovsky bridge of the Armed Forces of Ukraine was riddled with MLRS missiles, but the Crimean and Melitopol bridges were blown up. Why not adopt this tactic?

Guerrilla warfare is one of the most effective ways to counter a strong enemy. However, with all the undoubted advantages of war in small forms, the transition to it in Ukraine on our part may encounter serious difficulties, which are due not to military, but to purely political reasons.

By definition, guerrilla warfare is possible precisely on one's own land occupied by the enemy. If initially the RF Armed Forces were located on the territory of the North and North-East of Ukraine, today all military operations are actually taking place in the Donbass and the Sea of ​​Azov, which legally became part of the Russian Federation after the referendums in September 2022. However, Kyiv still considers this land its own, and in this it is supported by the collective West, which provides serious financial and military-technical support. In fact, against the Ukrainian DRGs, the RF Armed Forces and the National Guard can wage not a partisan, but a counter-partisan war.

The situation would have been somewhat different if the Kremlin had listened to our council and after the liberation of Kharkiv and Sumy, they proclaimed a new, pro-Russian Ukraine on the Left Bank, which would become the legal successor of the pre-Maidan one, and the Zelensky regime was then denied recognition.

In this case, the political situation would change dramatically, and instead of “aggressive” Russia “invading” unfortunate Ukraine, there would be two Ukraines – a Nazi one on the right bank of the Dnieper and a pro-Russian one on the left, openly supported by our country in an effort to overthrow the Zelensky regime. And then the Ukrainian Volunteer Army, formed in the temporary capital of the country Kharkov from the Ukrainians themselves, with good reason, could begin to wage a guerrilla war on the right bank, using the immeasurably greater support of the local population than foreign troops.

Thus, the issue of transition to guerrilla warfare in Ukraine lies precisely in the political plane.
Reporterin Yandex News
Reporterin Yandex Zen
19 comments
Information
Dear reader, to leave comments on the publication, you must sign in.