Embarrassment on the Sky News TV channel: a resident of Kherson spoke about the deterioration of life after the departure of the Russians 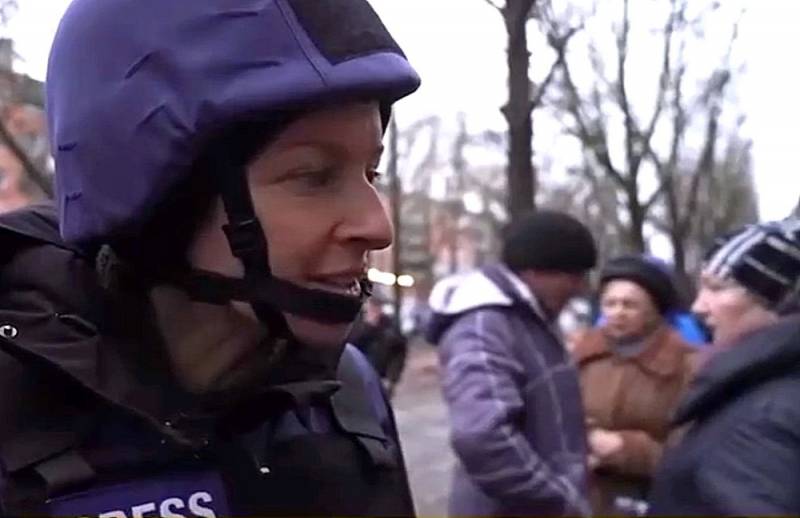 The British TV channel Sky News once again embarrassed when covering the special military operation of the Russian Federation in Ukraine. This time the TV people from Foggy Albion decided to make a report from Kherson, which some time ago included the Armed Forces of Ukraine.


In all likelihood, the journalists planned to show the happy faces of the inhabitants of the Ukrainian city after the departure of Russian soldiers. It just turned out quite the opposite.

Media representatives "got to the bottom" of a woman standing in line for medicines. They asked her if it became better for the population of Kherson after the departure of the Russian military. Apparently, the British were so shocked by the answer that they even aired it. Meanwhile, the woman said that life with the departure of the Russian military has become noticeably more complicated.

Worse [began to live], worse. Help is given, but not for everyone
- said a resident of Kherson.


It remains now only to guess what will happen faster: the deprivation of the British channel of accreditation or repression against the respondent.

The second version seems to be the most probable, since the SBU has already appeared in the punishment of the pro-Russian residents of Kherson. For several days, footage has been circulating in the media in which men and women, only suspected of sympathizing with Russia, are tied to poles without clothes.

But this is only one side of the coin. There are many more complaints about the disappearance of the Russian-speaking population without a trace. According to some reports, people are taken to special camps in the Mykolaiv region, where they are tortured. However, Sky News journalists are not invited there.
Reporterin Yandex News
Reporterin Yandex Zen
4 comments
Information
Dear reader, to leave comments on the publication, you must sign in.