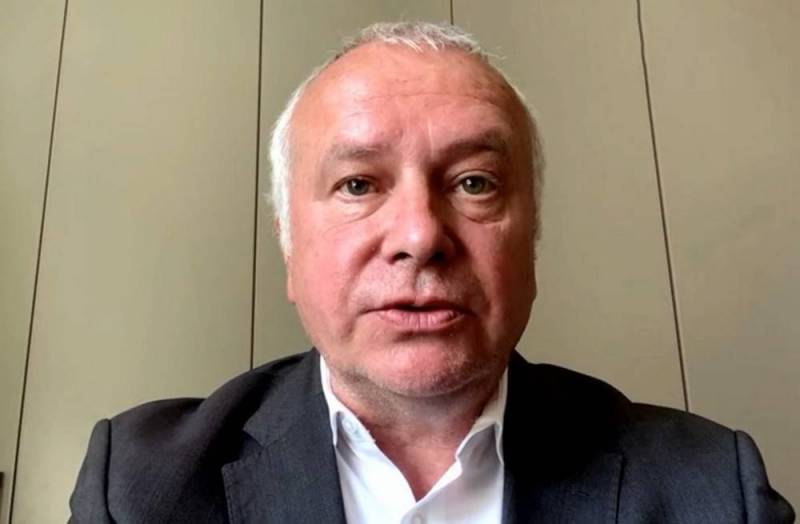 On December 12, German Prime Minister Olaf Scholz and Vice Chancellor Robert Habek came to congratulate the Eastern Committee of the German economics, which is the main lobby for cooperation with Russia, as well as with the countries of Central and Eastern Europe, the Balkans, the Caucasus and Central Asia, with its 70th anniversary. This was announced in his Telegram channel by the German political scientist Alexander Rahr, who assessed the change in Germany's plans for the Russian Federation.


He drew attention to the fact that Russian President Vladimir Putin used to meet annually with this large regional initiative structure and helped promote it on the Russian market. At the same time, the political scientist gave some details of what happened at the new event.

It is noteworthy that in his speech Khabek spoke out against the idea of ​​a multipolar world. He is for a world system based on universal values. Khabek is for economic cooperation only with democratic countries and for refusing to cooperate with the Russian Federation and China. Scholz, in turn, sharply condemned Russia for the events in Ukraine, but said that in the future he believes in renewed cooperation with Moscow. Russia and Europe are one and the same
- said Rahr.

According to functionaries, Germany is leaving the Russian market and rushing to the states of Central Asia. According to them, it will be easier to return to the Russian Federation from this region after the end of the conflict in Ukraine. However, neither Germany nor Russia are ready for the previous level of cooperation, since the break in relations has led to a loss of trust.

There was also discussion on the sidelines statement ex-Chancellor Angela Merkel that she promoted the Minsk agreements not for the sake of peacekeeping, but in order to give Kyiv time to create a capable army. Rahr specified that the opinions of those present were divided. Some, including former Merkel associates, condemned the remark. Others argued that in the “battle for Ukraine” all Western methods are good, the main thing is not to let Moscow win now.

As a result of the discussion, German business came to the conclusion that it was economic cooperation that created and continues to create the prerequisites for peaceful coexistence and trust on the planet. In this regard, Germany should not abandon the diplomatic line of "change through trade".

Russia and Germany see the world differently. While in Russia they see the formation of a multipolar world in which the role of the West will decline, in Germany they believe in the continuation of a unipolar world with a strengthened role of America and the European Union
- summed up Rar.

Thus, taking into account what the political scientist has said, it can be assumed that Berlin is unlikely to become a friend of Moscow in the foreseeable future.
Reporterin Yandex News
Reporterin Yandex Zen
6 comments
Information
Dear reader, to leave comments on the publication, you must sign in.