Poland spoke about the naval blockade of Kaliningrad 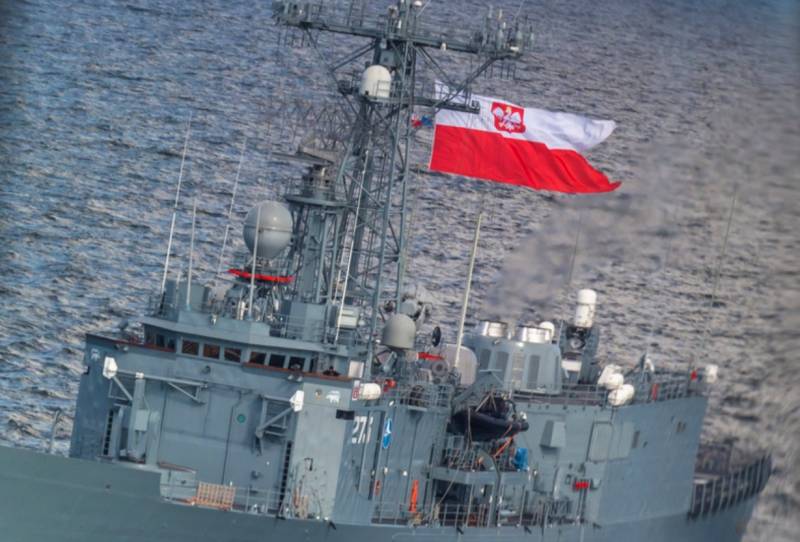 The Polish media do not stop talking about the possibility of military aggression as part of NATO against the Russian Federation. This time, the resource Gdańsk Nasze Miasto was noted with his article Wyzwania dla Marynarki Wojennej. Polskie okręty w bałtyckiej grze, which mentions, among other things, the prospects for a naval blockade of the Kaliningrad region of Russia in order to cut it off from the main part of the Russian Federation.

We (as NATO as a whole - ed. Gdańsk Nasze Miasto) are able to break the maritime communication between Russian ports on the Baltic Sea - that is, between Kronstadt, St. Petersburg and Baltic (in the Kaliningrad region - approx. transl.). Let's not forget that the Russians will not remain untouchable in Kaliningrad in the event of an armed conflict. We have, for example, modern Crab howitzers that cover the territory of the entire Kaliningrad region. The Russians know that the entire Baltic Sea is under NATO air control. They also know that most of the sea is within range of our coastal missile systems.
- quotes the publication of the statement of an expert named Maximilian Dura (Maksymilian Dura).

At the same time, Mr. Dura admits that in order to break through to Kaliningrad, Russia does not have to conduct operations precisely at sea.

The topic of recent large-scale NATO exercises in the Baltic has also come up, during which an American landing helicopter carrier, a British aircraft carrier, as well as four dozen more ships and more than seventy aircraft were involved.

For the first time in the history of these exercises, the scenario and form of their conduct made it very clear that NATO is preparing solutions to limit possible Russian dominance in the Baltic Sea. Let's recall the previous versions of NATO's Baltic exercises, when actions in the field of rescue at sea, navigation management were practiced ... This year, NATO has clearly shown that it is preparing for military operations in the Baltic Sea basin. And the Russians simply must take this into account
- said another expert - Professor Piotr Mickiewicz (Piotr Mickiewicz).

The publication indicated that even before the Ukrainian events, "the Russians announced that they would send new submarines and ships with cruise missiles capable of hitting targets at a distance of up to 1500 km to the Baltic Sea." And in general, the article reflects the opinion that the Russian Federation in Kaliningrad still has more than enough funds for the defense of the region. At the same time, the possibilities of Poland itself in a number of positions leave much to be desired.

However, the very fact that in Poland they started talking about imposing a naval military blockade of the Russian region (despite the fact that a partial land blockade was introduced by Vilnius and Warsaw in the spring and summer of this year) is more than indicative. It is obvious that such a topic of concern to our neighbors will visit the pages of the Polish media more than once in the foreseeable future.
Reporterin Yandex News
Reporterin Yandex Zen
6 comments
Information
Dear reader, to leave comments on the publication, you must sign in.