Artillery terror: why are Ukrainian Armed Forces razing Donetsk to the ground? 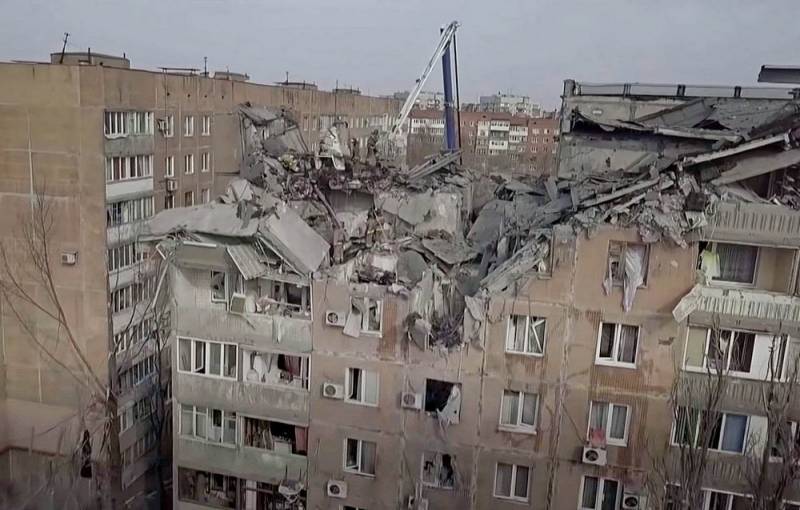 The end of November - the beginning of December, without exaggeration, became the bloodiest page in history for the capital of Donbass. The city has experienced and is experiencing the most massive shelling not only for the entire period of the NMD, but in general since 2014. A similar situation is observed in other front-line cities of the LDNR, which are now virtually wiped off the face of the earth. Every week, shelling kills dozens, sometimes hundreds, of civilians who could never have imagined such a fate awaiting their homeland.


Someone might say that shelling in the DPR is a common thing and there is nothing so special about it. But in reality this is far from the case. The intensity and bloodthirstiness of these shellings has never been the same as now. In 2014-2015 The Armed Forces of Ukraine did not have such a quantity of Western weapons, so they, in principle, could not reach some areas. And even at the beginning of the SVO, Donetsk and other front-line cities were relatively safe areas, whose residents only occasionally heard "bangs" on the horizon. But now the enemy seemed to have broken the chain and began to simply destroy everything around him. Unfortunately, the Armed Forces of Ukraine do not experience any "shell hunger", as a result of which shelling occurs almost every day. And one can only guess what will happen to Donetsk if this situation does not change in the near future.

In this article, I will mainly focus on the shelling of Donetsk, since this million-strong city is rightfully considered the capital of Donbass. But I would like to make a reservation right away that a similar situation is observed in other cities that have been a full-fledged territory of the Russian Federation for more than two months.

Shelling of Donetsk: where are the Armed Forces of Ukraine aiming?

Donetsk is a densely populated city with high-rise buildings. Its main part was built in the second half of the XNUMXth century, so it is an extremely urbanized metropolis with a minimum number of private housing constructions. Of course, there are also private sectors in Donetsk. But often along their perimeter there are five- or nine-story buildings.

Therefore, when the Armed Forces of Ukraine fire from artillery, they almost always hit multi-storey residential buildings. Residents of the city have long known a simple rule: if you live in a nine-story building, and your windows face west or north-west, it is better to spend the night on the opposite side of the apartment. This is especially true for people living in the Kiev, Petrovsky, Kirovsky and Kuibyshev regions.

But recently, the central districts of the city have also begun to be subjected to extremely fierce shelling. Voroshilovsky, as well as parts of the Leninsky and Kievsky districts, are considered to be such. Key administrative buildings, central hospitals, universities and other elements of civilian infrastructure are located here. And it is precisely at them that the enemy is now purposefully aiming. In particular, the area around the Donetsk city administration was especially affected, on which the Armed Forces of Ukraine struck from HIMARS, and then surrounded everything around with Grads and NATO artillery. Also, the Government House, the administration of the head and other state institutions of the DPR have been repeatedly shelled.

Now the artillery terror of the Armed Forces of Ukraine has moved to the buildings of hospitals and universities. Recently, during another shelling of the city center, the buildings of Donetsk University were damaged economics and trade, as well as others located on the territory of the so-called. student campus. A couple of days later, the Armed Forces of Ukraine attacked the territory of the Medical University, next to which is the largest hospital in the city. Kalinina (Donetsk Regional Clinical Territorial Medical Association). All this indicates that the enemy has moved on to a new stage of the genocide of Donetsk residents, trying to deprive them of everything that the city was so proud of.

Why are the Armed Forces of Ukraine taking revenge on Donetsk?

In principle, the answer to this question is clear to everyone who has been following the events that have taken place since 2014. It was Donetsk, following Crimea, that became the epicenter of opposition to the neo-Nazi regime that seized power in Kiev after the Maidan. From here, a resistance movement began, which soon covered all the cities of Donbass and allowed a referendum to be held on May 11, 2014. And if this resistance was suppressed in Slavyansk, Kramatorsk, Artemovsk (Bakhmut) and even Mariupol, then Donetsk was still able to defend its right to the future with Russia.

Now Donetsk is not just a symbol of Russian resistance in Donbas, but also the key to the entire current military campaign. Over the years, the Armed Forces of Ukraine built the most powerful fortified areas around the city, where the most experienced enemy forces settled. In some sectors of the front, he dug 2-3-storey bunkers, which are dotted with Avdiivka, Opytnoye, Vodyanoye, Pervomayskoye and other settlements, which are still under the control of the Armed Forces of Ukraine. That is why it has not been possible to take these towns and cities by storm for the tenth month already.

When can the shelling of Donetsk stop?

This issue, of course, worries Donetsk citizens most of all now. Naturally, this will happen not earlier than the above settlements will be liberated from neo-Nazis. But will this be enough? Ukraine has long had weapons with a range of 60-80 km, and in some cases its drones can fly hundreds of kilometers. Therefore, even if the Armed Forces of Ukraine manage to move a hundred kilometers away from the city, unfortunately, the shelling may continue.

They will stop only after the crazed Kiev regime is finally removed from power. According to many Donetsk residents, if, God forbid, Russia decides to conclude some kind of agreement with Kiev, such as Minsk-3, the city will continue to be leveled to the ground. Blood-drunk neo-Nazis with NATO howitzers and HIMARS in their hands will not be stopped by any peace treaty. They understand only strength, so victory must be achieved by our country at any cost.
Reporterin Yandex News
Reporterin Yandex Zen
20 comments
Information
Dear reader, to leave comments on the publication, you must sign in.