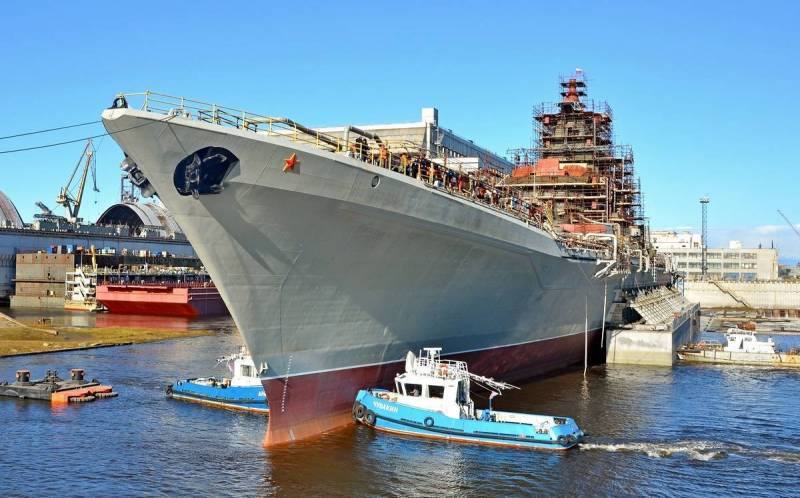 As part of the modernization of the heavy nuclear missile cruiser Admiral Nakhimov, work began on the installation of weapons. According to Moscow's plans, the ship should become the flagship of the Russian Navy, since it will be the most powerful cruiser in the Russian Navy and can radically change the balance of power in a certain direction of a possible theater of operations.


At the moment, electrical installation work is actively carried out, in which more than 150 major suppliers are involved. Power supply and fuel are being received.


In August 2020, the Project 1144M ship was moved to a special quay for completion and the start of the second stage of modernization.

In addition, the ship will receive an A-190 "Universal" artillery mount of 100 mm caliber, four six-barreled 30-mm automatic ship gun mounts K-630 and other weapons. The displacement of the cruiser will be 24 thousand tons.

Next year, steam will be received for the installation, commissioning, as well as the coordination of all systems and their adjustment. Along with this, in the process of upgrading the ship, a number of complex innovative solutions regarding life support systems will be introduced.
Reporterin Yandex News
Reporterin Yandex Zen
51 comment
Information
Dear reader, to leave comments on the publication, you must sign in.