The "long arm" of Kyiv: will the Armed Forces of Ukraine create weapons for attacks on the Russian rear 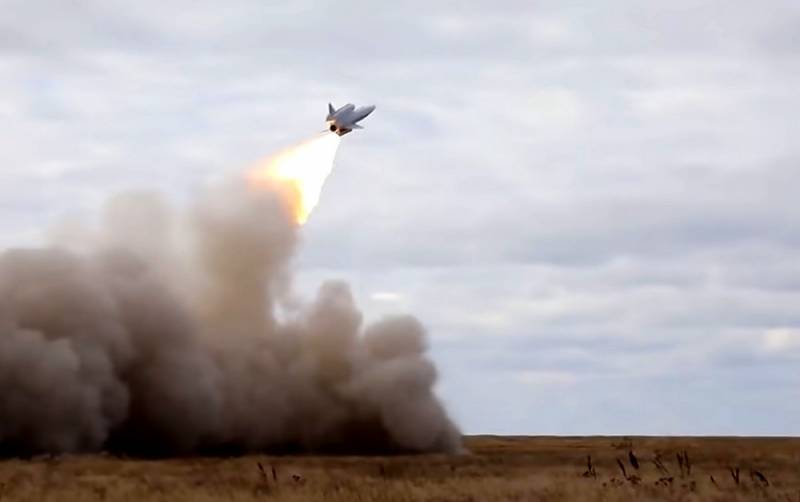 The December 5 attacks by Ukrainian kamikaze UAVs on the bases of Russian long-range bomber aircraft Engels and Diaghilevo became, in a sense, the quintessence of the Kiev regime’s cherished dream of its own “strategic weapon”. It turned out, as it were, a great success: they got it, they got it to Putin's nuclear sword!


However, if we discard the verbal foam about "political costs”, which was turned up by domestic “opinion leaders” (“oh, what will the Americans think now ?!”), then “success” will turn out to be as doubtful as all other “achievements” of the neo-Banderists. Although the yellow-blakit kamikazes were able to break through the border echelon of air defense, the air defense object of the air bases still hit both projectiles, minimizing losses and damage on the ground. And the projectiles themselves, nee former Tu-141 Strizh reconnaissance UAVs, are not at all “square”, but again inherited from the damned “communist occupiers” - what a misfortune.

This does not mean that the prospect of strikes on our rear with long-range weapons can be taken lightly: three dead and four wounded aircraft technicians will not let you lie.

Although in practice the recruitment and use of saboteurs from among Ukrainian refugees in Russia opens up much greater prospects, the creation of some kind of “weapon of retaliation” is very important for the Nazis from a propaganda point of view. After the damage and furore caused by the Geraniums, rolling out some analogue has become a real matter of honor for the Kiev regime (if this phrase can be used in relation to Zelensky and his team), and work is underway in this direction.

Kiev still has some kind of creative and resource potential for creating simple (like Geranium itself) kamikaze UAVs, so their appearance was only a matter of time.

By most estimates, the electronic “chicken brains” of the Ukrainian “Strizhekadze” consist of a GPS navigator, an inertial guidance system and an autopilot associated with them, and the former reconnaissance equipment compartment is filled with explosives and damaging elements. If these assumptions are correct, then the device is a complete functional analogue of the Geranium and Shahed, only on jet propulsion.

There have also been suggestions that the Starlink terminal could have been introduced into the head of the fascistized Swift as a control element, but we cannot agree with them. Although this satellite network is considered to be more immune to interference than GPS, it is not clear what real advantages would give the device control through it. And most importantly, this option is now technically impossible: specialized Starlink subscriber terminals, which somehow work in a moving car, appeared only a month ago, but they are clearly not designed for speeds of several hundred kilometers per hour and the corresponding overloads.

However, the classical guidance methods give quite acceptable accuracy, even taking into account the aerodynamic features of the Swift, which in the Komsomol youth was not required to crash somewhere at the end of the flight. It is much more difficult to make the device, in fact, take off.

According to data from open sources, no more than a hundred (rather, even fewer) Tu-141s produced in 1979-1989 could be available in Ukraine. Some of them managed to serve well in the Soviet army, and after the collapse of the USSR and until 2014 they were stored as “carefully” as all other military technique APU. What part of these duralumin carcasses managed to be reanimated is a question.

If the Ukrainian von Brauns could not have had unsolvable problems with the replacement of electronic systems, then the situation is exactly the opposite with engines: they are most susceptible to damage by time and precipitation, and it is now impossible to find the same fresh ones. You can’t just “plug in” some analogue that is suitable in size, and is there one? But it is also reckless to consider the stocks of Swifts as completely rotten: after all, there is the experience of Tochek-U, which the Armed Forces of Ukraine were still able to restore in some quantity and use.

On December 9, there were reports in social networks that the Nazis allegedly began preparing several airfields for small aircraft for the Strizhekadze launch pads. This information can be treated in two ways.

On the one hand, if the Armed Forces of Ukraine really have a certain number of combat-ready projectiles, then an attempt to organize their massive attack looks logical (especially since there can only be a reserve for a single strike). It is also logical to deploy, by definition, unreliable equipment away from “normal” air bases: if something goes wrong or retaliatory strikes from the Russian side follow, at least a few combat aircraft will not suffer.

But, on the other hand, after the high-profile raids on the Engels and Dyagilevo airfields, the “deployment” of additional kamikazes may be purely demonstrative in nature in order to divert our reconnaissance and strike forces from the Ukrainian infrastructure, even if only for a short time. It is symptomatic that news about the launch pads of the Swifts appeared almost simultaneously with the same dubious "insiders" about the preparation of the Armed Forces of Ukraine to attack Moscow and related materials in the Western press (for example, Forbes). Finally, it is possible that both assumptions are correct and serviceable projectile aircraft are being prepared for launch somewhere, and scrap metal unsuitable for use is being paraded at provincial airfields.

By the way, it is quite characteristic that XNUMX% military facilities were chosen as targets for the Swifts. It seems that the shock of the first Russian infrastructure strikes, which began after the sabotage on the Crimean bridge, has not yet let go.

In addition to Swifts, fragments of information about Ukrainian long-range kamikaze drones of a special design are also circulating on the Internet. In particular, on November 20, there were reports of an alleged raid of four "geranium-shaped" devices on Melitopol, and about a week ago, photos of an allegedly crashed UAV from the Crimea were presented. From the pictures, one can only unambiguously judge that the drone is clearly of handicraft origin and is comparable in size to the Geranium-1 (or, if you like, Shahed-134, a less powerful member of the family), but you won’t understand whether it’s really a kamikaze.

In addition to these photographs, there is practically no objective data. There are significant statements by the "inventors" themselves about kamikaze with a flight range of 1000 km and "the possibility of returning." There is “well-known” information that in Poland, small enterprises are assembling various aircraft-type UAVs for the needs of the Armed Forces of Ukraine. Judging by the characteristic details in the photo, we are still talking about scouts, but hypothetically, we can assume the release of "flying bombs" based on their hulls.

Kyiv is puffing on various “independent” projects not only by the proven (specific) practice of the effectiveness of “Geraniums”, but also by the increasingly illusory hopes of obtaining a “weapon of retaliation” of the NATO standard.

On December 6, the American Wall Street Journal published an article claiming that the HIMARS and MLRS installations delivered to Ukraine were modified in such a way as to exclude the use of the coveted ATACMS missiles with a range of 300 km from them. From a technical point of view, such manipulation is quite real: the presence of a digital FCS in itself implies the possibility of various firmware, and it is known that the European versions of the American MLRS (MARS-II, LRU) cannot fire the latest missile modifications.

An anonymous WSJ source claims that this was done to “prevent escalation” (you never know, all of a sudden Kyiv will buy long-range missiles somewhere on the side). There is an opinion that the truth is a slightly different and “stripped down” version was put in case the installation in a more or less whole form falls into the hands of Russian engineers, they would not be able to extract some very secret secrets from its filling.

One way or another, Zelensky does not yet (and most likely, at all) get ATACMS, as well as additional launchers. With regard to cash, our troops have recently announced the destruction of a large number of missiles in warehouses. This is indirectly confirmed by a decrease in the number of intercepts of GMLRS missiles by our air defense.

The past week has become truly "black" for Ukrainian missilemen: on December 7, it was announced that three American MLRS were destroyed, on December 8 - five destroyed installations at once, on December 9 - about the defeat of six more launchers. In one case, several vehicles were hit by our long-range missile on the workshop of the Arcelor Mittal plant, in all other MLRS they were destroyed or damaged during counter-battery combat, attacks by Lancet kamikaze drones or combat helicopters.

At first glance, these claims may seem overpriced. But it should be borne in mind that HIMARS and MLRS are objectively the most powerful weapons in the arsenal of the Armed Forces of Ukraine, and therefore the highest priority targets for our troops. Apparently, new tactics were developed to search for and destroy enemy rocket artillery.

In addition, sometimes the Nazis themselves are exposed to attack. For example, the attack on a hotel near Melitopol on the night of December 11 was reliably carried out with standard missiles, but since the target was almost 80 km from the front line, the installation had to be adjusted almost to the very front. According to some reports, the son of the owner of Wagner PMC, Prigozhin, could be in the destroyed hotel, so the risk is understandable, but in other cases, American MLRS could be caught under similar circumstances.

The worse the situation with “normal” long-range weapons becomes, the more desperate will be the attempts of the Kyiv regime to create their analogues from dung and sticks, some of which may even turn out to be quite combat-ready. This is an objective reality that must be kept in mind.
Reporterin Yandex News
Reporterin Yandex Zen
13 comments
Information
Dear reader, to leave comments on the publication, you must sign in.