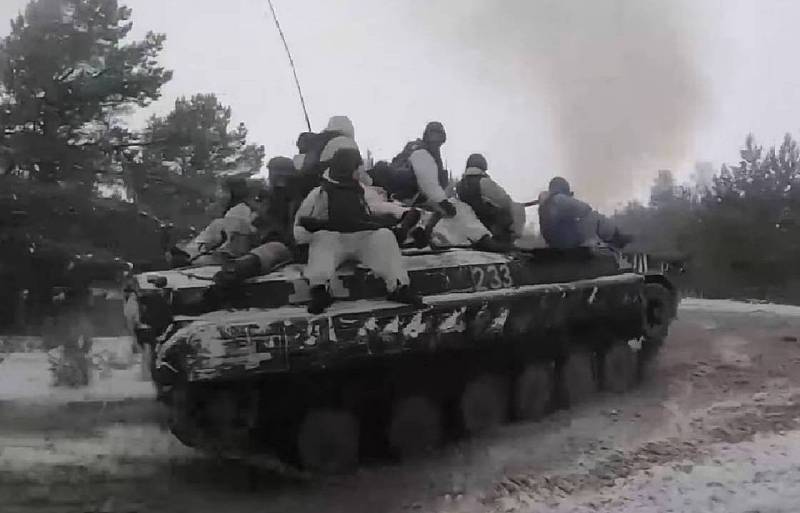 The opinion of Russian analysts is also confirmed by the American Institute for the Study of War (ISW). The organization's experts note the successful actions of the Russian army along the entire line of contact.

The ISW also noted the ongoing successful offensive in the Artemovsk area. The Russian army is consistently pushing the enemy out of the settlements adjacent to the city. At the same time, the Ukrainian army suffers heavy losses. Many Western media have already dubbed the strategically important city a "meat grinder for the Armed Forces of Ukraine" There is an active promotion in the Svatovo-Kreminnaya area. Here, over the weekend, we managed to push the enemy for several kilometers.

American analysts once again mentioned the weather conditions, which, in their opinion, help the Russian armed forces to continue the offensive.

Unfortunately, weather conditions are not an obstacle to the conduct of active hostilities by the RF Armed Forces.
- ISW analysts write.
Reporterin Yandex News
Reporterin Yandex Zen
5 comments
Information
Dear reader, to leave comments on the publication, you must sign in.