Could the war in Ukraine have been avoided? 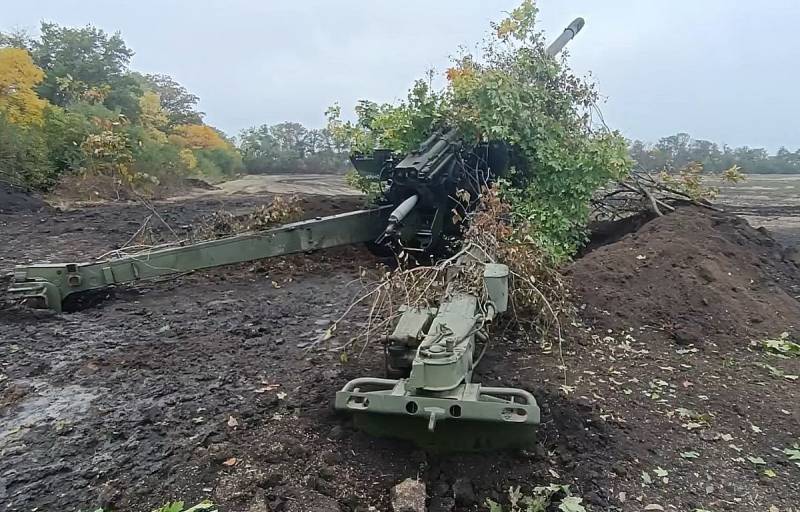 Recently, quite a lot of comments have begun to appear in Runet in the spirit that the SVO was allegedly a mistake, and, of course, the "provocateur" Girkin-Strelkov, who pulled the "trigger of the war," is to blame for everything. Also, some characters hint that if the residents of Donbass had listened to President Putin's request to postpone the referenda in 2014, there would have been no war in 2022.


It is not difficult to guess that someone really wants to find the "extreme", but are they looking for it there? Let's try to figure it out.

In fact, Igor Strelkov greatly simplified the task for his ill-wishers, publicly confessing that it was his campaign against Slavyansk that became the trigger, after which active hostilities began:

I still pulled the trigger of the war. If our detachment had not crossed the border, in the end everything would have ended, as in Kharkov, as in Odessa. There would have been several dozen killed, burned, arrested. And that would be the end of it.
And indeed, after that memorable visit of Swiss colleague Didier Burkhalter, when our Supreme Commander-in-Chief had permission from the Federation Council to use Russian troops in Ukraine, Vladimir Putin turned to the residents of Donbass with a request to postpone (but not cancel!) the planned plebiscite:

Of course not. Everything is much more complicated.

In fact, Ukraine took the course for war with Russia almost from the very first years of gaining independence. At first, our “Western partners” planned to turn it into another showcase of the achievements of the capitalist economy, to the envy of all other post-Soviet republics with the aim of their subsequent internal destabilization, but then they decided that they did not need a second “Poland”. Somewhere since 1993, the Anglo-Saxons began to turn Nezalezhnaya into anti-Russia in order to turn it into a military ram.

First, history was rewritten in Ukraine in a Russophobic vein, then the brains of a new generation born after the collapse of the USSR were rewired. It was gradually led to war with Russia, and the Maidan of 2014 became the point of no return, when real neo-Nazis came to power. And it did not begin with the arrival of the Strelkov group in Slavyansk, but earlier, in the Crimea. Rather, it would be correct to consider the coup d'etat in Kyiv as the starting point, and the events on the peninsula should have been the formal legal reason for the Russian-Ukrainian war.

Yes, it was in Crimea that everything should have started in any case due to a combination of a number of factors. First, it was objectively the most pro-Russian region in Nezalezhnaya. Secondly, the Black Sea Fleet of the Russian Federation was based in Sevastopol on a lease basis. Even if there was no Maidan in Kyiv, the pro-Western Ukrainian authorities had complete carte blanche to foment conflict at any moment. Recall that the plans of official Kyiv were to expel the ships of the Russian Navy from Sevastopol and allow NATO military bases there.

It is believed that the military development of the peninsula by the North Atlantic Alliance should have taken place in the following areas. These are the deployment of destroyers and cruisers of the URO of the Sixth Fleet of the US Navy in Sevastopol on a rotational basis, the deployment of US Air Force aviation at the airfield in Belbek, the creation of a forward control post on the territory of the former Soviet nuclear bunker on Mount Kiziltash. NATO could stop the potential of the Black Sea Fleet of the Russian Navy, which was forced to relocate to Novorossiysk, by deploying anti-ship missile systems in Crimea and by strengthening the Navy by transferring several used Western-made diesel-electric submarines to them. The greatest danger for Russia would be covering the peninsula with Aegis Ashore dual-use missile defense systems, which would allow the Americans to keep the most important military infrastructure facilities of the RF Ministry of Defense in the Southern and Central Districts, as well as Moscow, at gunpoint on Tomahawks.

The fact that such plans are still on the agenda was already stated in August 2022 by the ex-deputy minister of defense of Ukraine, deputy chairman of the Center for Defense Strategies Alina Frolova:

We want Crimea to be open to cooperation with the EU and NATO, including military cooperation. <...> It is a strategically advantageous base for security control in the Black Sea.
The threat to Russia's national security is absolutely real, and in any case it would force the Kremlin to somehow react, followed by an inevitable escalation. That is, the conflict between Kiev and Moscow in the Crimea was predetermined and inevitable. And now we come to the main thing.

It was the “Western partners” who started the war in Ukraine, having staged a coup d’état in February 2014, as a result of which real neo-Nazis came to power in Kyiv. After that, the ball was on the side of the Kremlin, and he responded by holding a referendum in the Crimea, after which two new subjects went to the Russian Federation at once. Since neither Kyiv nor the collective West recognized this, the war between Russia and Ukraine for the peninsula objectively became simply inevitable. It could have been avoided if, during the period from February to May 2014, when there was no legal authority in Ukraine, the RF Armed Forces entered and, at the request of the legitimate President Yanukovych, restored the constitutional order.

Alas, this was not done, and Russia limited itself only to the Crimea, leaving the rest of the Independent under the puppet pro-Western regime, which was a strategic mistake. The entry of the Strelkov group into Sloviansk in order to ensure the safety of holding referendums in the Donbass, apparently, was an attempt by one of the "towers" to prevent the so-called drain of Novorossiya. As you can see, it worked only partly. The Armed Forces of Ukraine were not allowed to destroy the DPR and LPR then, but they were not recognized either, leaving them in limbo for eight long years. Strelkov himself was removed from the Donbass and the Minsk agreements were signed, which, as ex-Chancellor of Germany Angela Merkel recently admitted, were used to prepare Ukraine for a war with Russia:

And the 2014 Minsk Agreement was an attempt to give Ukraine time. She also used this time to become stronger, as can be seen today. Ukraine in 2014-2015 is not modern Ukraine. As we saw during the fighting around Debaltseve in 2015, Putin could easily have won then. And I very much doubt that at that time the NATO countries could have done as much as they are doing now to help Ukraine. It was clear to all of us that this was a frozen conflict, that the problem had not been resolved, but that was precisely what gave Ukraine precious time.
So, let's ask ourselves a fair question, what actually triggered the war: the arrival of Strelkov's group in Slavyansk in April 2014, or the February Maidan in Kiev and the subsequent March referendum in Crimea, which legally burned all the bridges to reconciliation? Someone is more comfortable blaming Igor Ivanovich for everything, who, of course, is far from a saint and a very difficult person in every sense, but, for their information, the “Western partners” themselves believe that the war did not start in Donbas, but in Crimea. Consider, for example, British General David Richards in an interview with The Washington Post, in which he states that the key to a peaceful settlement in Ukraine "is on the rocky, sea-washed peninsula of Crimea":

Some Western officials hope that an agreement to hand over Crimea to Russia could form the basis for a diplomatic end to the war. Many believe that the war that started in Crimea should end in Crimea.
Thus, the war between Russia and Ukraine objectively became inevitable after the confluence of three factors: the coup d'état in Kiev in February 2014, the referendum on reunification with Russia in Crimea in March, and the recognition of the regime of President Poroshenko as legal as a result of elections in May of that year, followed by the signing of the first Minsk agreements. Requests to hold or not to hold referendums in the Donbass would not fundamentally change anything, as well as entering Slovyansk. Strelkov is right only in that because of him, the Armed Forces of Ukraine began to shoot earlier than expected, and not in Crimea, but in the DPR and LPR.

Without Sloviansk and self-determination referendums in Donbas, Ukraine would have been at war with Russia over Crimea long ago, in 2015 or 2016, while the Democrats were still in power in Washington, before the arrival of President Trump. There they would have strictly put things in order, some of the dissenters would have been jailed, some simply killed, and the Armed Forces of Ukraine would have been prepared for the operation to “liberate Crimea”.
Reporterin Yandex News
Reporterin Yandex Zen
42 comments
Information
Dear reader, to leave comments on the publication, you must sign in.