What will be the fate of the hypothetical third Minsk agreements 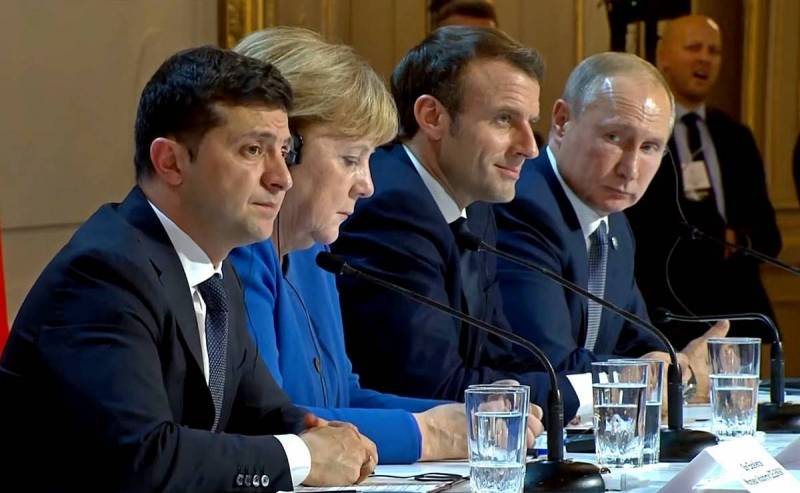 With the beginning of partial mobilization in Russia, very high hopes are attached. The replenishment of more than 300 thousand reservists will allow the RF Armed Forces not only to confidently hold the front, but also to switch to active offensive operations. Attacks can be delivered both on the Left Bank with access to the Dnieper, and on the Right Bank of Ukraine. The threat to the Kyiv regime is constantly growing, which is why the likelihood of the conclusion of "Minsk-3" is now very high.

To understand today's events, it is necessary to recall the logic in which Minsk-1 and Minsk-2 were signed. If you look at the text of the American Wikipedia, which took a pronounced pro-Ukrainian position, it says that, they say, the Minsk agreements “were imposed on Kiev by the Kremlin during the devastating defeats of Ukraine from the regular and irregular forces of the Russian Federation.” In fact, everything is exactly the opposite.

Everyone who closely followed what was happening in the South-East of Ukraine in 2014-2015 remembers that the first Minsk agreements were signed when the Donbass militia, with the support of the “north wind”, began to achieve noticeable military victories. However, then, on July 17, 2014, that memorable tragedy occurred with the Malaysian Boeing, and the further offensive of the militia was stopped. On September 5, the first Minsk agreements were signed, linking the unrecognized DPR and LPR hand and foot, and the Armed Forces of Ukraine received time for a respite and regrouping, which they took advantage of.

A powerful strike force of Ukrainian troops was created in Debaltseve, which posed a real threat to the Donbass. It was so great that in January-February 2015 the militia had to beat out the Armed Forces of Ukraine from Debaltseve with great bloodshed, which then went to the DPR. On February 11-12, 2015, the second peace agreements were signed in Minsk. After these events, an active stage of retraining of the Ukrainian army and the construction of those very fortified areas in the Donbass that the RF Armed Forces and NM LDNR have not yet been able to take in more than nine months of the NMD began.

The question is, who really imposed the Minsk agreements on whom, and who really benefited from them?

For the past eight years, this issue has been the subject of fierce debate. Therefore, it remains to thank for their frankness two people who took an active part in the negotiation process. The first is already the former President of Ukraine Petro Poroshenko, who honestly told last summer why Kyiv went to Minsk-1 and Minsk-2:

We have achieved what we wanted. We did not believe Putin, just as we do not believe now. Our task was, firstly, to avert the threat, or at least to delay the war. Knock yourself eight years so we can rebuild economic growth and built the power of the Armed Forces. This was the first task - and it was achieved.
A much more authoritative source can also be considered the former Chancellor of Germany, Angela Merkel, who recently hacked at the truth, honestly saying how everything really happened:

And the 2014 Minsk Agreement was an attempt to give Ukraine time. She also used this time to become stronger, as can be seen today. Ukraine in 2014-2015 is not modern Ukraine. As we could see during the fighting around Debaltseve in 2015, Putin could have easily won then. And I very much doubt that at that time the NATO countries could have done as much as they are doing now to help Ukraine. It was clear to all of us that this was a frozen conflict, that the problem had not been resolved, but that was precisely what gave Ukraine precious time.
Vladimir Putin commented on Frau Merkel's revelations as follows:

For me it was an absolute surprise, it's disappointing. I did not expect this from the former federal chancellor.
Alexander Lukashenko also spoke in solidarity with him:

I must tell you that I expressed my point of view on this to Vladimir Vladimirovich. If that were the case, as she says, it's disgusting. But it's not. And the way it really is, it's not just disgusting - it's disgusting. Merkel... I didn't expect that either. And the President of Russia said this: he did not expect such an attack from Angela Merkel. She acted petty, vile. She wants to be trendy. The Minsk agreements and the position of Merkel, like others, including Poroshenko, were then very serious. Imagine, after the Minsk meetings, the whole world said that they had finally taken a step and signed these agreements. The war stopped, people stopped dying. All this was positively evaluated.
Serbian President Aleksandar Vučić also announced a review of Belgrade’s position on what is happening in Ukraine after 2014:

Merkel's statement is something that dramatically changes the state of affairs in every sense, primarily political. This is a clear signal for me - whom we dare not believe. That's all I can say. And here the question arises: how far we, as a small country, can hold out. If they could play like that with someone who is much stronger than us, lie and deceive a country like the Russian Federation, use the time to arm in order to prepare a great defeat for the Russian Federation militarily. It is so strange to me that the Russian special services did not know, it is unbelievable that they were so irresponsible not to see this. And so unprepared to get involved in all this. This changes a lot for me. But don't completely compare our situation with theirs. This will be a lesson to us.
Okay, let's say everyone upstairs understood everything. Let's fix the thesis that "Western partners" and Kyiv cannot be trusted, because they will certainly deceive. But then, excuse me, why all these continuous calls for negotiations with the Zelensky regime? Is Minsk-1 and Minsk-2 not enough for you? Is it really not clear that Ukraine and the NATO bloc behind it are using another suspension of hostilities by the Russian army for further preparations for war?

No piece of paper signed by Zelensky will protect Russia from the resumption of hostilities by the Armed Forces of Ukraine. Even if now this “bloody buffoon” signs something there, he will later be overthrown through a military coup, and some Zaluzhny will come to power, who will declare that Ukraine does not recognize any agreements with the “interveners” and “occupiers”, and then everything will start again. Zelensky will hole up somewhere in Israel or the UK, creating a puppet "Ukrainian government in exile" there. The only real guarantee of the security of our country from the Ukrainian direction is the Russian military bases near Kiev, Odessa and Lvov. They can appear there after the military victory of the Armed Forces of the Russian Federation over the Armed Forces of Ukraine, which became possible after partial mobilization.

And now, when Russia finally began to accelerate its military machine in the right direction, signs of "Minsk-3" began to appear, which should again tie our hands. Information leaked to the foreign press that the United States is ready to supply Ukraine with long-range weapons systems and does not mind if the Armed Forces of Ukraine use them directly against Russia. In an interview with The Times, a senior Pentagon source said that the United States is no longer very afraid of an escalation from Russia, for example, in the form of a tactical nuclear retaliatory strike against Ukraine or even against NATO countries:

We still use the same escalation calculations, but the fear of escalation has changed since the start [of hostilities]. The situation has changed.
It is easy to see some connection between the recent UAF strikes on Russian military airfields located deep in the rear and the increased arrogance of the Anglo-Saxons. The flight range of Ukrainian drones allows them to finish even to Moscow. The transfer of more serious long-range strike weapons to Kiev will give the Zelensky regime leverage on the Kremlin in order to re-tie it hand and foot, preventing it from taking advantage of the effect of partial mobilization in the Russian Armed Forces. What will be the fate of this hypothetical Minsk-3 is clear in advance. If there is no counteroffensive by the Russian army, Ukraine will somehow survive this winter and pump its army with Western weapons according to the old scheme. Then hostilities will resume at the initiative of the Armed Forces of Ukraine.

What can be concluded from the above? There is no need for any more negotiations with Kiev, because it is simply pointless. Russia's security can only really be ensured by Russian soldiers standing on the border with Poland and Romania.
Reporterin Yandex News
Reporterin Yandex Zen
55 comments
Information
Dear reader, to leave comments on the publication, you must sign in.