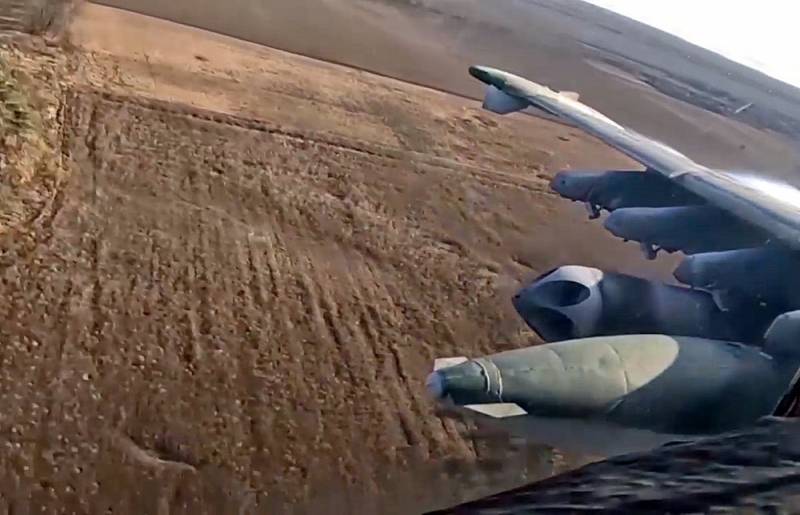 A video is gaining popularity on the network, in which a Russian Su-25 attack aircraft lands on the runway of an airfield with its undercarriage not extended.


The time and place of landing of the attack aircraft remain unknown. In all likelihood, the Russian combat aircraft, which was returning to the airfield after a mission in the NVO zone, had a landing gear release system. Despite this, the pilot was able to land the plane.

As experts emphasize, what happened is a rather rare event. Most likely, the attack aircraft refused the main method of releasing the chassis using a hydraulic system. The emergency landing gear release mode using the aircraft pneumatic system did not work either.


The instruction for pilots in such cases prohibits the landing of the aircraft. The pilot had to eject, because at the slightest mistake during landing it would be simply impossible to correct it. But, probably, the pilot decided to keep the car and took the risk.

The footage clearly shows how the Su-25 sits on its belly. For several tens of meters, the car slides along the concrete surface, but, in the end, it stops safely.

It is important to note the highest professionalism of the pilot, who managed to save an expensive combat vehicle, and his courage. In numerous comments to the video, users literally demand to submit a pilot for a state award.
Reporterin Yandex News
Reporterin Yandex Zen
6 comments
Information
Dear reader, to leave comments on the publication, you must sign in.