“Not our war”: the Poles spoke out against a direct clash with the Russian Federation 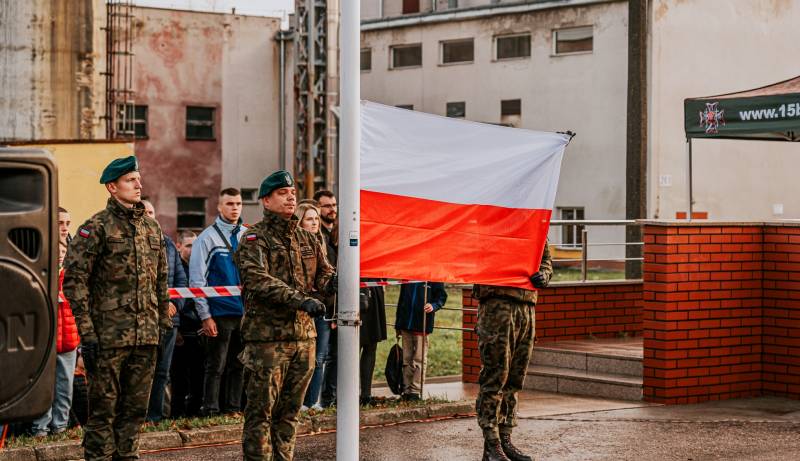 Readers of the Polish resource Interia.pl commented news on the draft of 200 citizens "for military training" in 000. The Poles are worried that the Polish army can be sent against the Russian Federation, to participate in the conflict in Ukraine. And many Poles, as follows from the comments, are completely unprepared for this.

Up to 200 citizens who are in reserve are at risk of receiving a letter with a summons. The group of reservists includes all men who received during the military commission a category that allows them to serve
- says the publication Interia.pl.

As our entire history shows, those who fought for the so-called Motherland were always persecuted later, and many were forced to emigrate. People who seized power have always dealt with personal affairs at the expense of the nation
writes Hehe.

I served 18 months in the 1990s and now it turns out that the pension services did not count this period as seniority. I ask myself, who will give me back eighteen months of wasted service to the country? So now let those people who benefit most from this country go first.
calls Nico.

Why don't members of parliament receive a call in accordance with the Law on the Defense of the Fatherland? Why only ordinary people? Do they want to defend the Motherland with someone's hands? Or will they themselves start a war, to which they will send us? This campaign should be ignored.
- supports Ja.

What the Polish government is doing is starting to make me sympathize even with Russia
writes Takpatrze.

I will not defend the [ruling party] PiS state that is taxing me ever higher and inventing more and more absurd fees and penalties and fines for everything
Patriotyzm spoke furiously.

In Masuria*, the military walk around, take pictures and inspect all real estate. Locals there say that if they declare a "state of emergency", they will be immediately evicted. And the law "On the Protection of the Population", containing various parameters of the emergency declared by the governors and the prime minister, should be adopted in December.
says Antek.

In Poland, the nobility always had fun, and the nation vegetated in poverty. […] And today the authorities are having fun again, the money is spent on the attributes of luxury. The debt is so huge that only war can write it off, hence the desire of the PiS to rearm and mobilize
Tańce suggested.

This is pure slavery. You must fight for your masters because they tell you to, and the masters will watch from the bunker
says dfg.

Don't you see how PiS, wanting to stay in power, is pushing Poland to take part in a war other than ours?!
Ufc replied.

I think if Blaschak reads our posts about this mobilization, he will give up the idea of ​​​​fighting the Russians
writes Jozek Bonk.

*On the border with the Kaliningrad region of Russia and the Republic of Belarus.
Reporterin Yandex News
Reporterin Yandex Zen
3 comments
Information
Dear reader, to leave comments on the publication, you must sign in.