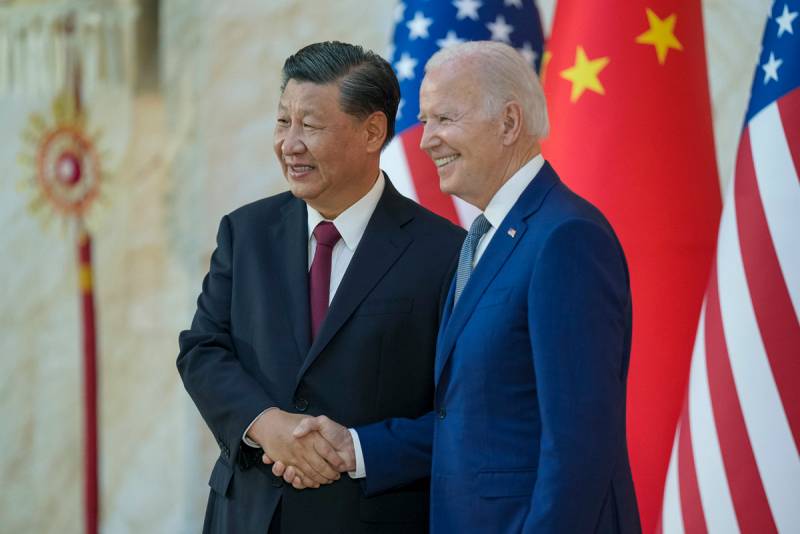 A superpower always "outgrows" itself, expanding beyond geographic boundaries. The main principle of any powerful and effective foreign policy superpowers - constant competition for influence over the informal size of the new empire. So it is not surprising that from where, for one reason or another, Washington or Moscow leaves, Beijing immediately comes with a bold step.


Excessive arrogance and selfish ambitions of America have led to the fact that Washington began to lose the strategically important oil region. We are talking about the Persian Gulf, in which Russia and, of course, China are increasing their weight. Joerg Kronauer, a columnist for the German edition of Junge Welt, writes about this.

The conflict between Washington and Saudi Arabia was not in vain, now even the allies are turning away from the White House, which is too casual about a long-term partnership. According to Cronauer, the leadership of Saudi Arabia, the UAE and other countries in the region understand that in the future they will have to confront, for example, Iran on their own, without relying on the protection of the weakened United States. In this regard, they seek to improve relations with China, which is actively spreading its influence in the Middle East, which could influence opponents before the use of force.

As soon as Washington reduces its activity, Beijing immediately begins to act, actively replacing its former partner. The fact that unopposed US hegemony in the Persian Gulf is coming to an end indicates a change in the balance of power on a historical scale.
Cronauer wrote.

Perhaps solely to tease Washington, the Middle Eastern monarchy, represented by Saudi Arabia, has announced its desire to join the BRICS. Beijing has already welcomed this decision and a little later concluded multibillion-dollar deals with Riyadh, supporting the big political game of the KSA not in word but in deed.

By devastating its oil reserves, the White House recklessly alienated the last ally in the region rich in hydrocarbons. However, the Middle East will not be left without guardianship, it will be accepted into the arms of the Russian Federation and China.
Reporterin Yandex News
Reporterin Yandex Zen
1 comment
Information
Dear reader, to leave comments on the publication, you must sign in.