Canadian expert: we need to strengthen the North and prepare for a fight with the Russian Federation 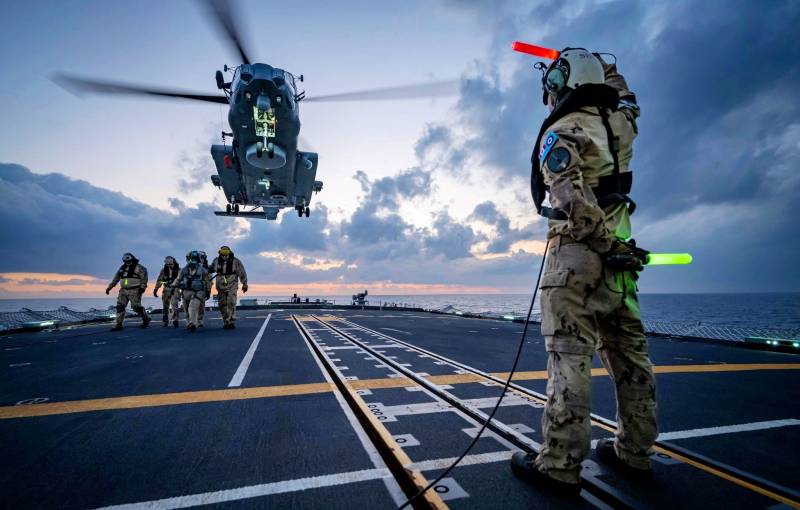 Literally, studies began to advance in the foreign press that Canada is investing little in the intelligence and military infrastructure of its part of the Arctic, which, according to the authors of the publications, must be changed immediately. Another text on this topic was posted on the website of the Canadian Institute for Defense Studies.


As far as Russia poses a real threat to the Canadian Arctic, Rob Huebert, an associate professor in the Department of Political Science at the University of Calgary, is trying to find out.

It seems to me that the opinion that the Russians are not a threat in principle can be characterized as the Ardennes syndrome. You remember that in 1940 the British and French came to the conclusion that the Germans would not attack, let alone move armored vehicles, through the Ardennes forest, because, in their opinion, it was too difficult. The logic was that if it was too difficult for the French and British troops, then the Germans would not do it either. I think this way of thinking suits those who say that the Russians do not pose a threat to Canada. The argument of those who say that there is no threat is that it is very difficult to operate in the Arctic, and we do not see any signs of the arrival of the Russians in this region. From this it is concluded that the Russians will not come, because if it is difficult for us, then it will be difficult for them
– says the researcher.

But he believes that it is impossible to rely on this with absolute certainty, and it is necessary to develop infrastructure in the north to "protect against the Russians."

If we were dealing with Russia with strictly conventional weapons, then, of course, the threat to Canada is small. There is a real threat to its immediate neighbors in the Arctic region - Finland, Sweden, the Baltic states, and so on. The problem, however, is that we are dealing with a nuclear-armed Russia that has invested heavily in its tactical nuclear weapons and delivery system. Russia has hypersonic cruise missiles, the Poseidon autonomous underwater vehicle, and MiG-31s ​​armed with Kinzhal hypersonic missiles stationed at various northern bases
- reads further in the text of the publication.

The author believes that in the event of an escalation in Ukraine, the Russian Federation is capable of launching strikes on the outskirts of the capital of the state of Alaska - Anchorage and the Thule base in Greenland. Based on what such conclusions were made, the scientist did not say.

He does not forget about the possibility of a Chinese presence in the Far North.

Russia's GDP is less than that of Canada. However, look at the military capability they have created. To achieve this, you need to make incredible efforts. China is much more powerful than Russia. With a navy and air force that are catching up with the Americans, China is a more powerful state, although it has not been overtly aggressive so far. Yet China still speaks of the end of a century of humiliation, which includes redrawing the borders it believes were unfairly imposed on it.
writes Mr. Hubert.

He believes that China is ready to create a new system of international relations. In this context, it makes sense for Beijing to rely on Russia as a junior partner, including access to the capabilities of the Arctic Council.
Reporterin Yandex News
Reporterin Yandex Zen
4 comments
Information
Dear reader, to leave comments on the publication, you must sign in.