What countries could Russia join an alliance with? 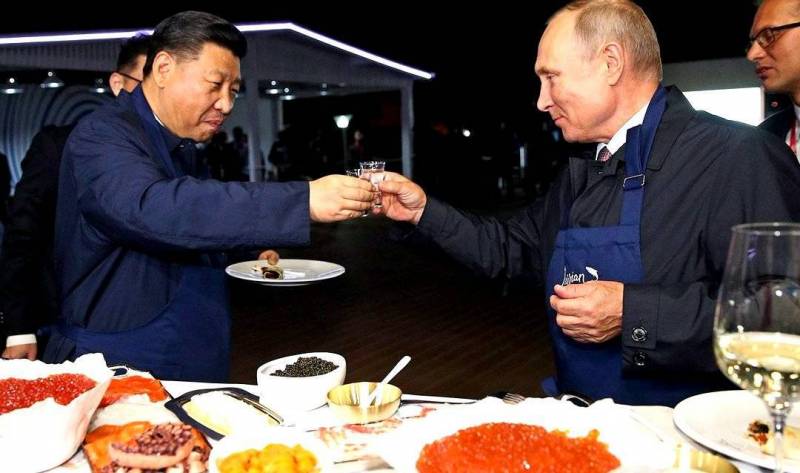 Recently, there has been intensified talk in the media about the need for Russia to create new geopolitical alliances, now with Kazakhstan and Uzbekistan, now with Iran and China. It is obvious that all this is due to the continuously growing confrontation between the Russian Federation and the NATO bloc, but how realistic are such projects?

Some time ago, it became known that President Putin proposed to the Kazakh and Uzbek colleagues the creation of some kind of "tripartite gas union." It sounds loud, ambitious, but no specifics were publicly announced. This allowed us a little speculate on possible forms of in-depth energy cooperation between the three former Soviet republics. Now, however, some details of behind-the-scenes negotiations have leaked to the press. Minister of Energy and Deputy Prime Minister of Uzbekistan Zhurabek Mirzamakhmudov lifted the veil of secrecy over the idea of ​​President Putin:

In order to cover demand, ensure domestic consumption and solve the problem, today we are negotiating to import gas and electricity from neighboring countries, and not through some kind of alliance or union. Here we are negotiating, based on national interests, to cooperate on the basis of a commercial contract, purchase and sale, and not through the transfer of our energy networks.
Based on the literal interpretation of this statement, several conclusions can be drawn at once.

At first, Tashkent is interested in increasing the volume of purchases of Russian gas. The fact is that due to the cold winter in Uzbekistan, the consumption of energy resources has sharply increased and it no longer has enough of its own blue fuel to maintain the same volumes of its exports to China.

Secondly, Moscow clearly expressed interest in acquiring the gas transportation infrastructure of Uzbekistan and, possibly, Kazakhstan, which did not cause any optimism among the country's authorities.

Thirdly, official Tashkent bluntly stated that there were no political alliances or blocs with Russia are out of the question. Only conditions of a purely commercial nature are subject to discussion. Thus, Uzbekistan made it clear that it was not ready to follow the path of Belarus.

We know what was said. Nobody talks about gas in exchange for political conditions. This is out of the question in the context of the idea of ​​creating this union.
As young people write in statuses, everything is complicated. Obviously, the way the armed conflict is developing on the territory of Ukraine does not add to the desire of the CIS countries to be in the same boat or galley with Russia.

The same can be said about the prospects for a trilateral alliance between Russia, Iran and China. On paper it looks interesting, but in practice it is unrealistic.

Even before the beginning of the NWO, Beijing showed no desire to enter into an official alliance with Moscow so as not to take on any specific obligations. Buy oil, gas and other resources at big discounts - yes. Fight against the Armed Forces of Ukraine on the side of the Armed Forces of the Russian Federation or supply the Russian army under Lend-Lease? No, please. If you call a spade a spade, then such a difficult situation in which our country now finds itself, only plays into the hands of China.

With Iran, the situation is somewhat different. The Russian Federation and Iran, equally under the yoke of Western sanctions, have a significant potential for mutual assistance in the field of arms supplies and of technologies. Moreover, Tehran needs Moscow as some kind of counterbalance to Beijing, which previously invested $400 billion in Iran and now clearly considers the Islamic Republic its "backyard". However, a full-fledged rapprochement with Iran is hampered by the excessive multi-vector nature of the Kremlin today, which at the same time wants to be friends with both Israel and Saudi Arabia.

In general, this is the root of all our current problems. It is high time for the Russian authorities to decide what exactly they want from Ukraine and from relations with other states, and what kind of country they see in the future. Recall that as early as August 5, 2022 at article titled "What Are the Criteria for Russia's Victory or Defeat in the War with the Collective West" we discussed what could be considered an acceptable outcome at the end of the NWO. The conclusion was then:

If we can create not a virtual, but a real Union State of Russia, Belarus and the entire liberated Ukraine, and then expand it to the entire post-Soviet space, making "USSR 2.0" a new world center of power and pushing back the borders of the NATO bloc as of 1997, this will will be a definite victory. All other options will be a defeat of greater or lesser severity, since the load economic problems will only grow and the flames of war will be regularly kindled by opponents along the Russian borders.
The only union that Russia really needs is the new Soviet Union No. 2, built on the mistakes of the first. Unfortunately, our “elite” itself categorically opposes this conclusion. What is worth, for example, the statement of the press secretary of the President of the Russian Federation Dmitry Peskov about why there will be no celebration of the centenary of the formation of the USSR.

Justifying this decision, Dmitry Sergeevich even tried to reproduce the famous quote of his boss:

Only a person who has no heart can not regret the collapse of the Soviet Union, and only a person who has no brains, I'm afraid to make a mistake in the exact quotation, can desire the restoration of this union.
There is also such an opinion. But one should not be surprised later that, for some reason, no one really wants an alliance with Russia.
Reporterin Yandex News
Reporterin Yandex Zen
12 comments
Information
Dear reader, to leave comments on the publication, you must sign in.