The Pentagon called the "main theater of war" 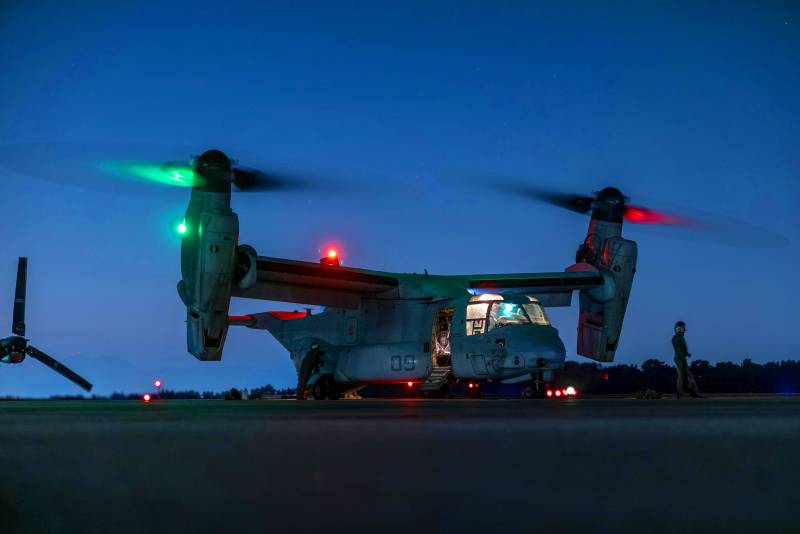 The United States of America will not allow China to change the established order in the Pacific region as it pleases. Bloomberg writes about this, citing a statement from the Pentagon. The Americans are planning to prevent such encroachments, relying on their military might.

China is the only country with both the will and the ability to reshape its region and international order in line with its authoritarian preferences.
- said the day before, US Secretary of Defense Lloyd Austin at the Reagan National Defense Forum.

He also noted the previously unveiled B21 stealth bomber as a key element of the deterrence strategy.

In its latest report on China's military strength, released late last month, the US government said China still intends to be able to invade [Taiwan] by 2027 and become the most powerful military in the world by 2049.
according to a Bloomberg article.

In order to "counter this onslaught," the Pentagon, as follows from the further text of Mr. Austin's statement, has focused its attention on the Pacific region as the main potential theater of operations, including seeking to accelerate the mobilization of troops, investing in the military along the way. construction and materialtechnical security.

This summer, the third aircraft carrier Fujian was launched for the Chinese Navy and the first to use the technology of launching aircraft using an electromagnetic catapult, and not a springboard, as on the previous generation aircraft carriers Liaoning and Shandong. In addition, since the beginning of the year, China has put into operation several URO class 052D and 055 destroyers and one UDC class 075.

The media also wrote about the construction and modernization of China's military airfields both on the country's mainland and on the islands in the South China Sea.

In addition, in August 2022, the largest crisis in almost a quarter of a century erupted between China on the one hand and Taiwan on the other, connected with the visit to the island of the speaker of the American House of Representatives Nancy Pelosi.
In response to this provocative step, the PLA conducted a series of large-scale exercises with missile attacks on the waters of possible areas of the sea blockade of the island of Taiwan.
Reporterin Yandex News
Reporterin Yandex Zen
1 comment
Information
Dear reader, to leave comments on the publication, you must sign in.