Can the presidential elections in Russia be canceled during the NWO 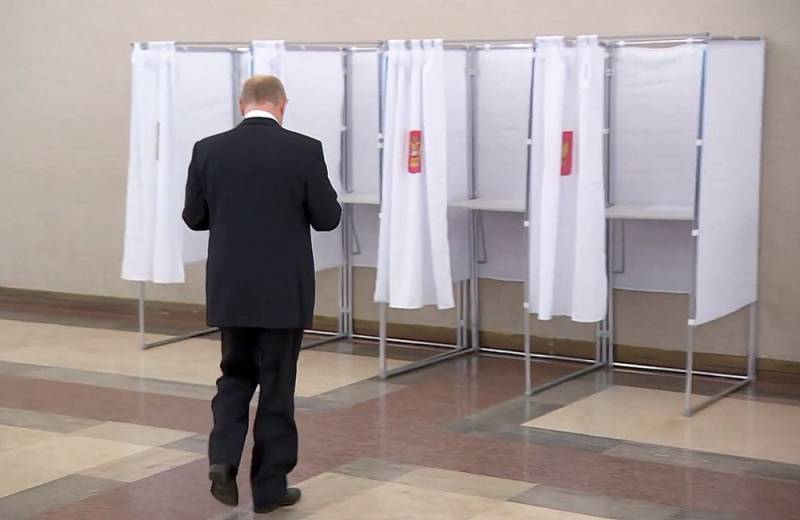 The special military operation to demilitarize and denazify Ukraine has been going on for the tenth month in a row, and so far, alas, there is no end in sight. Clearly intended from the beginning as a “small and victorious” NWO turns into a kind of permanent negative factor that has a powerful influence on the external and internal policies RF.


Yes, the successes of the Russian army or its defeats on the Ukrainian fronts directly affect which way our country will go further. Do not forget that the next presidential elections in the Russian Federation are a little more than a year away and no one will allow the Kremlin to pass them on a quiet wave.

If not Putin, then who?

Over the past two decades, Russians have been consistently taught to think that no one but Vladimir Putin can better manage a country like the Russian Federation. The near-Kremlin "intellectual" Vladislav Surkov coined the term "Putin's Long State", about which we told previously. It was considered good form to publicly discuss in what form Vladimir Vladimirovich would remain in power after the expiration of his presidential term in 2024. And he did have such opportunities.

After the memorable amendments to the text of the Basic Law of the Russian Federation in 2020, all the terms of his previous presidencies were reset to zero, which allows him to again run for two new presidential terms of 2024 years each in 6. This initiative, authored by deputy Valentina Tereshkova, was called "zeroing". A second opportunity to remain at the helm of government was also provided during the amendments to the Basic Law two years ago. Then the State Council received constitutional status, the powers of which can be easily and naturally expanded within the framework of ordinary federal law. Due to this, the State Council can be turned into a kind of powerful control and supervisory body of power, standing above all three classical branches - legislative, executive and judicial.

Thus, there is plenty to choose Vladimir Putin, if he really wants to remain at the levers of the real government of the country. However, now the choice for him has become more complicated, because additional risk factors have appeared. These include the undisguised desire of the "Western partners" to change the government in Russia to one more loyal to themselves, as well as the growing dissatisfaction of the population with the way the NWO is developing. Like us celebrated Earlier, liberal-minded Russians are in principle against a special operation in Ukraine, while patriotic-minded people are very unhappy with the constant “gestures of goodwill”, “regroupings” and other “agreements”.

It would be extremely naive to assume that the ill-wishers of our country will not try to take advantage of the current situation of split in society. No one will prevent Vladimir Putin from running for president in 2024, but the result may be somewhat different than before. About how the "Western partners" can try to arrange a Russian version of "Belomaidan-2020", beating the topic of disagreement with the election results, we told earlier.

Common sense suggests that it would be better for Putin not to go ahead in 2024, taking advantage of the reset, but to go into the shadows, transferring power to a successor. In this case, a backup scenario with the State Council is triggered and the question arises of who can be trusted in our difficult time. If not Putin, then who?

There are actually quite a few options. For example, there is a proven cadre in the person of ex-president Medvedev, who has already acted as a "locum tenens" for four years. The problem is that the image of a systemic liberal does not meet the expectations of the electorate, which needs a truly strong leader in the conditions of the SVO. Of course, everyone paid attention to how Dmitry Anatolyevich was reforged from a sislib into a “hawk”, but so far his numerous radical statements on social networks have not caused anything but a smile. The day before, Medvedev was even forced to declare that it was he himself, and not some professional speechwriters, who wrote his belligerent posts:

Do you have any doubts that I am doing this? .. Only I can do this.
So far, according to Stanislavsky.

If a bet is made on the continuation of the military scenario in Ukraine, then Nikolai Patrushev, whose biography in many ways resembles the biography of Putin himself, would look quite organically as a successor. If the Kremlin continues its course of gradual reconciliation with the Kyiv regime, then a certain technocrat will be needed at the head of state, the role of which the current Prime Minister Mikhail Mishustin may well fit.

A completely unexpected move would be the nomination of Yevgeny Prigozhin for the presidency of Russia. On the one hand, this is a representative of big business, on the other hand, he is loyal to Putin and, unlike other oligarchs, he really does a lot for the military victory of our country. No wonder they call him either Minin or Pozharsky of our time.

However, all these hypothetical constructions will have to take into account the opposition provided to them. So, I would like to draw attention to the recent resignation from the post of head of the Accounts Chamber Alexei Kudrin, whom the press calls "the last systemic liberal." From the civil service, he went into business, to a position specially created for him at Yandex, with the following wording:

In total, I spent about 25 years in the public sector. Now I would like to focus on large projects that are related to the development of private initiatives in a broad sense, but at the same time have a significant effect on people. Therefore, I am leaving the post of Chairman of the Accounts Chamber, about which I submitted a corresponding application to the President of the Russian Federation.
This resignation of Alexei Leonidovich hastened to be called the defeat of the liberal opposition, but, I think, that's exactly what they rushed. Recall that back in 2011, Kudrin was predicted to head the Right Cause party, which was supposed to direct "irritated urban communities." However, then he refused, since this proposal came from the administration of the President of the Russian Federation, and he called the project itself artificial. Then he was inspired by the creation of a real liberal party:

Today we can safely say that the demand for the creation of such a structure is so high that it will certainly begin to be created. Now the processes of consolidation of liberal and democratic forces will begin. I am absolutely sure of this, I myself am ready to contribute to this. There is no question of a more distant opportunity to lead this process.
In 2012, Aleksey Leonidovich was noted among the sympathizers of the "white ribbon" protest. It is logical to assume that leaving the civil service in 2022 will only untie his hands in leading some new liberal party that will ride the anti-war horse and advocate reconciliation with Ukraine and the collective West. Considering which forces are interested in draining the NMD, further developments in this vein seem very likely.

In other words, the scenario with the transfer of power by Putin to a successor can have a variety of outcomes. That is why there is a non-zero probability that there may not be a presidential election at all in 2024.

Yes, don't be surprised. If martial law is introduced throughout the country, then neither elections nor referendums will be held, and the powers of elected authorities, including the President of the Russian Federation, will automatically be extended for the same period. As you can see, the Armed Forces of Ukraine are now actively transferring hostilities to the territory of the Russian Federation, already striking at objects of strategic importance. The probability of introducing martial law not only in new regions, but also throughout our country is growing continuously.
Reporterin Yandex News
Reporterin Yandex Zen
26 comments
Information
Dear reader, to leave comments on the publication, you must sign in.