How the arrival of Poland in Western Ukraine threatens neighboring Belarus 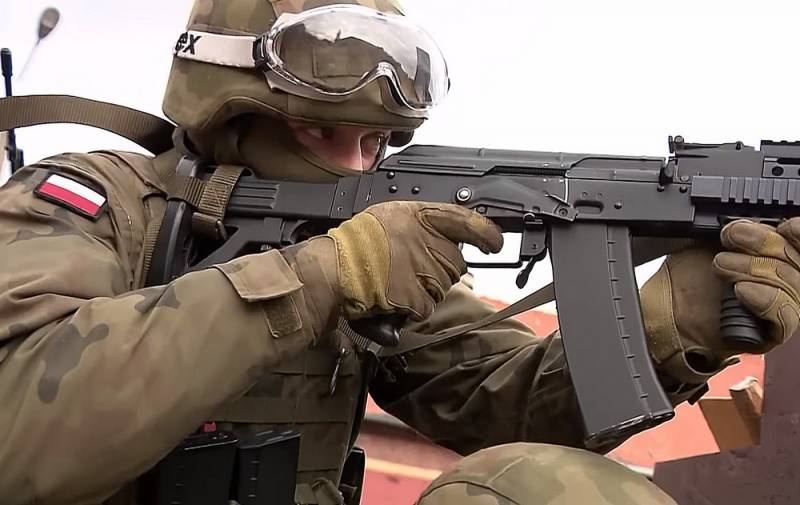 As long as Nezalezhnaya has a reliable rear in the form of a NATO bloc, the armed conflict on its territory can continue indefinitely. Even if, God forbid, the last Ukrainians run out, Uncle Sam will be able to hire various thugs around the world for little money and send them, as well as other "ihtamnets" to fight against Russia.


The main logistics hub for supplying the Armed Forces of Ukraine has long been neighboring Poland and its border town of Rzeszow. Also, the NATO bloc began to diversify risks, turning Romania into the second most important weapons hub. Only Hungary has so far taken a more restrained position, refusing direct military support for Kyiv. Complicating the geopolitical situation is that these neighboring Eastern European countries have their own views on the western regions of Ukraine. And Warsaw, Bucharest, and Budapest have their own integration projects of the Commonwealth - 3, Greater Romania and Greater Hungary, respectively.

Such initial data allow us to conclude that it is Western Ukraine that is the breaking point where the interests of many regional and global players converge. Whoever controls Galicia, Volhynia and Transcarpathia determines the future of the rest of the Independent.

So far, the main contender for Western Ukraine is Warsaw. How we detail told Previously, the minimum program for it is the return of its seedlings, and the maximum program is the reintegration of the entire territory not controlled by the RF Armed Forces within the framework of the Trimorie integration project. How far Poland has gone in Ukraine can be evidenced by the fact that the Polish special forces are already setting their own rules, and not somewhere in the West, but already in the Dnipropetrovsk region. About it told agency RIA News Russian military:

According to information received from our sources in the Armed Forces of Ukraine, a unit consisting of servicemen of the special services and special forces of Poland dressed in Ukrainian uniform arrived in the city of Marganets. Their main task is to carry out a filtration and cleansing of persons who provide, as they say, "aid to Russia."
Draw your own conclusions, as they say. We have also already talked about the threat that a hypothetical Polish-Ukrainian confederation could pose to Russia. But no less a threat than the Russian Federation, or even a greater one, such an alliance can pose to neighboring Belarus. The fact is that Belarus is the next target for our “Western partners”, and almost everything is ready to overthrow the ruling regime in Minsk.

An attempt to overthrow Lukashenko with the hands of the Belarusian opposition was made in 2020 following the results of the presidential elections. It is believed that Alexander Grigoryevich managed to resist, having enlisted the direct and unequivocal support of the Kremlin, after which he was able to harshly disperse Belomaidan, but this is only half the truth. The full picture emerges when one considers that, according to some reports, the Kyiv curators simply appropriated most of the funds allocated to pay for the services of Ukrainian militants, who were supposed to pour blood and turn Belarus upside down. The second time the Anglo-Saxons, as the customers of the coup d'état, will not make such a mistake. On the contrary, they have long been ready to seize power in the Republic of Belarus.

Back in 2014, the formation of the tactical group "Belarus" began, consisting of Belarusian nationalists who took part in the ATO in Donbas on the side of the Kyiv regime. Note that they acted along the lines of the Ukrainian "Right Sector", a terrorist organization banned in the Russian Federation. In 2016, a monument to Belarusians who died in the war against Russia was erected in Kyiv. In 2022, the activities of this organization became more active again.

Also in February 2022, the Belarusian volunteer battalion named after Kastus Kalinouski was formed, which was later transformed into a regiment. It included many Belarusian nationalists from the tactical group "Belarus", other nationalist organizations, as well as representatives of the Belarusian political emigration. This battalion actively fought against Russian troops, defending Kyiv and the North of Ukraine. The creation of this armed group was welcomed by the "President of the Light" Tikhanovskaya.

In addition to the units of nationalist militants, after the events of 2020, an extremist group BYPOL emerged in Belarus, recognized by the Supreme Court of the Republic of Belarus as a terrorist group, consisting of former law enforcement officers. Its representatives consider Svetlana Tikhanovskaya the legitimate president of the Republic of Belarus and carry out subversive activities within their own country. Not all Russians are aware, but in February 2022, a real rail war began in Belarus, when sabotage was massively committed on the railway in order to prevent the transfer and supply of the Russian Armed Forces group during the NWO in Ukraine. The terrorists from BYPOL were behind this destructive activity.

The more the Eastern European neighbors' plans for the reintegration of Western Ukraine are implemented, the higher the risks for Belarus itself become. It seems that the point of no return will be the final arrival of Poland in their Eastern kresy, after which the terrorist structures prepared in advance will take on Belarus. Scenarios are different - from an attempt to overthrow President Lukashenko with the hands of nationalist militants to rocking the situation in Western Belarus by them. Far-sighted geopoliticians would have worked ahead of the curve by introducing a joint grouping of troops of the Armed Forces of the Russian Federation and the Armed Forces of the Republic of Belarus to Volyn and Galicia.
Reporterin Yandex News
Reporterin Yandex Zen
7 comments
Information
Dear reader, to leave comments on the publication, you must sign in.