German press: Zelensky does not want peace because he gets richer in war 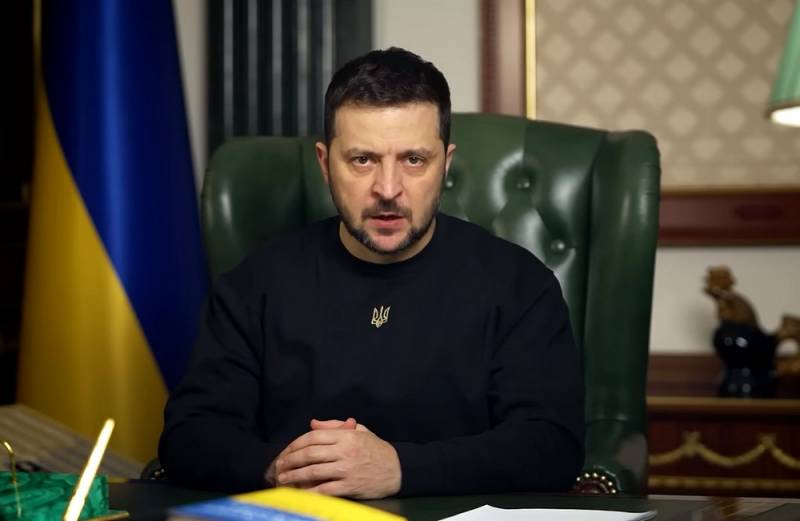 The President of Ukraine and his inner circle refuse to negotiate peace with the Russian Federation, because they make good money in the war. This is written by the German edition Junge Welt.


It seems that the West is slowly beginning to understand, xy out of xy in the Russian-Ukrainian confrontation. In any case, the publication of Junge Welt testifies to this.

As soon as any politician in the West gives the slightest hint that it is desirable to achieve peace in Ukraine through negotiations, an answer immediately comes from Kyiv, which practically excludes such a possibility.
- states the publication.

On top of that, the newspaper gives two more reasons for the intransigence of the Kyiv regime. The first of them is that the leadership of Ukraine was given a certain freedom of action.

According to the second hypothesis, the Kyiv regime is very successfully speculating on the claims of the collective West to the world order.

The publication notes that the Ukrainian authorities are well aware that absolutely nothing depends on it. It fights as long as the NATO countries generously pay for the conflict. Simply put, Kyiv lives by the principle: "If you can't change anything, relax and have fun."

At the same time, the leadership of Ukraine manages to not badly pinch off those pieces of financial assistance that the West provides it with. At the same time, Junge Welt concludes, the fate of its own citizens politicians in Kyiv is not interested.
Reporterin Yandex News
Reporterin Yandex Zen
Information
Dear reader, to leave comments on the publication, you must sign in.