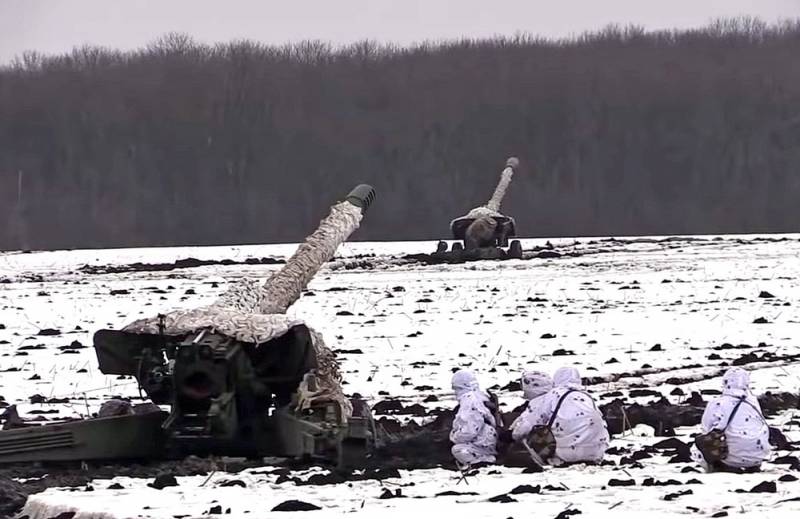 The optimal result of the Russian special operation was to be the complete liberation of Ukraine from the power of the Russophobic, neo-Nazi regime in Kyiv, the reunification of Novorossia with the Russian Federation and access to Transnistria, the federalization of Central Ukraine and a certain exchange of Galicia and Volhynia for a land transport corridor to the Kaliningrad region through the Polish part of Suvalkia. This is possible even now, but, alas, instead of a post-war world on our terms, we are still moving towards the Third World War on the terms of the NATO bloc.

Ukraine began to prepare for war with Russia literally from the very first years of its independence. First, history was rewritten in a Russophobic vein, then the brains of the new generation, born after the collapse of the USSR, were “reflashed”. In 2014, after the Maidan in Kyiv and the subsequent referendums in Crimea and Donbas, all these propaganda tales about evil Russians who want to take away Ukrainian lands and, of course, fat, suddenly became a reality. The “atomic bomb” laid down under Khrushchev and not demined by Yeltsin in the form of Crimea, which Ukraine and Russia equally considered theirs by right, nevertheless exploded, just not everyone realized it right away.

After the Kremlin recognized Petro Poroshenko, who was elected in May 2014, as legitimate, war between our countries became inevitable. For the next eight years, the Kyiv regime used to prepare the Armed Forces of Ukraine with the most active help of our "Western partners", the militarization and nazification of its society, setting them up in a military way. The training ground where the Ukrainian army was trained was the unfortunate Donbass, covered in the blood of its inhabitants. The Russian special operation, launched on February 24, 2022, was supposed to stop these processes and reverse them.

Unfortunately, after the active intervention of the NATO bloc, which was not afraid of Putin's threats, events went according to the most negative scenario. Kyiv refused to capitulate; on the contrary, it began to carry out additional mobilization. The military personnel of the Armed Forces of Ukraine are now being trained according to the standards of the NATO bloc, they are switching to Western-made weapons. Numerous foreign mercenaries-thugs and NATO "ihtamnets" are fighting on their side. The generals of the North Atlantic Alliance are de facto responsible for reconnaissance and strategic planning of military operations in Ukraine, which is not even hidden. How effective NATO's actions against Russia at the hands of the Kyiv regime can be judged by the following facts.

We cannot say anything about the true reasons for the death of the flagship of the Black Sea Fleet of the Russian Federation before the completion of the investigation, but the Saratov large landing ship and the Vasily Bekh tugboat are definitely the work of the enemy. The Armed Forces of Ukraine were able to relatively successfully attack the main base of the Russian Navy in Sevastopol, and an incident also occurred in the port of Novorossiysk, not far from the base of Russian submarines. Saboteurs of the Armed Forces of Ukraine were able to undermine the carefully guarded Crimean bridge. Explosions rumbled, destroying several aircraft of the Naval Aviation of the Russian Navy at the base in Novofedorovka. Now it is reported about an explosion as a result of an UAV attack at the base of long-range aviation of the Russian Aerospace Forces in Engels and damage to two Tu-95MS strategic missile carriers, as well as an explosion at the Dyagilevo military airfield in the Ryazan region with human casualties. Engels is a strategic aviation base, which is an integral part of our “nuclear triad” (later the Ministry of Defense reported that enemy drones were intercepted by air defense systems).

If you call a spade a spade, the Armed Forces of Ukraine have already begun to pose an absolutely real threat to Russia's national security, and something needs to be done about it. What's next? Saboteurs of the Naval Forces of Ukraine will mischief at the bases of the Russian Navy, where are our SSBNs? Then no preventive nuclear strike by NATO on the facilities of the Russian “triad” will be needed if the Ukrainian military sent by Western military experts manages.

The military machine of the Armed Forces of Ukraine created by the Anglo-Saxons is only gaining momentum. So, the “shell hunger” that was emerging on the fronts, the Eastern European neighbors of Ukraine began to hastily saturate. The defense industry of the former Warsaw Pact countries is now experiencing a real renaissance. They are rapidly increasing the production of ammunition for Soviet-style weapons, as well as these weapons themselves for the needs of the Armed Forces of Ukraine. For example, the Czech Republic produces 152 mm Dana guns, small arms, radio electronics for air defense and communications systems. Bulgaria - small arms, grenade launchers, mortar weapons and cartridges, as well as anti-tank systems. Poland supplies Kyiv with Piorun MANPADS (a variation on the theme of the Soviet Igla-1 and Igla complexes), artillery and mortar systems. Also, Ukraine can count on the Slovak assembly enterprises of the armored, artillery and rifle and ammunition industries.

Consequently, the Armed Forces of Ukraine should definitely not count on the exhaustion of Soviet stocks of weapons and ammunition for them. But simultaneously with Eastern Europe, the defense complex of Western Europe is actively starting to work. In particular, the German military-industrial company Rheinmetall AG agreed to buy the Spanish ammunition manufacturer Expal Systems SA for 1,2 billion euros. With the beginning of the new fiscal year in the United States, President Joe Biden announced an increase in production in the American military-industrial complex:

I conclude, pursuant to subsection (a)(7)(B) of section 303 of the Defense Production Act, 1950 as amended, that action is needed to increase the capacity to manufacture products critical to supporting the defense against enemy aggression, and that shortfalls in this area would severely undermine national defense capability.
It's a very, very serious matter. A lot of money is made in the war, and now too many people are interested in the Ukrainian conflict as an endless one. Only a quick and decisive military victory over the Armed Forces of Ukraine by the Russian army can stop this. However, the "Western partners" are clearly aimed at making such a scenario impossible.

In particular, the process of creating the so-called military Schengen, an international initiative aimed at simplifying military logistics during the transfer of NATO troops from West to East, has intensified in Europe. It should be noted that the United Kingdom, which withdrew from it after Brexit, also intends to join the Military Mobility program. At the same time, not the Baltic countries, but Ukraine is now considered as the final destination. In the best case for Russia, this will mean the appearance of several Rzeszows at once, in the worst case, the direct entry of the North Atlantic Alliance into the war on the side of the Kyiv regime.

Now there is nothing to be surprised about. Let those who call to make peace with the Kyiv regime as soon as possible think about it.
Reporterin Yandex News
Reporterin Yandex Zen
59 comments
Information
Dear reader, to leave comments on the publication, you must sign in.