Sources report a drone strike on Tu-95MS base airfield 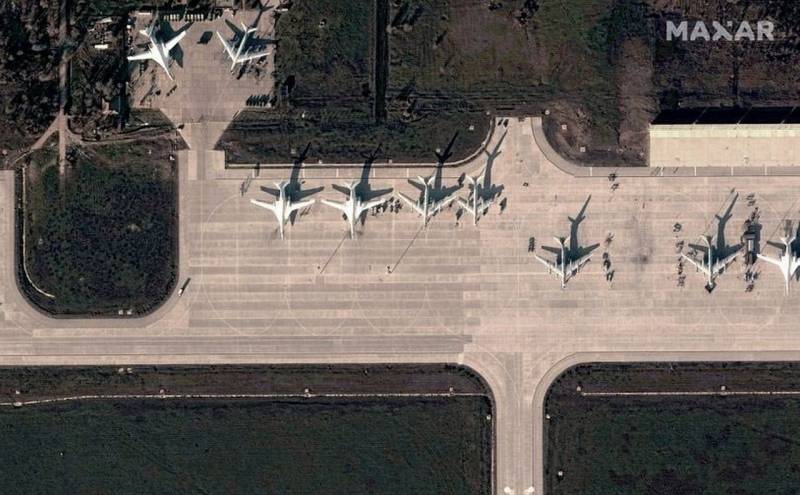 According to the Rybar telegram channel, in the early morning of December 5, an unknown drone attacked the strategic aviation base in Engels, Saratov Region. The explosion was recorded around 06:04 local time. Preliminarily, at least two injured servicemen and two damaged Tu-95MS missile carriers are reported.


This information has not yet been commented on by the Ministry of Defense of the Russian Federation.

Somewhat later, there were reports of another incident, but with human casualties. A fuel truck exploded at the Dyagilevo airfield in the Ryazan region. As a result of the accident, three people were killed and six more were injured. There are no official comments yet.


Practically simultaneous explosions at two airfields based on the aviation of the Russian Aerospace Forces can hardly be considered an accident. It is obvious that the Ukrainian terrorists committed a carefully planned sabotage. And if the Dyagilevo airfield can theoretically be attacked by drones from the territory of Ukraine, then the attack on strategic missile carriers in Engels raises questions.

As recently as Thursday, Western media actively published satellite images of the base, analyzing the dynamics of aircraft rotation. Four days later, an attack was made on the airfield in Engels.

From Engels to the border of Ukraine in a straight line a little more than 700 kilometers. If Kyiv already has an attack drone with such a range, then even the capital of Russia could be under attack. If the Ukrainian terrorists do not yet have such a large UAV at their disposal, it means that enemy sabotage and reconnaissance groups are already working deep in the rear of the Russian Federation.

The result of today's events should be the maximum strengthening of counter-terrorism measures throughout the country and the infliction of full-fledged retaliation strikes throughout Ukraine.
Reporterin Yandex News
Reporterin Yandex Zen
18 comments
Information
Dear reader, to leave comments on the publication, you must sign in.