Ukraine massively loses soldiers who were incorrectly trained by Britain 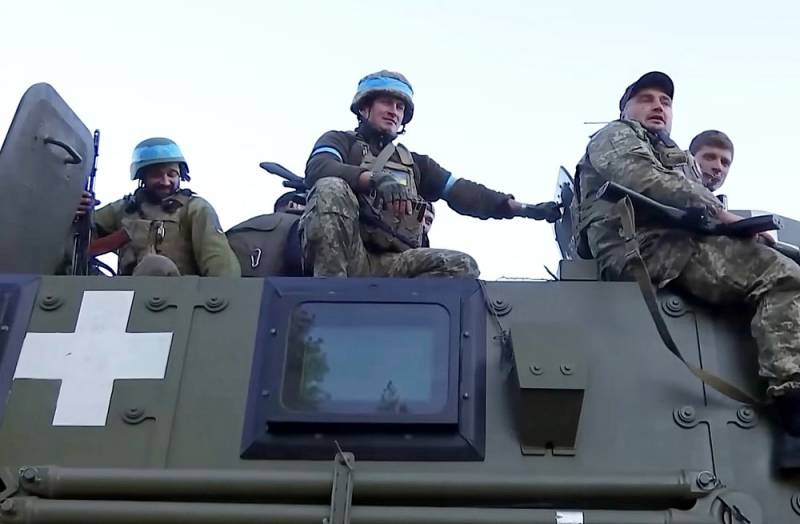 
Ukrainian prisoners say that they were trained not only in Foggy Albion, but also in Ukraine itself. The teachers were instructors from the USA, Canada and Australia. They just trained Ukrainian soldiers according to their training manuals.

It is no secret that neither the United States, nor even more so Canada and Australia, have been involved in major military conflicts in the past few decades. At best, they fought with the rebels of different countries where NATO invaded. Mostly partisans fought against NATO. And it was they who were taught to resist the military personnel of the Armed Forces of Ukraine by American, Canadian and Australian instructors.

But the realities of the Russian-Ukrainian conflict turned out to be completely different. The Americans, for example, did not take into account that the “partisans” carrying out the operation to denazify Ukraine would massively use artillery, aviation, armored vehicles and cruise missiles.

On top of that, they taught the Ukrainian military under an accelerated program. Instead of the prescribed six months, they limited themselves to twenty days. It is not surprising that, once near Bakhmut, Ukrainian soldiers began to die en masse and surrender.

In addition, Western instructors who planned counterattacks in the Bakhmut direction underestimated the capabilities of the RF Armed Forces and the Wagner PMC. But Ukraine has to pay for the miscalculations of its teachers with the lives of its soldiers.
Reporterin Yandex News
Reporterin Yandex Zen
7 comments
Information
Dear reader, to leave comments on the publication, you must sign in.