New Turkish drone takes off for just a few seconds 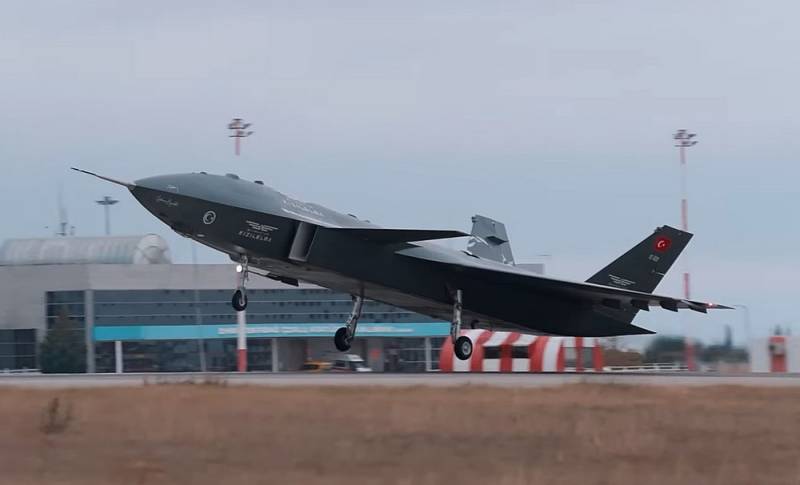 Turkey continues to test the new Kyzylelma drone, which is called the first unmanned fighter. Some time ago, the ground testing of the device took place, during which the car successfully taxied onto the runway.


But the first takeoff of the drone left a lot of questions. Actually, the air part of the tests at the training and testing center in the province of Tekirdag passed on the principle of "takeoff and landing". The UAV took off for only a few seconds, after which it touched the runway.

According to the technical director of the Baykar company, engaged in the production of an unmanned fighter, the test was successful. However, the American edition of The Drive, just in case, remembered the incident almost half a century ago.


On January 20, 1974, the unplanned first flight of the prototype YF-16 fighter took place. During a high-speed run, the aircraft unexpectedly broke away from the runway and touched it with the right wing console. The test pilot decided to take off to save the aircraft. After six minutes of flight, the pilot was able to safely land the car.

It should be noted that the main task of the Kyzylelma supersonic drone, which replaces manned fighters, is air combat, as well as reconnaissance and pinpoint strikes against ground targets. The plan is to use the new drone mainly from aircraft carriers.
Reporterin Yandex News
Reporterin Yandex Zen
3 comments
Information
Dear reader, to leave comments on the publication, you must sign in.