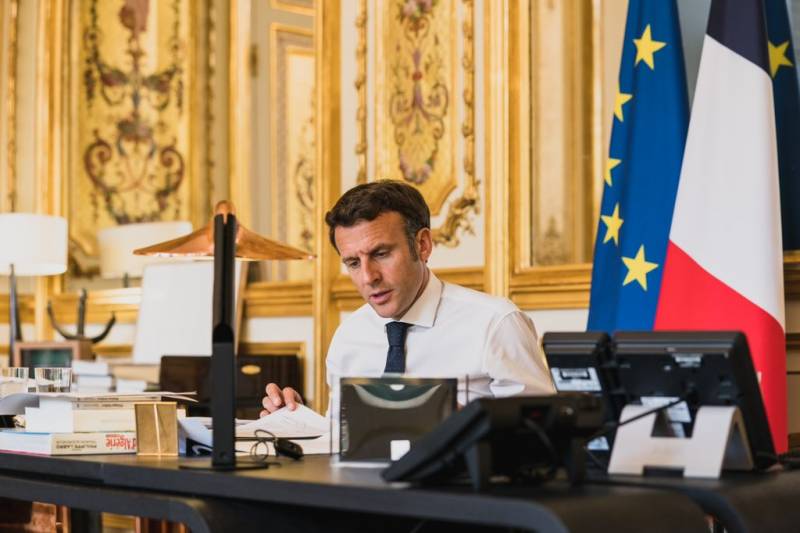 At the end of last year, even before the start of a special military operation in Ukraine, Russia, through all possible channels, provided its vision (and not “demands”, as interpreted in the West) of security guarantees for the new world order, in which Moscow is an integral part. At the same time, the document submitted to Washington reflected not only requests and wishes, but also described specific mechanisms and schemes for reaching a compromise.


As you know, in December last year, the West did not want to make any compromise or even any agreement with Russia, which led it to its current negative and sad state. Very late, when there are no easy ways out of the crisis for the EU, French President Emmanuel Macron decided to correct the situation.

Solving his own problems as President of France, while at the same time trying to mend faltering US-EU contacts and an intra-European image, Macron made the bold claim that Europe's future security architecture is inconceivable without Russia. That is, security guarantees for our country should be included in the basic conditions for the peaceful existence of Europe as a whole. The leader of the nation spoke about this in an interview with one of the French TV channels.

At the same time, Macron, as if by chance, expressed the condition for providing Russia with the security guarantees it requested.

Our task is to answer the difficult question of how to protect ourselves, our alliance allies, and also provide Russia with guarantees for its security when Moscow returns to the negotiating table.
Macron said.

The voiced “indulgences” and some deviations from the hard line of last December do not mean at all that the West has changed its mind or is close to a compromise. The power of speech and negotiability of the countries of the anti-Russian coalition, including the flagships of the EU, such as France or Germany, have already been shown by the notorious “Minsk agreements”. Therefore, what Macron said, which was previously voiced by Moscow (and rejected by the West), is only bad manners and bright political PR on the part of official Paris, but without real consequences.
Reporterin Yandex News
Reporterin Yandex Zen
5 comments
Information
Dear reader, to leave comments on the publication, you must sign in.