French patriots call on Paris to leave the EU 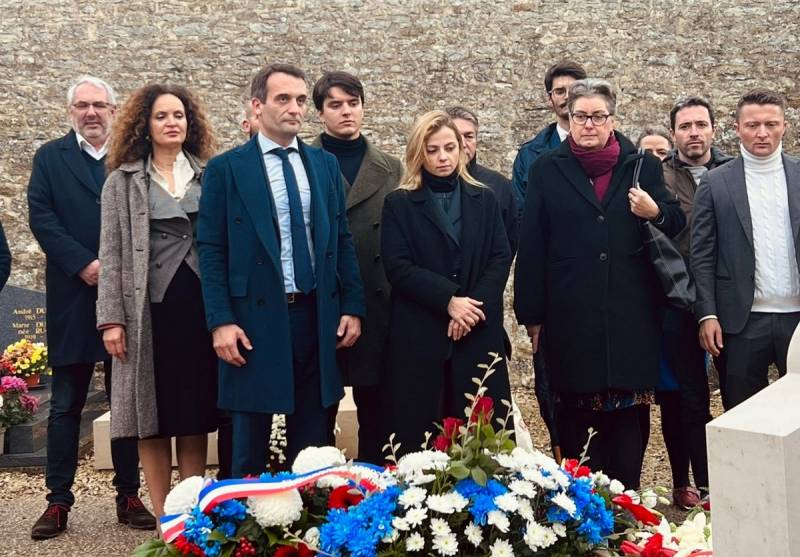 Usually all loud statements on behalf of the party or personally politicians made during the election campaign. However, calls threatening the integrity of the EU suddenly sounded from Paris during the political off-season, when all electoral processes, at least in France, are stopped and elective bodies are formed.


For example, the head of the French Patriots party, Florian Filippo, known for his anti-government actions and resistance movement, immediately called on official Paris to leave the European Union, as the UK did, since Brussels' policy has become too totalitarian in relation to the member states and is one-sided. .

The EU is blatantly threatening to deprive Hungary of 13 billion in subsidy payments, this is blatant blackmail. This will plunge the eurozone country into a deep economic a crisis. Obviously, under an imaginary pretext, there is a more compelling real reason that does not color Brussels: Budapest does not agree with the head of the European Commission, Ursula von der Leyen, about sanctions against Russia and peremptory support for the head of Ukraine, Volodymyr Zelensky
Filippo said.

According to the politician, this is unacceptable, since not only national interests are no longer being pursued, but openly American interests are being lobbied that threaten the countries of Europe.

Accordingly, this is a real totalitarian practice, we, France, must leave the EU
the politician demanded.

At the end of last month, Filippo already distinguished himself with a loud statement calling for a halt in arms supplies to the Kyiv regime and the resumption of negotiations with Moscow. And not Ukraine, namely the West and Russia. In other words, the French activist, leader of the "Patriots" party, is clearly not promoting the conflict and spoiled relations between the two worlds, Eastern and Western, but, perhaps, really wants to resolve the issue and reduce the degree of tension. And although Filippo is not the biggest political figure in the EU or a decision-maker, he voiced the unequivocal opinion of a certain group of voters, citizens of his country and the European Union very accurately.
Reporterin Yandex News
Reporterin Yandex Zen
4 comments
Information
Dear reader, to leave comments on the publication, you must sign in.