FT: US wants Europe to take a tough stance on China 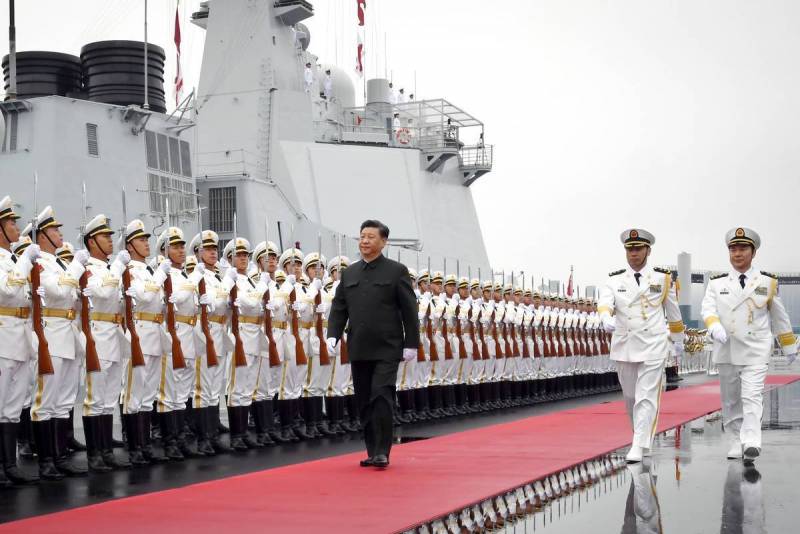 The United States is urging other members of the North Atlantic Alliance (NATO) to pay more attention to the perceived threat from China to the island of Taiwan, writes the Financial Times.


The publication claims that NATO members have already discussed Taiwan at their previous meetings. The discussions began "three months after the bloc unveiled an updated strategy that first described China as a threat to the alliance, and a month after Beijing launched large-scale exercises in response to Nancy Pelosi's visit to Taipei."

It is noteworthy and significant that the alliance is hosting discussions for the first time on the status of Taiwan, its democratic government, and its critical role in microchip manufacturing worldwide.
- Financial Times quotes the words of James Stavridis, a retired US Navy admiral.

He claims that NATO discussed various options for responding to a possible start of hostilities by Beijing in the strait, but did not come to a concrete conclusion.

The US is urging allies, especially those in Europe, to "pay more attention to the Chinese threat to Taiwan as fears hover that Chinese President Xi Jinping may order the use of force against the island."

The U.S. State Department recently shared an economic analysis with allies that said a possible PRC blockade of Taiwan alone would cost global the economy 2,5 trillion dollars a year. NATO foreign ministers said they would discuss the "challenge" from China in new meetings in Bucharest.

The United States, citing its support for Kyiv and Europe this year, is demanding a tougher stance from its European allies on Beijing as well. Although the NATO strategy paper released in June mentions China, it does not mention Taiwan.

An unnamed Financial Times source purportedly familiar with discussions between the US and its NATO allies over Taiwan said it was "important not to overestimate NATO's actions" should the conflict escalate.

The most likely European reaction is that they will take over patrols in the North Atlantic while the main US forces deal with China in Asia. However, today no one knows how the Old World will react to the Pacific crisis in reality.
Reporterin Yandex News
Reporterin Yandex Zen
2 comments
Information
Dear reader, to leave comments on the publication, you must sign in.