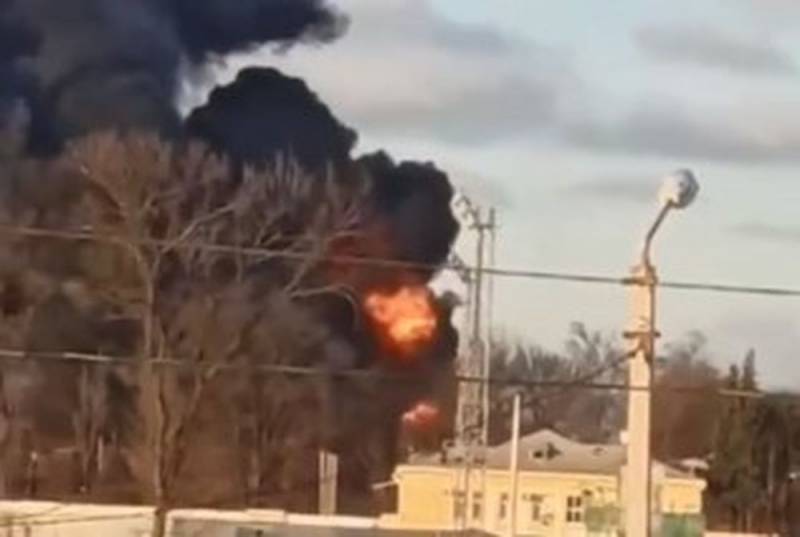 On the afternoon of December 3, Ukrainian information resources and functionaries reported that Russian troops launched a missile attack on the industrial zone in Kramatorsk (the territory of the DPR, temporarily under the control of the Armed Forces of Ukraine). Residents reported on social media that they heard a series of powerful explosions.


The local city council clarified that four arrivals of ammunition from the RF Armed Forces were recorded, after which fires began. At the same time, the mayor of the city, Alexander Goncharenko, claims that there were no casualties and injured people. He added in his blog that the scale and consequences of the destruction are being specified.

Eyewitnesses recorded what was happening. The frames of several videos show severe fires in the territories of two enterprises: the Starokramatorsk Machine-Building Plant (SKMZ) and the Kramatorsk Metallurgical Plant. V. V. Kuibyshev ”(KMZ named after Kuibyshev), thick clouds of black smoke from which covered part of the city.

At the same time, it turned out that units of the Armed Forces of Ukraine are based on the territories of these enterprises that have not been operating for a long time. Ukrainian military personnel are constantly there, they store fuel and lubricants there, and also hide ammunition and carry out repairs equipment in the shops. In addition, there are bomb shelters that are actively used by the personnel of the Armed Forces of Ukraine. The Russian Defense Ministry has not yet commented on the incident.
Reporterin Yandex News
Reporterin Yandex Zen
2 comments
Information
Dear reader, to leave comments on the publication, you must sign in.