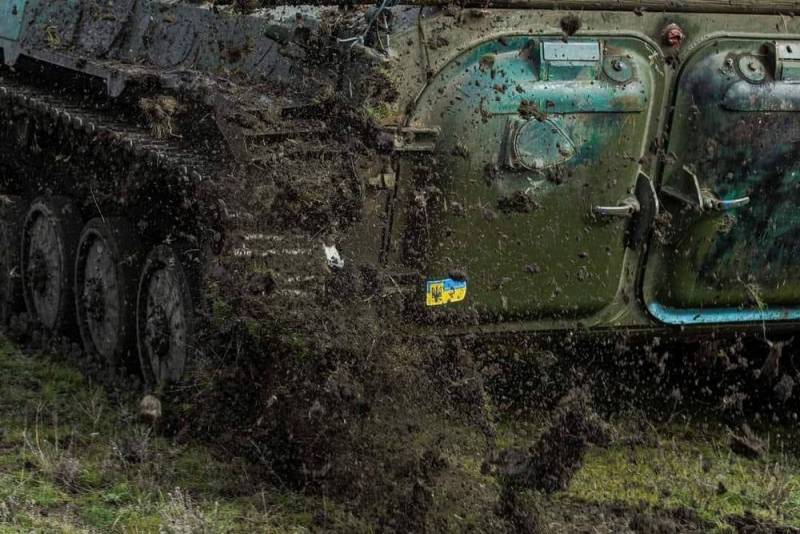 Russian intelligence officers told the media that they met tanks, infantry fighting vehicles and armored personnel carriers of the Armed Forces of Ukraine with welded hatches from above and below at the front. Thus, the Ukrainians are forcibly kept there so that the crew cannot leave the armored vehicles on their own.


According to scouts, many such crews of the Armed Forces of Ukraine do not conduct combat operations. They turn the tower in the opposite direction and drive towards the Russian positions, tapping SOS signals on the hull with a Morse code, after which the Russian Armed Forces soldiers pull them out.


This information was skeptically received by a number of Russian military correspondents and near-military publics. They reacted with a certain amount of military humor to statements about surrendering prisoners, blocked in technology Ukrainian military personnel. One of them is the Older Edda Telegram channel, which has its own sources of information from the front line in the SVO zone.

There are several things in the war that are talked about, but that no one has personally seen: thousands of black mercenaries, Polish women snipers, Ukrainian tankers who surrender in tanks with sealed hatches.
– stated in the publication of December 3.

The experts of the Older Edda Telegram channel made it clear that now it is not difficult to document a tank with sealed hatches and people knocking inside, who are then taken out of there. If there were such cases, then the videos would certainly appear and would become very popular on the Web.

Once again I see in the Russian media news about Ukrainians on welded tanks and still trying to understand how they welded the lower evacuation hatch?
- they clarified and at the same time asked in the Telegram channel “Older than Edda”.

In addition, the logic itself is violated in this story, because the Ukrainian commanders, for example, once managed to deceive their subordinates and they would not shoot at them. But what to do later if the crews return? It is necessary to open the hatches each time, replenish the ammunition and find new subordinates in order to “shove” them into the armored vehicles and weld the hatches. Therefore, according to experts from the Telegram channel "Older than Edda", the story is one of the army tales (harmless jokes), like the writings of reckless hunters and fishermen, nothing more.

A comment from my good friend from the front regarding a report about the welded hatches of a Ukrainian tank: “Negroes were sitting in the tank, the Pole driver was their translator. And the hatch was sealed by an Estonian sniper in white pantyhose.”
- added to the Telegram channel "Older than Edda".
Reporterin Yandex News
Reporterin Yandex Zen
10 comments
Information
Dear reader, to leave comments on the publication, you must sign in.