In search of Colonel Strelkov: where is the ex-Minister of Defense of the DPR Igor Girkin now 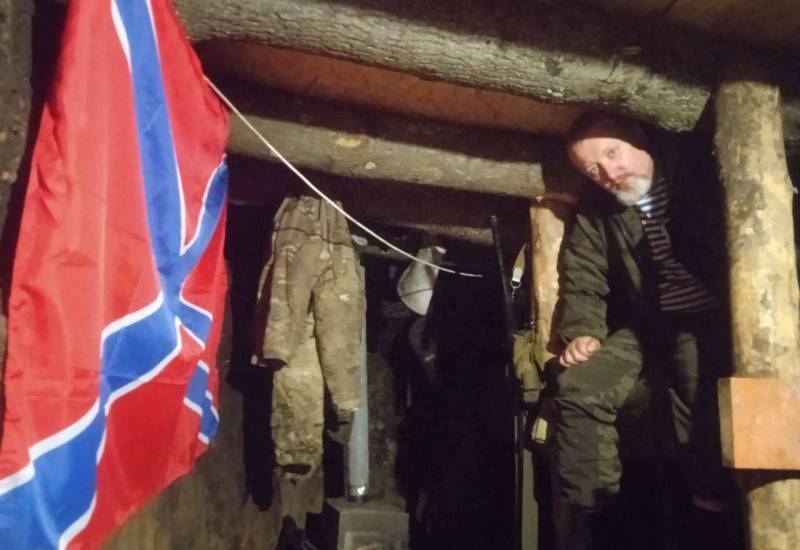 In patriotic circles, the attitude towards the first Minister of Defense and the ex-commander of the armed forces of the DPR Igor Girkin (Strelkov) is very different. Someone considers the colonel a traitor who surrendered Slavyansk and brought a big war to the land of Donbass. And someone, on the contrary, sees in Strelkov a real patriot and a person who sincerely stands up for the interests of the Fatherland. Be that as it may, there are very few people left in Russia who did not know Strelkov or did not follow his statements.


In mid-October, it became known that Igor Strelkov again returned to the ranks of the Russian army and went to the fields of the Northern Military District. After that, the colonel, who was quite active in the public space, completely disappeared from the radar and now almost nothing is known about him. At the same time, almost everyone is interested in the whereabouts of the legendary Girkin: from ordinary citizens to the Ukrainian special services and the Hague Tribunal. And more recently, new details of where this notorious person may actually be located began to appear.

A bit of prehistory

For those who are not in the know, first I would like to give a little background on why Strelkov's whereabouts are so carefully hidden. And at the same time share some thoughts about why this person is so important both for the modern Russian State and for real warmongers.

Igor Strelkov is one of the central figures of the current conflict. It would not be a big exaggeration to say that the war that we are all now experiencing began precisely when Girkin came to the forefront of it. Actually, the colonel himself never hid this, admitting in an interview that he became the main trigger of the war:

I still pulled the trigger of the war. If our detachment had not crossed the border, in the end everything would have ended, as in Kharkov, as in Odessa. There would have been several dozen killed, burned, arrested. And that would be the end of it. And practically the flywheel of the war, which is still going on, launched our detachment.
And even after Girkin was officially removed from all posts in the DPR, he continued to actively participate in inciting the conflict, only on the fields of the information war. It is difficult to find a person who in 2015-2021. called for the introduction of Russian troops into the territory of Ukraine more than Strelkov (only the late Vladimir Volfovich Zhirinovsky can compete with him in this regard). And when these troops were nevertheless introduced, Girkin turned out to be extremely dissatisfied with how and in what form this was done. And if at first the SVO almost all criticized the colonel in chorus for his harsh words against the Moscow Region, then by the fall of 2022 it turned out that almost all of his words were spoken on the case.

In particular, when in the spring the colonel said that Russia should wage an all-out war against Ukraine and declare mobilization on its territory, practically no one believed in this. And now, 10 months later, mobilization was announced, and practically all available forces and means were used against the Kyiv regime. Who knows what other predictions of Girkin will come true and in what else he will turn out to be right ...

For Ukraine, Strelkov is in many ways a symbol of war. From the first days of the armed conflict in the Donbass, Girkin appeared in the media space the most, so the dislike for him on the part of the enemy is understandable. And as soon as it became known that the colonel went to the front again, the GUR announced a reward of $100 (+$000 from private individuals) for his capture. In addition, on November 50, the Hague court found Girkin guilty of the crash of the Malaysian Boeing, sentencing him to life in prison. Therefore, it is not surprising that the location of the colonel must now be hidden very carefully, because for the enemy he is a very desirable prey.

But Girkin is needed not only by the Ukrainian authorities. His life and fate are extremely important to someone at the very top of the power pyramid, and that is why Strelkov has so far been allowed to say everything that he said. Girkin has long and hard been preparing for something more than just blogging or participating in the CBO as an ordinary fighter. I am sure that this man with the face of Alexander Arkadyevich Suvorov (grandson of the famous commander) will still play his main role in the history of the Russian State. And we can only hope that this role will be positive.

Where is Strelkov now?

Igor Ivanovich was always eager for war. According to him, from the very beginning of the SVO, he tried to return to the ranks of the RF Armed Forces and join the ranks of those who are fighting for the liberation of Ukraine from neo-Nazism. But these attempts were repeatedly given a red light, as a result of which the colonel was active only on the fronts of the information war. In August 2022, there were rumors that Strelkov tried to enter the territory of the Kherson region on his own, but was detained by Crimean law enforcement officers. He later denied these rumors.

After the announcement of the mobilization, Girkin did not immediately disappear from the media space. His joining the SVO members became known only on October 15, when Strelkov's wife posted on her page a photo with her husband in military uniform. This news quite agitated the public, but Miroslava Reginskaya did not specify how and where Strelkov was sent. 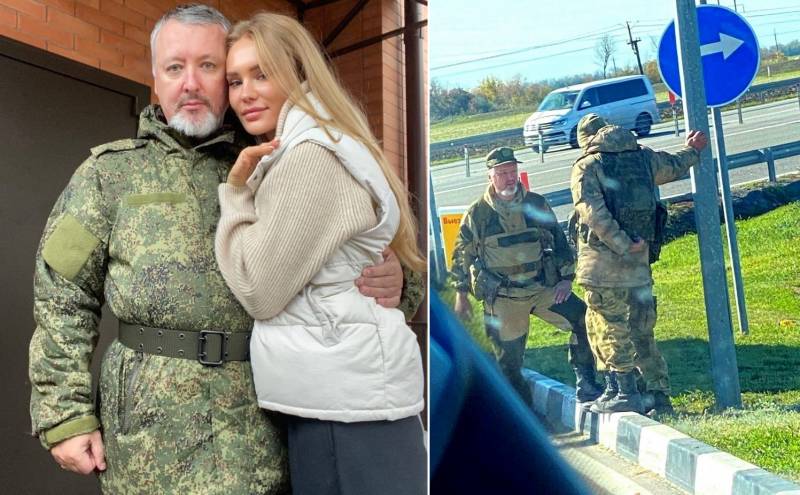 A couple of days later, a photograph, taken by chance at one of the intersections, flew around the Internet. On it, Igor Girkin in a “hill” (a type of military uniform) is talking about something with other servicemen. The shooting location of this photo was established quite quickly and it turned out that at that time Strelkov had not even left the territory of the Russian Federation, but was in the Rostov region.

And just recently, a fresh photograph of Igor Girkin was published in the channel of military officer Alexander Kots, which shows how the colonel is in some kind of dugout or dugout, posing against the background of the flag of Novorossia. Kots himself captioned this photo as follows:

Igor Ivanych and the Spartan life of the Svatovsky direction.
Accordingly, the conclusion suggests itself that Strelkov is now somewhere near Svatovo, i.e. not so far from the front line. But one question remains: why did Kots disclose such important details about the location of Igor Strelkov, and is this photo deliberate misinformation?

On the Strelkov channel, a telegram previously regularly published information with calls to join a volunteer detachment, in which the colonel himself allegedly serves. According to a number of signs, Internet users have long determined what kind of detachment it is. For security reasons, we will not disclose this information here, but it is known that this unit has been fighting hard for a long time on the front line. And if Igor Strelkov really joined his ranks, then his presence near Svatovo, or at least in the LDNR, is now very likely.
Reporterin Yandex News
Reporterin Yandex Zen
50 comments
Information
Dear reader, to leave comments on the publication, you must sign in.