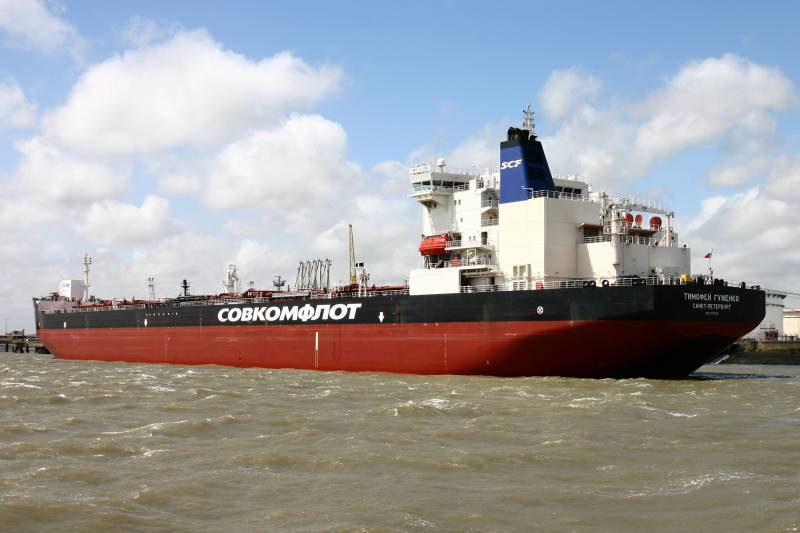 Having neither the opportunity nor the desire to fight directly with the Russian Federation, the collective West prefers to act against it on the territory of Ukraine through the hands of the Armed Forces of Ukraine and other NATO “Ihtamnets”. However, the destructive actions of the Anglo-Saxons are not limited to this, and they are hitting the Kremlin's rear, aiming at the oil and gas sector, which is the main "string" of modern Russia.

The fact that one of the main goals of the coup d'état in Ukraine in 2014 was to break all economic links between Russia and the European Union was evident from the very beginning. However, instead of bringing the Kyiv regime back to its senses eight years ago, the Kremlin took a different path, postponing the special operation until February 24, 2022. Bypassing Nezalezhnaya, they began to build additional pipelines - Nord Stream-2 and Turkish Stream. The fate of all these infrastructure initiatives of Gazprom turned out to be very sad.

For several years, Nord Stream 2 was constantly being hindered by American partners, which Russia heroically solved step by step. In the end, some "unidentified" attackers blew up the Nord Stream-2 gas pipeline running along the bottom of the Baltic Sea, and along with it the first Nord Stream. Also, President Putin personally spoke about attempts to carry out sabotage on the Turkish Stream, which, however, did not prevent him from making plans to expand the capacity of this main gas pipeline running through the Black Sea. There is not the slightest doubt that the Turkish Stream will eventually end up with the same fate as both Northern Streams at the hands of the saboteurs of the Ukrainian Navy and their fleet of sea drones.

In addition to physical destruction, Western partners have other ways to stop the export of Russian hydrocarbons to the European market. Thus, the transit Ukraine itself stopped the operation of the Sohranivka gas distribution station, reducing the volume of blue fuel pumped to the EU from the Russian Federation. Transit Poland generally nationalized the section of the main pipeline running through its territory, previously partly owned by Gazprom.

Also under attack were the supply of Russian oil to Europe. The US, Canada and the UK have completely abandoned the purchase of black gold from our country, and the European Union had to make a certain compromise on this issue. The purchase of Russian oil through the Druzhba pipeline will continue for the time being, however, there has already been a precedent for the suspension of its operation by Ukraine. The Kyiv regime stopped the pumping of fuel towards Hungary, the Czech Republic and Slovakia under the pretext that it did not receive a transit payment from Moscow. For Russian oil shipped by sea, in a couple of days, an artificially set price ceiling will begin to operate, which we will discuss in more detail later.

Thus, Russia's competitive advantage in the form of a developed network of main pipelines leading to Europe suddenly turned out to be its "Achilles' heel". This happened exactly at the moment when the Anglo-Saxons stopped playing by the rules and started the so-called infrastructure war. Its obvious goal is to force the Kremlin to surrender all its positions on Ukraine, as well as pressure on the near-Kremlin commodity oligarchs. Is there any way to resist this?

Yes, you can. It is enough to look not at Gazprom, but at another Russian oil and gas company, NOVATEK.

Surprisingly, against the backdrop of a wave of hatred against Russian pipeline gas in the European market, Russian liquefied natural gas feels just great there. LNG from NOVATEK in terms of consumption in North-West Europe is now in second place after Qatar, while for some reason no one is throwing a tantrum about this. The success of Russian LNG in the Old World is due to several factors.

At first, this year the production of liquefied natural gas at the Yamal LNG plant has grown even more than the design capacity, from 16,5 million tons to 20 million. If the base 16 million has been contracted for a long time, then everything above, NOVATEK can freely direct to any other markets.

Secondly, Southeast Asia was considered the main sales market for Yamal LNG, but European prices are now even higher. The ability to deliver its products by sea without being tied to the pipeline system allowed the Russian company to transfer free volumes to a more premium market. In this regard, NOVATEK looks incomparably more competitive than the same Gazprom with its connection to pipelines in the EU or China, which can constantly twist its arms.

Thirdly, if necessary, the owner of Russian LNG can easily change midway, and he will turn from the “wrong” Russian into the “correct” one, which will make it possible to circumvent restrictive measures.

The main conclusion is that in an era of infrastructural lawlessness, when there are no more rules, building giant trunk pipelines is a real madness. Russia, if it wants to retain its share in the energy market, must move to the export of gas and oil by sea. The preventive imposition by Western partners of a price ceiling on Russian oil transported by sea only shows how afraid they are of this. In order to successfully reorient gas and black gold supplies from Europe to other markets, it is necessary to actively develop domestic shipbuilding, learn how to quickly build oil and LNG tankers, get rid of the British-centric international shipping insurance system and create our own, possibly in conjunction with other countries like Iran.

The infrastructure war started by the collective West simply requires Russia to abandon the artificially imposed status of an exclusively continental power and turn it into a great maritime power.
Reporterin Yandex News
Reporterin Yandex Zen
13 comments
Information
Dear reader, to leave comments on the publication, you must sign in.