Trump decided to break the agreement with Russia on the INF

October 21 2018
0
The US administration, once again, confirmed that it is "the master of his word." He wants, gives it, but wants it, takes it when he sees the benefit in it. The main thing is to discuss long and lengthy discussions about world peace and democracy in general. 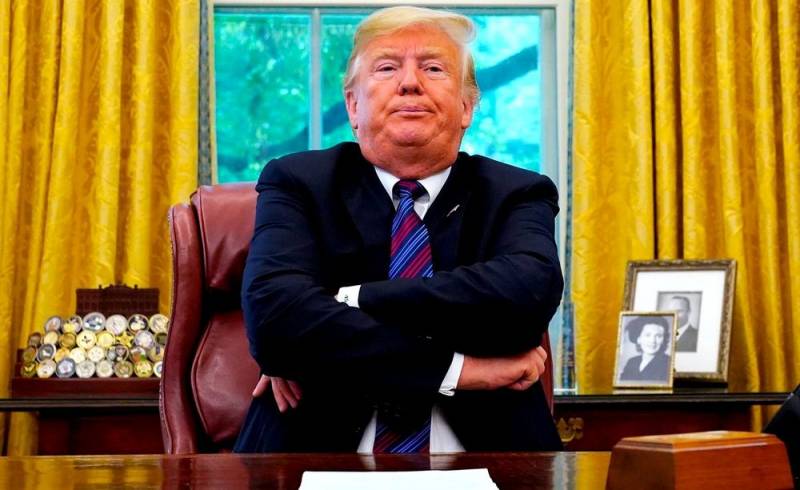 This time, US President Donald Trump wished to withdraw from the treaty with Moscow on the elimination of medium and short-range missiles (INF Treaty), signed back in 1987, back in the Soviet Union. Then missiles with a range of 500 to 5,5 thousand km were banned.

He said that after this, the United States will develop such weapons.
But he promised that such developments would not be carried out if Russia and China agreed to a new agreement. Who then believes him? And what does China have to do with it? After all, Russia did not officially raise the issue of the presence of nuclear weapons from Great Britain, France and Israel when it agreed to the START-3 restrictions. So Trump’s refusal of the INF Treaty could touch on this sensitive subject. But he does not think about it yet, he is interested in something else.

Trump is sure that Russia and China are violating the agreement, and for many years, without specifying exactly how many and what facts indicate this. Moreover, he is outraged that his predecessor (Barack Obama) had not yet withdrawn from the treaty. At the same time, Trump loudly stated that the United States would not allow a violation of the nuclear weapons treaty, but he did not specify how he would do it.

It should be noted that not everyone in Washington shares his point of view. There are also smart people who can look one step ahead and predict the consequences. For example, Democratic Senator Ed Markey (Foreign Affairs Committee) believes that the US withdrawal from the treaty will be in Russia's hands, would jeopardize US security and be a blow to all NATO countries. There is no unity in Washington, as Trump began to actively rock the American "boat", right in the middle of an already not calm sea.

But trump national security adviser rushing to Moscow John Bolton, about whom we told earlier, it was just to inform Moscow about the decision made on the US withdrawal from the INF Treaty. So the world is waiting for a new arms race, there is no doubt about it.
Ctrl Enter
Noticed oshЫbku Highlight text and press. Ctrl + Enter
We are
INF Treaty left to exist for several days
US ready to launch missile strike on Russia
Reporterin Yandex News
Read Reporterin Google News
Information
Dear reader, to leave comments on the publication, you must sign in.