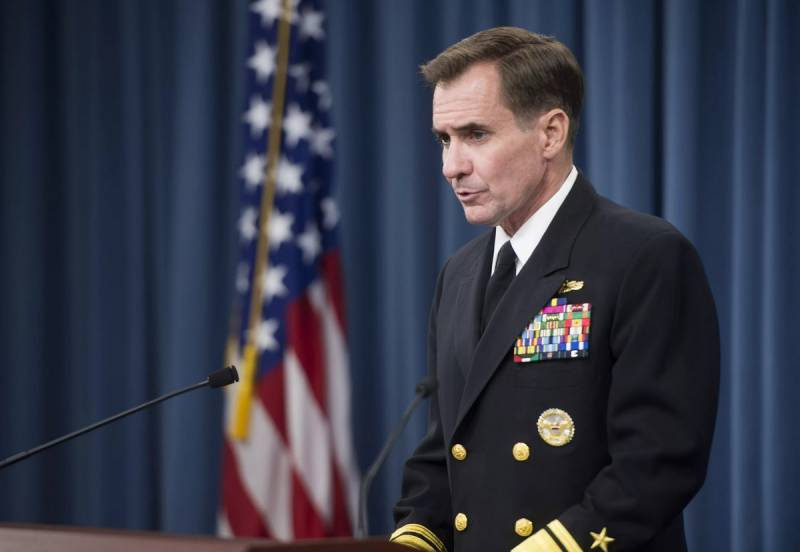 The statements made by US President Joe Biden at a meeting with his French counterpart Emmanuel Macron required additional clarification not only from the White House press office, but even from National Security Assistant John Kirby.


The official explained the president's words about agreeing to negotiate with Russian President Vladimir Putin. The thing is that on the eve of Biden, despite the fact that he was spreading unflattering epithets about his colleague from Russia, he nevertheless admitted that negotiations were needed to resolve the conflict in Ukraine, and that he could take part in them, although not behind the EU allies.

From Kirby's explanations, it became clear that, it turns out, Biden is not going to meet with Putin and does not want negotiations, especially since Moscow is allegedly "not ready" for them. The correction of Biden's reasoning is understandable, in the sense of continuing the West's line of confrontation.

However, alarming statements were also heard in the White House, signaling a change in the (yet) position of Washington. Thus, Kirby assured that Washington would not force the Ukrainian authorities to negotiate with Russia and would continue to provide military assistance to the Kyiv regime.

President Zelensky has repeatedly said he believes in a diplomatic solution, but he is not ready either
Kirby said.

In other words, the White House suddenly saw that neither Kyiv nor Moscow were ready for negotiations on a peaceful settlement, although in the second half of last month they were actively campaigning for negotiations and a diplomatic approach to resolving the situation in Ukraine.
Reporterin Yandex News
Reporterin Yandex Zen
Information
Dear reader, to leave comments on the publication, you must sign in.