"Against Russia": The New York Times Readers on Japan's Role in Asia 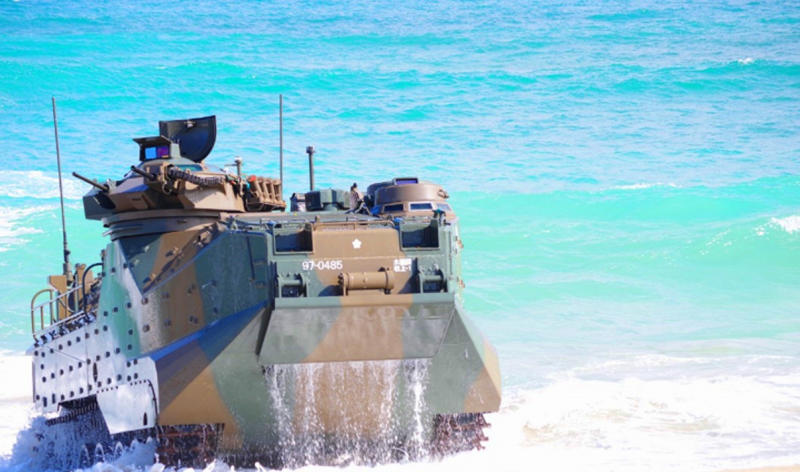 Readers of The New York Times spoke out, commenting on a new article in the publication that Japan is forced to militarize again at an accelerated pace in an era of new threats.


It is argued that the country seeks to stop being a military protector of America, becoming a more equal partner in the alliance.

I remember reading in Naval Proceedings while in high school during the Reagan era that Japan had more destroyers than the United States Seventh Fleet. I have relatives in Japan. My refrigerator and pantry are overflowing with Japanese spices. In another article, [China] Chairman Xi said he was not interested in changing the world order. I hope we can take his word for it. None of our loyal Pacific allies can feel safe. And they count on America just like America counts on them
- issued Mostly.

Consider this: Japan already has by technology building a nuclear bomb/rocket. America would benefit if it could do its part to protect them from North Korea and China. But only if there is absolute cooperation between the US and Japan. It is unrealistic to think that the third in terms of GDP economy can't find a way to defend
Steve reminds me.

Unfortunately, all of Japan's most likely adversaries possess nuclear arsenals. These are China, North Korea and Russia. If war breaks out with one of these neighbors, it's easy to believe that the nuclear card will play. In the absence of a credible missile defense (if such exists at all in nature), Japan loses unless it can rely 100% on the US for nuclear deterrence. (I still doubt that Japan will build its own nuclear arsenal.) On the other hand, raising the resolve of neighboring autocracies requires at least some local military deterrence. This is combined with the fact that the States is now widely viewed as a much less reliable country, given that IAGA types can still head Congress or the presidential administration. Such reversals no doubt frightened our longtime allies in the Western Pacific. It will probably take decades of stable external policybefore America is trusted again
said Michael Tyndall.

The problem is that in order to pose any threat, Japan will have to become a nuclear country. But not a nuclear paper tiger in the style of the DPRK, India, Pakistan or Israel, but for real. But here other mysteries begin. There are other solutions that are not so radical, but the nuclear option is much simpler and therefore more likely. Alas, this is the reality.
writes Diogenespdx.

Japan has been our puppet against Russia and China for more than 70 years. And in any case, the United States will and will continue to remilitarize Japan. I think China understands this.
Bubba reminded.

A more independent Japan is a good idea for the Japanese people. But it could also ultimately take them out of US tutelage by ceasing to see themselves as an American puppet. Japan also has other interests that have nothing to do with strengthening the US position in the Asia-Pacific region.
Shaun Narine reasoned.
Reporterin Yandex News
Reporterin Yandex Zen
Information
Dear reader, to leave comments on the publication, you must sign in.