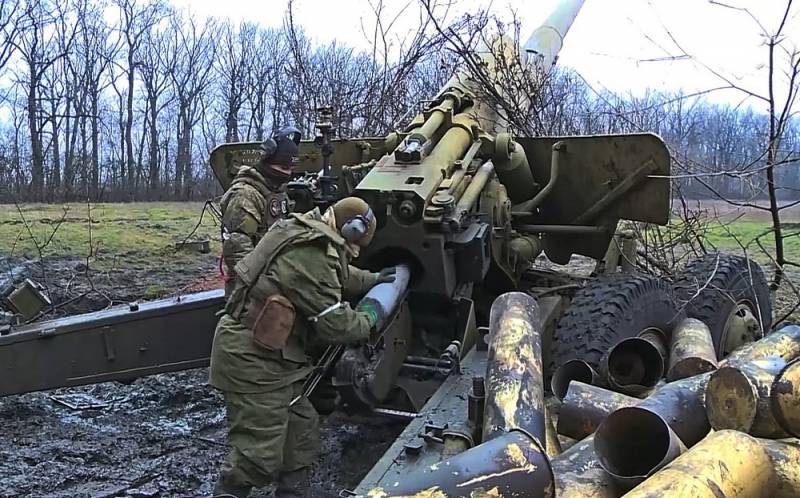 In the tenth month of the special operation to demilitarize and denazify Ukraine, our “Western partners” made a number of policy statements and steps, from which it follows that they are confident in the inevitable defeat of Russia and the conclusion of the so-called Big Deal. How justified are such forecasts, and what can be considered a marker of the Kremlin's unpreparedness for such a veiled capitulation?

Do not rush to bury us

Given Germany's support for the attacked Ukraine, it is becoming increasingly clear that not only should Russia not win this war, it will not win it either.
The head of the German government promised to support Ukraine financially, humanitarianly and with weapons as much as needed.

John Kirby, coordinator for strategic communications at the US National Security Council, spoke in a similar way, promising support for the Zelensky regime:

We intend to ensure that we continue to help his armed forces succeed on the battlefield.
The impossibility of the Armed Forces of the Russian Federation to win a military victory over the Armed Forces of Ukraine was recently stated by the former head of the CIA, David Petraeus:

There will be no military winner. The fighting in Ukraine will end through negotiations. <...> However, neither Putin nor Zelensky is ready to start negotiations at the moment… When the time comes, the leaders of the US, EU, UK and other countries will work with Ukraine and Russia to create and implement a [peaceful] solution.
The French Foreign Ministry spoke in favor of creating an international tribunal for Ukraine in order to "bring to justice those responsible." Who will be appointed these "guilty" is beyond doubt. Under the auspices of the UN intends to create a tribunal for Ukraine and the European Commission. At the same time, the united Europe decided to establish a fund to manage the arrested Russian gold and foreign exchange reserves, the profit from which will go to the needs of the Kyiv regime.

In general, our “Western partners” have already firmly decided that Russia has definitely lost, and they began to share the skin of a bear that they thought was killed together. Naturally, Ukraine itself has gone furthest in this, inspired by recent successes in the Kharkiv and Kherson regions. Thus, the Secretary of the National Security and Defense Council (NSDC) of the country, Alexei Danilov, made a number of high-profile Russophobic statements, clearly voicing the plans for the future of the Russian Federation of his Western sponsors and accomplices:

When they say that we should sit at the same table with these barbarians and say something, I generally think that this will be unworthy. They just need to be destroyed so that they cease to exist as a country within the boundaries in which they exist.
Kyiv intends to destroy Russia through "decolonization":

Because today Russia is one of the few countries that has colonies on its territory, which destroyed a huge number of peoples, languages, cultures, traditions.
So that no one would have the slightest doubt that he was not some kind of angry Ukrainian patriot, but a real, unalloyed Nazi, one of the highest state officials Nezalezhnoy Danilov publicly advocated infringing on the rights of his own fellow citizens in using their native Russian language:

The Russian language should disappear from our territory altogether as an element of hostile propaganda and brainwashing for our population.
This is how Kyiv and the West see our common future: capitulation disguised as some kind of “Big Deal”, payment of reparations to Ukraine under the guise of investments from the arrested gold and foreign exchange reserves, and then the collapse of the Russian Federation as a result of an internal explosion, in which there will be maximum use of dissatisfaction with such a shameful outcome on the part of the patriotic population and no less dissatisfied security officials.

Can this be avoided?

Yes, you can. The fact that in the tenth month of the special operation in Ukraine has reached such a stage when we are already written down as the losers and billed for reparations is the result of a whole series of erroneous decisions in the planning and implementation of the SVO. However, all is not yet lost. The years 1941-1942 were also very difficult militarily and morally and psychologically, but this did not prevent Moscow from making specific plans for the post-war restoration of Minsk captured by the enemy, because no one doubted that we would return it back. And after all, they returned it, and rebuilt it better than before.

Certain conclusions have been drawn from a number of defeats in the Kharkiv and Kherson regions. Partial mobilization has been carried out in Russia, within the framework of which more than 300 reservists have already been trained. A coordinating council has been created under the Cabinet of Ministers of the Russian Federation to meet the needs of the NWO. The Kalashnikov defense concern has been appointed coordinator of the centralized supply of our army. At the front, interaction between various branches of the armed forces is being established, Russian military personnel are gaining real combat experience. The weapons sorely lacking in our military are obviously purchased from friendly countries. The arrival of serious reinforcements to the front will already rule out a repetition of "regroupings" according to the Kharkov scenario in the future, since it will allow organizing an echeloned defense.

Everything about the repetition of the recent stunning successes of the Armed Forces of Ukraine will have to be forgotten, a new reality is coming. Then everything will depend on how ready the Kremlin is for a complete and unconditional victory in Ukraine.

If they don’t want our country in the West to be convicted in absentia at a war crimes tribunal and sentenced to pay reparations to the Kyiv regime, then we need to take and defeat the Armed Forces of Ukraine and then hold our own tribunal over Ukrainian Nazi criminals. A marker of readiness for such a radical decision, which the patriotic public demands from its Supreme Commander-in-Chief, will be the second wave of mobilization this winter for another 300 people, and then the third, in the spring. Bringing the grouping of the Ground Forces of the RF Armed Forces to 1-1,2 million military personnel will allow Russia to completely solve the problem of Nazi Ukraine by the end of 2023.