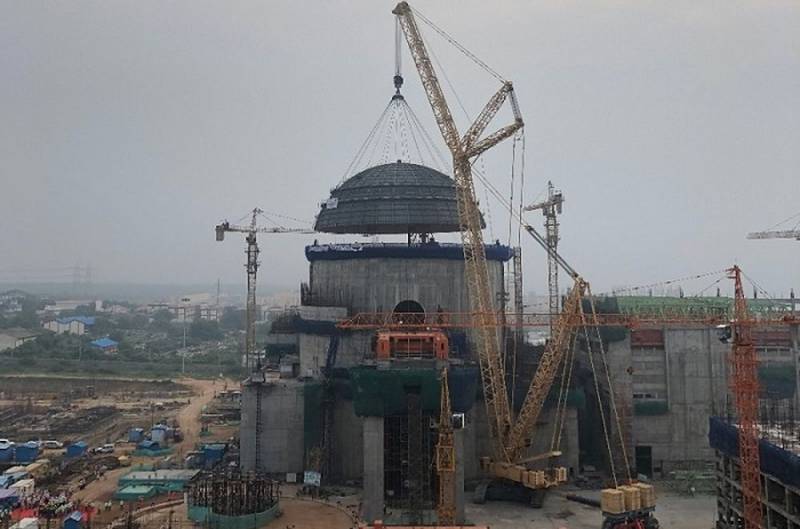 On December 1, Russian President Vladimir Putin congratulated Rosatom, its employees and veterans on the 15th anniversary of the state corporation, noting its huge contribution to the country's defense capability. On the same day, CEO Alexei Likhachev (in office since October 2016), told the TV channel "Russia 24"that the Russian nuclear giant is still standing firmly on its feet and looking confidently into the future.


According to the top manager, Russian nuclear scientists are currently negotiating with about 20 potential foreign customers for the construction of new nuclear power plants. For example, regular projects are being discussed with Egypt, Bangladesh and India, which already have some positive experience of cooperation with Moscow in this area.

We are constantly negotiating new sites with China. Our Turkish partners say that they have already looked for a new site for us to start construction
- added the functionary.