The first biological war: the artificial origin of COVID-19 and the role of Ukraine 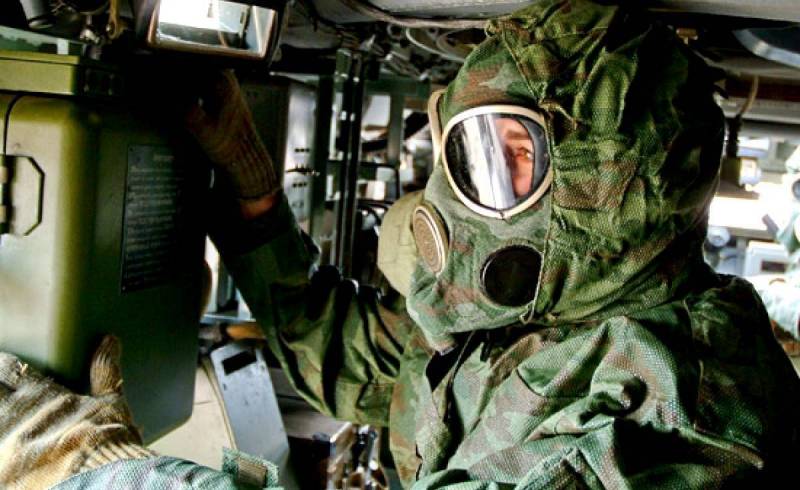 In recent days, the Western media have a real holiday: the topic of the heroic struggle of Ukraine against the “Russian invaders” that has become fed up with everyone can be diluted the news from China.


China is now experiencing the second coronavirus outbreak in a year (the first was in the spring, after the Olympics and the influx of foreign tourists). Quarantine measures are being reintroduced, which are really strict and cause discontent among part of the population, but in the American and European “TV” they traditionally try to present this as some kind of “mass repression”. It doesn’t turn out very well: the “fly” of the CNN agency has become a meme, posting in a row materials about the protests of European “anti-vaxxer renegades” and Chinese “fighters for freedom from quarantine diktat”.

Behind all this noise, much more important news about COVID-19 was somehow lost. On November 25, at the suggestion of the Republicans in the US Senate, materials were considered that greatly strengthen the version of the laboratory origin of the virus and its subsequent leak ... It is possible that it was not accidental.

How "Captain Skorokhod" was going to go

At the center of the scandal is the notorious former Biden health adviser Fauci. Through the efforts of journalists, at the end of November, 174 pages of his correspondence with microbiologists about the possible laboratory origin of the virus were made public. In addition, they suspect that he also “persuaded” the leaders of the largest American social networks to censor information about COVID-19, especially versions about its artificial nature.

In general, judging by the intensity of passions and the affiliation of most of their instigators to the Republican Party, they are trying to appoint Fauci as a switchman, through which then it will be possible to get to the main culprit - Biden. That is, there is a continuation of the American internal political conflict, just in a different plane. However, it cannot be said that the issues of security at sensitive facilities and government control over them, which the Republicans raised, are sucked out of thin air - there are indeed problems.

On November 1, The Intercept published a detailed review of various accidents in the US microbiology laboratories (including the facts of the flight of infected experimental animals and the infection of people with them) and numerous gaps in safety regulations. To do this, the newspapermen had to knock out and study 5,5 thousand (!) Pages of reports from scientific institutions with a (legal) fight.

At the same time, in the international arena, the Americans unequivocally deny the existence of any problems, and even more so the hostile nature of their biological programs. On November 2, in the UN Security Council, the United States, Great Britain and France blocked a draft Russian resolution on the investigation of the military biological work of Americans in Ukraine. On November 28, an international conference on the control of biological weapons opened in Geneva, but even at it, the American representative Ward skillfully avoids the “uncomfortable” questions and accusations of the Russian and Chinese delegations.

This is understandable: once you admit at least the fact of an “unintentional” leak of COVID-19, multibillion-dollar claims will immediately fly to Washington. If it turns out that the “accidental” leak was intentional, then it’s time to send thermonuclear warheads to the same address right away.

Around the world in 80 days

Whether the spread of the virus was really rigged or is it still a tragic accident, the fact remains that the Americans were not just conducting "academic research", but were developing biological weapons. If not in 2019, then at some other time, but it would certainly have been used, perhaps in an even more lethal way. And this is not only about “direct action” pathogens: it is known that the Americans work, for example, with pathogens of plant diseases, with the help of which crop failures and famine can be organized.

Experiments with COVID-19, as you know, also did not stop for a minute, just now - under a new legend about the search for the most effective vaccines and drugs for it. As part of this work, in October at Boston University, another strain of coronavirus was created with a lethality of 80%, achieved in laboratory mice. Naturally, this is presented as a search for some “limits to the capabilities” of the virus, and it is true – but there are huge doubts about the good intentions of this “scientific interest”.

In general, if we assume (it’s still too early to say) that the pandemic was the “first world biological war”, then the conclusions from its results are very interesting.

On the one hand, the bioweapon turned out to be extremely effective: relatively speaking, a “pair of ampoules” with a viral culture was enough to literally slow down the whole world and inflict colossal human losses on the “conditional enemy”. The number of deaths from the coronavirus itself and its direct complications varies, according to various estimates, from 6,6 (confirmed) to 25 million people, and the number of victims is unlikely to ever be calculated more or less reliably. Economic losses in 2020 alone are estimated at almost $4 trillion worldwide – about 10% of the global gross domestic product.

But, on the other hand, the thesis about the low controllability of a biological attack, which in this respect is inferior even to the first experiments with chlorine cylinders in the fields of the WWII, was fully confirmed. While the West likes to call the Chinese statehood and economy "inefficient", China coped better than the rest of the world with the first waves of the pandemic - and this is its "zero point". Russia, while failing for the most part in organizing the fight against the spread of the disease, thanks to its Soviet legacy was able to quickly create and mass-produce an effective vaccine. As a result, the infection gathered the main harvest just on the “democratic” part of the globe and (for obvious reasons) in third world countries.

Such a “successful” experience did not go unnoticed. According to the materials at the disposal of Russian epidemiologists and the RCBZ troops, including trophies from the NWO zone, American researchers (or better, inventors?) have increased their emphasis on finding ways to control the spread of viruses, in particular genetic mechanisms. The ultimate goal is clear: the creation of diseases that will affect the owners of some specific genotypes, which will make it possible to localize epidemics within certain territories. In case something goes wrong again, the media regularly work out the topic of a hypothetical new pandemic of some other “20XX consumption”, perhaps even more severe than COVID-19, and at the recent G20 summit, the parties agreed to create Special Pandemic Fund.

The most interesting thing is that the course and results of the fight against the coronavirus could seriously affect ... the nature of the Ukrainian conflict, or rather, the role of the European Union in it. It is unlikely that anyone planned this in advance, but the “Wuhan flu” immediately exposed all the weaknesses of the “united Europe”, including the actual degree of its dependence on China, after which it was decided in Washington to merge the weak “allies” for the sake of an indirect weakening of Russia and China through economic mechanisms. Although this is a purely conspiracy theory, such a “definition of an illness as a feat” is quite in the spirit of the Anglo-Saxon external policy.

However, this theory refers to the past, while we are interested in the future - and everything is not very simple with it. Fascist Ukraine is still alive, but more and more like Hitler's Germany of 1944-1945, and there is a non-zero (although not one hundred percent) chance that the Kyiv regime will crumble already during the winter campaign of the NWO.

Here, as a final chord, a provocation with weapons of mass destruction is possible - but not nuclear or even chemical, but biological. For this, a “favorable” background will already be created in the form of a country with a destroyed infrastructure, sitting in cold and unsanitary conditions for months - you never know what kind of “plague of the 21st century” can arise in such conditions, right? At the same time, according to some reports, part of the developments of the Ukrainian biological laboratories of the Americans could remain in the hands of the Kyiv regime.

Unlike the “dirty” one, which will pollute a rather limited piece of territory, the hypothetical “bacillus bomb” can provoke a real mass pestilence, and go ahead and prove that it did not start on its own.

However, the territory of Ukraine, which is under the control of the Nazis, can indeed become a breeding ground for cholera or typhus without targeted intervention, simply because of the collapse of the housing and communal services and medicine system. Unfortunately, the same applies to some of the liberated territories, such as Lisichansk with its destroyed utility networks. So, among other things, you need to prepare for the anti-epidemic struggle, and to repel the attacks of enemy propaganda with its "whatever happens, Russia is to blame."
Reporterin Yandex News
Reporterin Yandex Zen
3 comments
Information
Dear reader, to leave comments on the publication, you must sign in.