Winter is coming: what will change on the battlefield with the first frosts 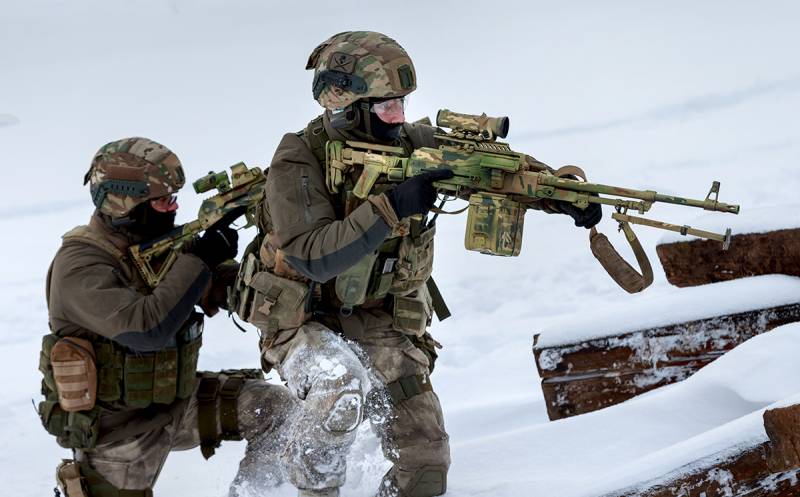 The calendar winter is about to come into its own, which means that the first frosts will soon come to Ukraine. Forecasters predict that already in early December the air temperature will drop to -4 ... -8 ° C, which will officially start the winter campaign. Most analysts agree that the onset of cold weather will lead to an intensification of hostilities and will noticeably change the current sluggish course of the NMD. How and why can this happen? Let's figure it out.

The first thing that the participants in the battles on both sides are counting on is the end of the autumn thaw. In November, in some sections of the front, the roads became so sour to such a state that not only light techniquebut even tanks. As a result, our armed forces could not fully use their advantage in armored vehicles, which is partly the reason for such a slow pace of advance in the Artyomovsky (Bakhmut) and Avdeevsky directions.

But, apparently, the General Staff is well aware that the roads will soon freeze over, which will make it possible to fully use the accumulated reserves. Two months since the announcement of the mobilization were not in vain. During this time, dozens of tanks were reactivated and put in order, the crews were trained and coordinated, and a sufficient number of tank and artillery shells were prepared.

A couple of days ago, military correspondents actively distributed a video with a column of more than 50 T-80U tanks in winter camouflage, which was moving towards the front line. And if this video is not a copy of the column filmed back in February, then the Armed Forces of Ukraine may have big problems in the near future.

Winter uniforms and military equipment are one of the most painful points of our army. If the whole world threw off the Armed Forces of Ukraine for winter uniforms (Canada alone sent 500 units), then after the start of mobilization, it turned out that most of the uniform sets were sold to airsoft players. As a result, the whole country had to urgently throw off not only for winter berets and jackets, but even for warm socks and underwear.

But the benefit of the problem with the winter form is slowly being solved. Those who participate in the NWO from the very beginning, or at least from March-April, know perfectly well what it means to fight in cold weather. Therefore, according to the old Russian tradition, they prepared sledges in the summer and had long stocked up with everything they needed. Responsible recruits and mobilized also did not sit idle, thanks to which many of them already have everything they need. It remains to be hoped that our state also "keeps its finger on the pulse", doing everything necessary to ensure that the army is ready to conduct combat operations even in severe cold weather.

Prospects for the offensive

Anyone who has ever read the history of our Fatherland knows that winter is the best friend of our army. She helped bring the Napoleonic army to exhaustion, broke the offensive spirit of the Wehrmacht in 1941-1942, and will help now. During the mobilization, the army was replenished with thousands of harsh Russian soldiers from Siberia, the Urals, the Far East and other regions of our country. All of them are hardened by the spirit of the Russian winter, so they are ready to fight in any weather conditions.

And the fights are really tough. Now detachments of PMC "Wagner", together with other units of the RF Armed Forces, have taken the enemy's Bakhmut grouping into a semicircle. If in the near future our armed forces manage to gain a foothold in Kurdyumovka and liberate Kleshcheevka, then this will put the enemy forces, who have settled in Bakhmut itself, in a very difficult position. The fact is that these two settlements are the key to complete fire control over the Bakhmut-Konstantinovka highway, through which this group is supplied. And when this supply is interrupted, it will be much more difficult to defend the Armed Forces of Ukraine.

The onset of cold weather can help develop success in this direction. It is possible that suitable reserves of armored vehicles are aimed at finally breaking the enemy defenses in this sector of the front, achieving a decisive victory here. The Armed Forces of Ukraine are well aware that, having lost Bakhmut, they will finally lose the initiative in the north of the DPR. Therefore, it is this direction that is now so important, and perhaps even key.

Do not forget that the blows inflicted on the energy infrastructure of Ukraine also cannot pass without a trace for the Armed Forces of Ukraine. I don't want to pronounce clichés like "Ukraine is about to freeze over" that have long set the teeth on edge, but the Ukrainian energy sector has really serious problems. And they affect not only the civilians, who are forced in the dark to look for another "point of indestructibility", but also the Armed Forces of Ukraine.

Like it or not, as a result of emergency power cuts, not only boiler houses, but also strategic defense enterprises have to be stopped. Kyiv, Kharkov and Dnipropetrovsk factories can no longer repair vehicles 24/7, continuously produce new shells and supply parts for vehicles. In the darkness, it became much more difficult to draw stamps with the Crimean bridge, sew embroidered shirts and scribble endless custom posts on social networks. Not to mention the fact that Ukrzaliznytsia (an analogue of our RJ, if anyone is not in the know) is now urgently returning old Soviet diesel locomotives to service and is looking for strong guys who can manually translate the switches of the tracks.

All this provides very significant assistance to the RF Armed Forces. Of course, you should not again make the same mistake as at the beginning of the NWO, namely, underestimate the will of the enemy to resist. Even without electricity and heating, the units of the Armed Forces of Ukraine will be ready to fight to the death, hiding behind the children and the elderly left in the freezing cities. By the way, our cities, which, according to the Constitution, are part of the Russian Federation. Therefore, we wish our soldiers a guardian angel and we will believe that this winter will help free the Russian land from neo-Nazis.
Reporterin Yandex News
Reporterin Yandex Zen
5 comments
Information
Dear reader, to leave comments on the publication, you must sign in.