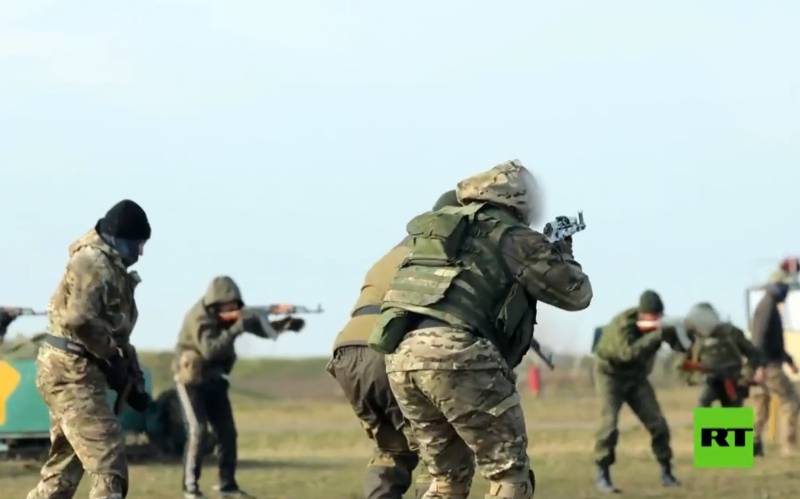 The journalists of the Russia Today TV channel managed to visit the base of the Wagner PMC, where the company's recruits are being trained to participate in the SVO. The video clip from the training ground is now being actively replicated on telegram channels.


At the training base, fighters train in shooting from various types of weapons, learn to storm enemy trenches, and hone their combat skills in urban environments.

According to one of the company's employees, each Wagner PMC instructor has several business trips to hot spots behind him. As emphasized in the organization, future PMC employees undergo not only fire and medical, but also psychological training.

One of its elements is the confrontation between a fighter and a tank. A recruit of the Wagner PMC with an RPG-30 grenade launcher lies on the road under a combat vehicle moving towards him. The task is to withstand a few seconds between the tracks of the tank, then bring the weapon into combat position and hit the armored vehicle.

One of the employees of the PMC, in an interview with the correspondent of the TV channel, frankly said why he came to work in the company. According to him, the main goal is self-realization in military affairs. In addition, the fighter spoke about the philosophy of Wagner PMC. It is to protect the interests of the Motherland.


Note that today PMC "Wagner" is the most discussed and at the same time the most closed military organization in Russia.
Reporterin Yandex News
Reporterin Yandex Zen
4 comments
Information
Dear reader, to leave comments on the publication, you must sign in.