Despite US sanctions: Russian Su-35s fly to Indonesia

October 20 2018
1
We did not have time report about the meeting between Sergey Shoigu and James Mattis in Singapore, as the Minister of Defense of Indonesia Riamizard Riachudu hastened to please the world community with another interesting news. Jakarta changed her mind about abandoning Russian Su-35 fighters, despite Washington’s sanctions. And this is logical, because the 250 millionth country wants to have normal combat aircraft. 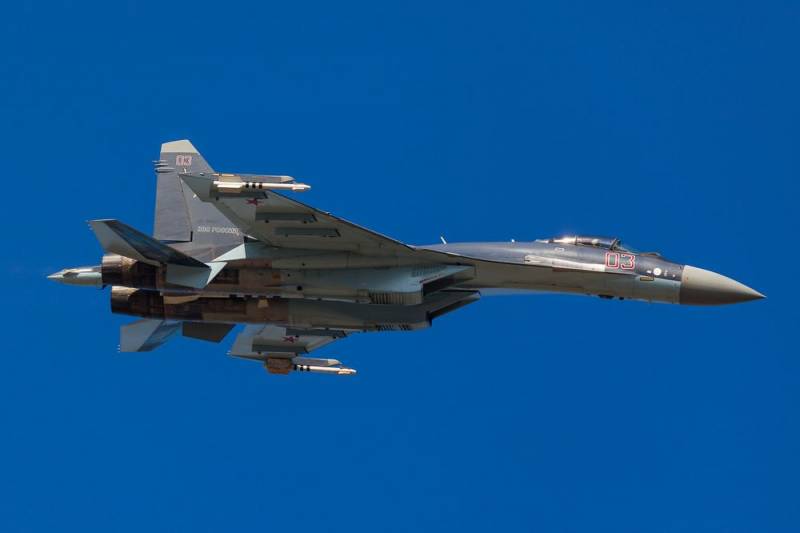 Initially, the Indonesian authorities really had thoughts to refuse, since the US was under pressure and the deal was in jeopardy. Washington shamelessly decided to intervene in the agreement between Moscow and Jakarta, inserting its "five" cents. But now Riachudu is confident that his country will “never cancel” the Su-35 contract. Moreover, Jakarta expects the speedy receipt of these fighters.

Under the conditions reached back in March 2018, Indonesia agreed to buy 11 Su-35 fighters from Russia for $ 1,14 billion. In turn, Russia was ready to deliver them over the next few years. In addition, Moscow guaranteed the purchase of various goods, including commodities, from Indonesia for $ 570 million. And here the United States "emerged", with its "exclusivity", resentment against everyone and sanctions. But, apparently, this "Rubicon" has already been crossed by Indonesia.
Ctrl Enter
Noticed oshЫbku Highlight text and press. Ctrl + Enter
We are
First meeting: Shoigu and Mattis talk in Singapore
Sanctions in action: contract with Indonesia for the purchase of Su-35 postponed
Reporterin Yandex News
Read Reporterin Google News
Ad
We are open to cooperation with authors in the news and analytical departments. A prerequisite is the ability to quickly analyze the text and check the facts, to write concisely and interestingly on political and economic topics. We offer flexible working hours and regular payments. Please send your responses with examples of work to [email protected]
1 comment
Information
Dear reader, to leave comments on the publication, you must sign in.