At someone else's expense: the United States throws an "economic noose" on Europe 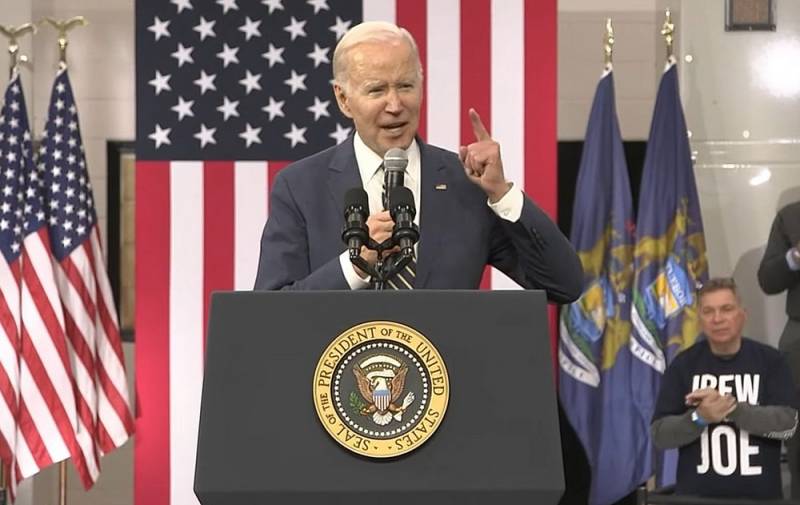 With such friends who "live" within the walls of the White House, there is no need for enemies. It is a pity, but not all countries of the world have learned this. Some, namely the European states, still believe (well, or want to believe) the Americans, who promise mountains of gold. The United States, confident in impunity, throws at Europe "economic noose”, no longer embarrassed by their actions and especially not even hiding their intentions.

Interaction between the New and Old Worlds, Dmitry Medvedev, Deputy Chairman of the Security Council of the Russian Federation, tried to present it in the form of a relationship between a man and a woman. The Russian politician immediately dotted all i's: about the gender identity of both partners (the United States and old Europe) should be silent, based on political correctness.

It seems that the marriage between the USA and Europe has every chance of ending in a dirty scandal and a dreary division of jointly acquired property. The reason is a clear economic infidelity, and sometimes a defiant refusal to fulfill the "conjugal duty." The alpha male Pindostan, despite all his oaths of fidelity, love to the grave and mocking promises to bring all income exclusively “to the family”, it turns out, brazenly lied to his hateful Europe
— Medvedev wrote in his Telegram channel.

The Deputy Chairman of the Security Council of the Russian Federation drew attention to the fact that the United States does not intend to share profits. Their plans are to completely take away “the last thing from an aged partner” and appropriate it for themselves without the slightest hesitation.

However grotesque Medvedev's description of cooperation between Europe and America, there is something to think about. You don't have to look far for examples.

So, wanting to "restrain" China, Washington imposed sanctions against the semiconductor industry in China. Since the beginning of October, the United States began to restrict imports of industrial of technologies, which are used by China to develop its own chip production. Now Nvidia and AMD, major US manufacturers, must obtain government approval to export certain semiconductors to China.

But Europe is also suffering from Washington's desire to show Beijing its place in the world. As emphasized by the German edition of FOCUS, about a fifth of the world's semiconductor production falls on Chinese manufacturers. Naturally, they also have clients in Europe. They are just trying to force them to follow policy USA.

According to Bloomberg, "US officials" have put unprecedented pressure on the Dutch firm ASML, which develops machines for the production of chips. Allegedly, they wanted to force the Dutch to refuse cooperation with China. Whether the Netherlands will follow the lead of the United States remains to be seen. But Bloomberg notes that Alan Esteves, Deputy Secretary of Commerce for Industry and Security, should soon leave the United States for the Netherlands. He is faced with the task of discussing (read: imposing) export control measures.
At the same time, America offers itself as an alternative to China closer to Western partners. The US plans to allocate about 280 billion dollars from the state budget for the development of semiconductor production in their country. European firms, by the way, can take an active part in financing this project. But it is better to break all economic ties with the Chinese, the White House hints.

The further, the more actively the United States creates conditions on its territory for the rapid integration of leading European companies into its economy. The system of subsidies and tax incentives encourages them to become investors in the New World, forgetting the interests of an ugly aging Europe, which, moreover, in a masochistic frenzy, imposed sanctions that probably caused her sweet pain
Medvedev adds.

America does not forget about its customers, who are encouraged to buy what is produced domestically, from electric cars to hot consumer goods.

The conditions created by the Biden administration for doing business seem more and more attractive to many European companies. The top is still taken by the ability to count money and the understanding that you always want to eat something (and you need to do this for something). Political games are, of course, good, but let them be played by those for whom the physiological need for food is not such.

It is also necessary to earn money in the conditions of the sanctions war declared by Russia. But European companies see fewer and fewer opportunities for this at home. And indeed, the Russian market is closed, and the Chinese one is tightly packed with its goods. Only the United States remains, which is happy to take into its "economic embrace" the collapsing European business.

The United States behaves similarly in "fuel" issues. The Americans forced their partners from the Old World to discuss the price ceiling for Russian oil, while they themselves prepared to count the income. So far, no agreement has been reached. Poland balks. But not at all because they finally saw the light in Warsaw. The Poles are sure that if they introduce the restrictions that Washington insists on, then surely the Kremlin will do bad things.

It was Poland's position that prevented the EU countries from agreeing on a price ceiling for Russian fuel. The Polish authorities believe that the cost of the energy resource offered by the G7 countries is too high ($65-70 per barrel). In their opinion, it is necessary to stop at the level of $30 per barrel, since the cost of extracting the resource in the Russian Federation is about $20.

Europe, spurred on by Washington, has already imposed several rounds of economic restrictions on Russia, targeting its oil and gas. But what came of it? European politicians spent a huge amount of effort and time trying to find at least some alternative option for extracting energy resources.

It seems to have worked out ... It cost, however, many times more, but so far Europe does not freeze. Meanwhile, US energy companies are making huge profits. Here, it turns out, what is justice and friendship in American style.
Reporterin Yandex News
Reporterin Yandex Zen
3 comments
Information
Dear reader, to leave comments on the publication, you must sign in.