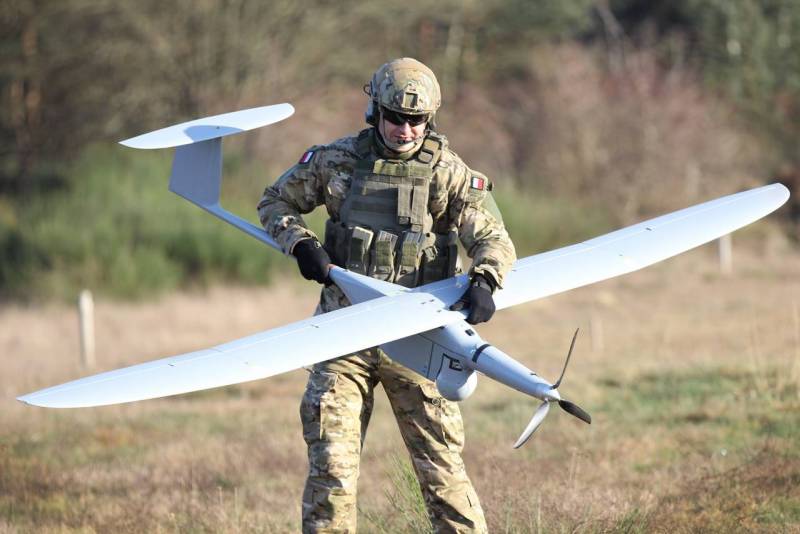 The Belarusian military intercepted and was able to land a Polish reconnaissance drone. Presumably, it was launched from the location of the artillery unit of the Polish army, located at the field exit near the settlement of Nova Luka.


According to telegram channels, the reconnaissance drone was launched during a visit to Polish artillerymen by Polish President Andrzej Duda. With the help of an aircraft, the Polish military captured on video the location of important civilian and military facilities on the territory of Belarus.

According to military experts, it was intelligence that was the main goal of launching the UAV. It is reported that the fuselage of the drone was assembled from lightweight materials. Upon examination, the Belarusian military found that the drone was equipped with an increased capacity battery and a high-resolution thermal imaging camera. It is assumed that the intercepted copter was produced by the Polish company WB Electronics.


As military analysts note, the Belarusian and Polish industries have been tacitly competing in the production of unmanned aerial vehicles for several years. In particular, several years ago WB Electronics received an order from the Polish government for the production and supply of thousands of multi-purpose loitering ammunition to the troops in the amount of $29 million. Depending on the need, these devices can be used both for reconnaissance and for strikes against enemy targets.

It is noted that incidents like the one that happened are very dangerous, since they occur on the border between two military blocs: NATO and the CSTO.
Reporterin Yandex News
Reporterin Yandex Zen
1 comment
Information
Dear reader, to leave comments on the publication, you must sign in.