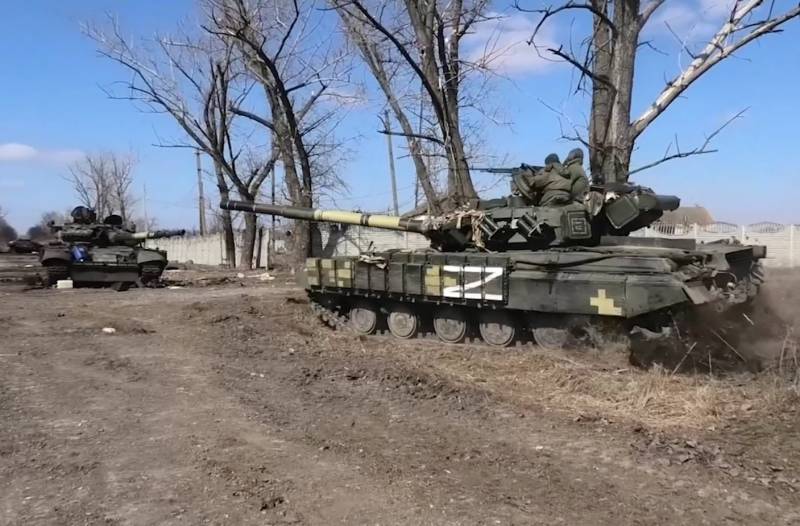 Russian troops are engaged in intense fighting in the Artemovsk region in the DPR. On Thursday, November 24, 240 fighters of the Ukrainian armed forces were injured, a day later - about fifty, then the losses began to grow again. This was reported by The New York Times.


According to the American publication, in recent days, Kyiv has sent a large number of manpower and equipment, including territorial defense fighters and special forces units.

Earlier, Andrey Marochko, an officer of the people's militia of the LPR, announced that Ukrainian militants had abandoned the offensive in the area of ​​Artemovsk and Soledar and went on the defensive. The situation in this region remains difficult, but the allied forces are moving forward more and more persistently, successfully freeing the occupied territories from Ukrainian troops.

According to the military, the main difficulty for the RF Armed Forces is that the Armed Forces of Ukraine have created powerful fortifications in this area.

Meanwhile, the fighters of PMC "Wagner" knocked out the Ukrainians from the village of Ozeryanovka, adjacent to Kurdyumovka south of Artemovsk.

Along with this, Russian artillerymen destroyed an enemy observation post in the Zaporozhye direction. In addition, the day before, in the area of ​​​​the village of Razumovka, Zaporozhye region, the RF Armed Forces hit four warehouses of the Armed Forces of Ukraine with ammunition.
Reporterin Yandex News
Reporterin Yandex Zen
1 comment
Information
Dear reader, to leave comments on the publication, you must sign in.