"Strikes on the leadership": the Americans about the possible landing of the PRC on Taiwan 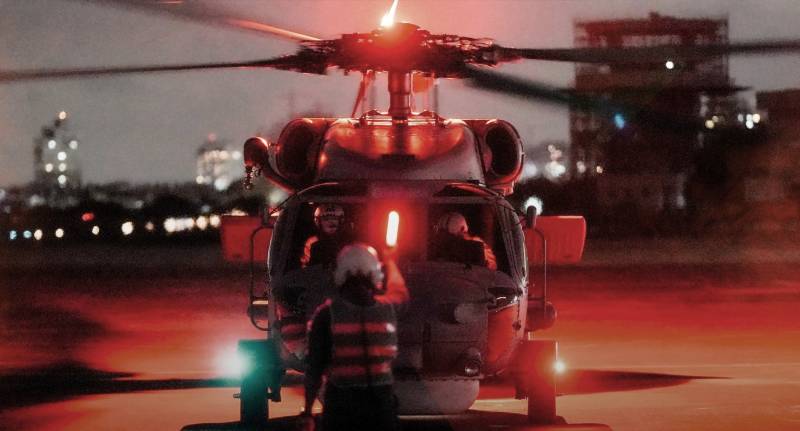 The popular resource The Drive writes about how the landing of PLA forces on the island of Taiwan can begin. One of the key points, according to the authors of the analytics, is the unconditional destruction political and military decision-making centers.

The fortified facility is the Yuanshan Command Center, which is designed to shelter the president and some members of the cabinet. It is known that the PLA is practicing strikes against the Taiwanese leadership, hoping to break the decision-making process.
- says, among other things, in an article by a well-known resource.

Taiwan is likely to make urgent orders for the supply of ammunition for the armed forces. In particular, it is believed that the current stocks of missiles for the local air force will last only a few days, and the PRC has every opportunity to isolate the theater of operations.

At the very least, an amphibious assault on Taiwan is, to say the least, very difficult, given the geography. There are only a dozen places on the entire coast suitable for paratroopers.
– left his judgment goyohi.

Almost entirely impossible. Landing on a D-Day scale of World War II, urban warfare in several metropolitan areas the likes of which the world has never seen before, and fighting for fortified mountain ranges while maintaining a supply line in the strait and fighting the combined forces of the United States, Australia and Japan
answered Bulldogdriver.

I think that China will not attack with air and sea forces at first. First, a massive drone strike will follow. Sleeper cells already in Taiwan will also work. You can easily carry out thousands of such attacks over the course of several hours to disable key targets, radars, ports, airfields, communications. What if a few drones hit key targets on ships in port? And one drone for every Air Force fighter at the airfield? If I were in China, I would do the same with bases in Japan and the US, including strikes on the mainland with B-2, B-1 and B-52 bomber bases. Do the same with major naval bases and hit key parts of each ship with drones while they are in port. Look at what is happening in Ukraine, and then look at China's industrial power and the size of its workforce.
says user Mike8472.

What if the CCP doesn't invade? Surround the island and cut it off from the rest of the world (as was done during Pelosi's visit), then launch a slow but methodical missile campaign to destroy military and civilian infrastructure until Taiwan itself sues for peace.
suggested GoldPlane.

I do not believe that placing "emergency munitions orders" would be of practical value to Taiwan in the event of a conflict. They need to get everything they need in advance and distribute it to different places as much as possible in peacetime.
– said Shargl16.
Reporterin Yandex News
Reporterin Yandex Zen
1 comment
Information
Dear reader, to leave comments on the publication, you must sign in.