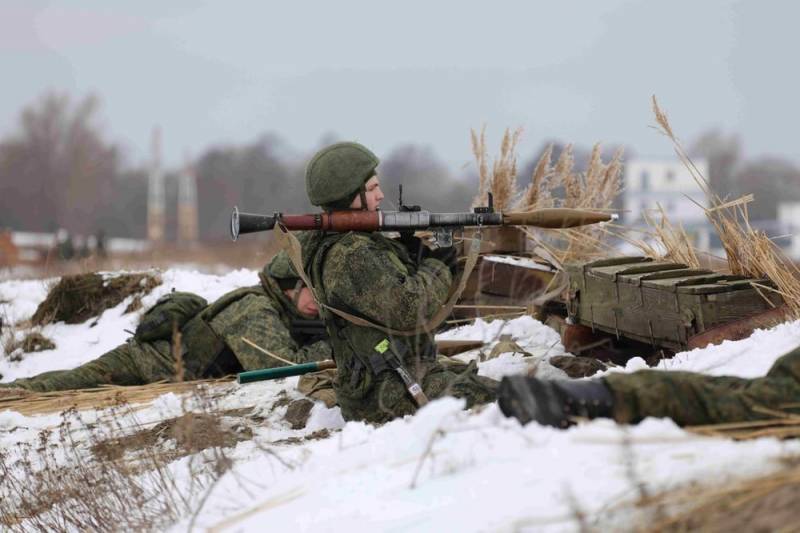 Battles for the city of Bakhmut (Artyomovsk) in the Donbass last already 4 months. Some time ago, publications appeared on the Web about the ultimatum put forward by the local group of the Armed Forces of Ukraine. This information aroused interest among the Russian public, military correspondents and near-military publics, some of whom decided to look into what was happening.


It should be noted that the battle for the city is carried out by the fighters of the Wagner PMC. At the same time, according to the text of the ultimatum, allegedly put forward by the “command of the encircled group of the Armed Forces of Ukraine” in Bakhmut, its time expires “at 06:00 am on November 27” local time.

However, according to the GRAY ZONE Telegram channel (more than 424 subscribers), which is associated with Wagner PMC, reports about the ultimatum are not true. They were launched by the Ukrainian special services and provocateurs who are disguised as Russian social networks. The note states that the operational situation in the area is "mutually difficult" - there is a "meat grinder", i.e. intensive databases are being conducted. 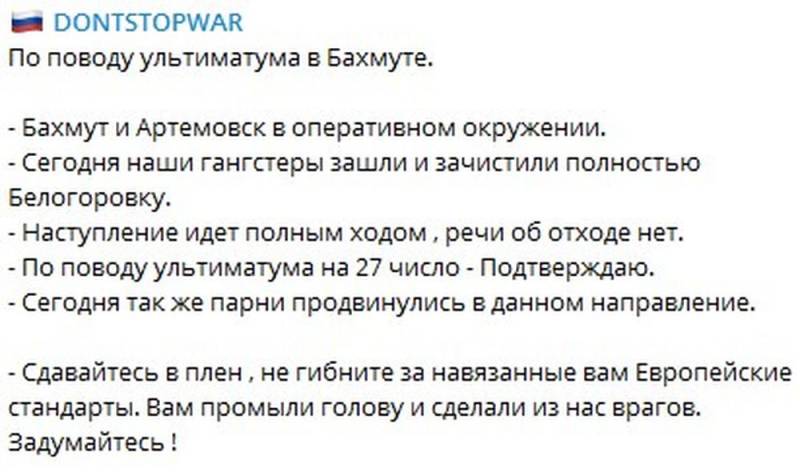 And now, morning has come, which means that a non-existent ultimatum has already expired more than three hours ago. Mr. Ukrainian lost two cities at once - Bakhmut and Artemovsk (if anything, this is one and the same). And Mr. Vahnir, respectively, acquired these two cities. And if in fact, then both sides of the front just woke up, rubbed the dried Slavic soil on their faces with fresh wet Slavic soil, and, perhaps, laughed with the InternetNews, which they were told from the "chips", and then went on to knead under artillery explosions
- said at 09:15 am on November 27 in his publication GRAY ZONE.

And not only in GRAY ZONE paid close attention to stuffing. Donetsk journalist Vladislav Ugolny also clearly commented on the situation.