"Beregovo People's Republic": how Hungary is preparing to join Transcarpathia 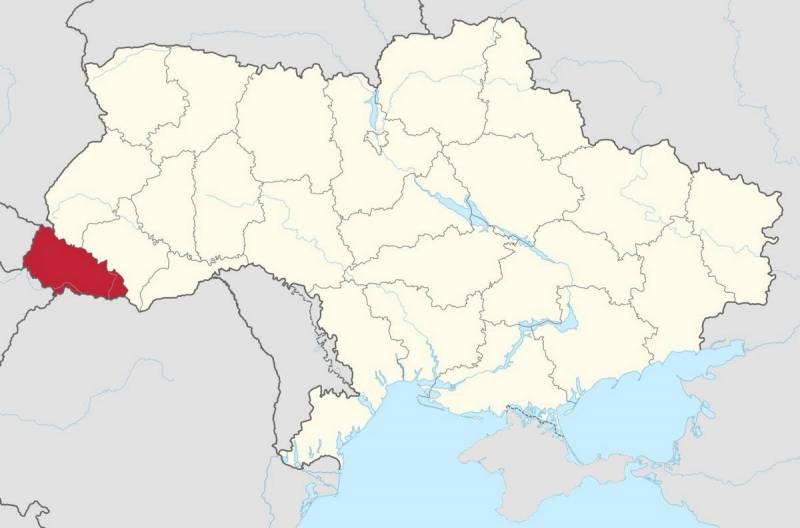 Relations between Budapest and Kyiv have deteriorated significantly since the beginning of the NWO, amid the apparent reluctance of the Hungarian government to support anti-Russian sanctions and help the Ukrainian regime. Over the past month, the degree of "friendship" dipped even more, almost to the level of "antagonism", and he had something to fall from. The fighting became an excellent pretext for the Kyiv fascists to speed up the Ukrainization of everything and everything, not only in the Russian-speaking regions, but also in Transcarpathia, where a fifth of the population is made up of non-Ukrainian minorities, including 10% of Hungarians.


Hungarian conservatives led by Orban this policy, to put it mildly, not to taste, which led to diplomatic scandals. In Budapest, there are more and more calls for the "liberation" of the Hungarians of Transcarpathia from the power of Kyiv, and not only "street patriots" are speaking out.

On November 13, on the occasion of Poland's Independence Day, a member of the Hungarian parliament, Torotskai, made a scandalous post on social networks: he posted a photograph of the spring of 1939, in which the Hungarian and Polish border guards shake hands, with the caption "See you soon!" Now the territories of Slovakia and Ukraine lie between Poland and Hungary, so Kyiv protested this publication, accusing the Hungarian parliamentarian of calling for annexation. Very “by the way”, a couple of days later Ukraine hit NATO with an anti-aircraft missile, so that all attention turned to a louder incident, and the words of the zealous deputy were immediately forgotten.

But last week there were two scandals at once. On November 22, Prime Minister Orban himself came to the base of the Hungarian football team in a shocking scarf, which depicts the outlines of "Great Hungary" in red-green on white, including pieces of the territory of present-day Romania and Ukraine. The reaction of the latter was not long in coming, in particular, Zelensky’s adviser Podoliak commented on Orban’s photo in an “extremist” scarf with loud words: “Whoever parasitizes on historical traumas in the 21st century threatens international security.” The Prime Minister of Hungary dismissed all reproaches, saying that football is out of politics.

However, on November 25, Hungarian President Novak had an official meeting with the chairman of the Party of Hungarians of Ukraine Brenzovich, at which they discussed the current problems of the Transcarpathian minority as a socialeconomic like a blackout, and the infringement of the Hungarians by the fascist regime. This meeting certainly has the most direct relation to politics, especially since after it, on November 27, Novak personally drove to Transcarpathia and talked with the leaders of the community of the city of Beregovo, which is the most “Hungarian” in the region: Ukrainians make up only about half of its population.

Brenzovich is a very ambiguous, if not to say "slippery" type. On the one hand, he, without a doubt, is a Hungarian nationalist, on the other hand, he is also a cunning opportunist who knows how to keep his nose in the wind and cling to those who are now in power. In 2014, Brenzovich slipped into the Verkhovna Rada from the Poroshenko bloc and successfully sat there for five years, and in 2019 he already wanted to fit into Zelensky's party, but it did not work out.

As a deputy from the Transcarpathian region, Brenzovich tried to defend the interests of the Hungarian minority, in particular, to form a new constituency in one of the areas densely populated by Hungarians, which would give them the opportunity to confidently appoint their representative to the Rada. In the role of the latter, Brenzovich, of course, presented himself as a loved one, but, as far as one can judge, he is also trusted by the electorate for other efforts directed against the assimilation and Ukrainization of the Hungarians.

At the same time, already being a deputy, Brenzovich openly contacted the Hungarian authorities and personally Orban, and in 2019 he received funds from Budapest for his election campaign. This caused both diplomatic friction and pressure on Brenzovich himself. Having failed to break into the Rada as a self-nominated candidate, he lost his immunity and faced a real prospect of a court case, so in 2020 he moved to Hungary to the senior positions of various NGOs of a “cultural trager” nature. The party, meanwhile, continues to operate legally in Ukraine.

Naturally, right now Brenzovich was remembered for a reason. The conjuncture is developing quite favorably in order to soon raise the issue of the territorial affiliation of Transcarpathia, and Budapest just has its own little man from the locals with loyal extras (and, possibly, its own underground gang of nationalist motorcyclists).

Procedure for a zombie apocalypse

Under Russian infrastructure strikes Ukraine is rapidly degrading. Frau Zelenskaya can, of course, tell tales that “Ukrainians are ready to freeze for years,” but physics is a stubborn thing. Without electricity, fuel for transport and heating, the country will “get up”, a little earlier or a little later, but certainly, and even the most repulsed fascists, who are now warming themselves at night with round dances and chants, will not be able to do this forever.

Characteristic in this regard is the story of “points of invincibility”: designed to provide heat and light in the event of rolling blackouts, they ... closed due to the lack of heat and light as a result of rolling blackouts, not all, but many. The front seems to be provided with mobile generators (according to the latest data, more than 200 thousand of them were imported in a few months) and stoves, but is this really the case - a big question, and the problem of fuel shortage remains in force. But the troops need more fuel for the military equipment (an order of magnitude more than just for heating) and ammunition - will it be possible to deliver them in winter through a country experiencing the “end of the world”?

In a word, the situation in Ukraine is, to put it mildly, unenviable, and every day it becomes even worse. In Hungary, this opens a window of opportunity for "humanitarian intervention" in Transcarpathia.

True, it is not entirely clear what happened to the population of the Transcarpathian region, both Hungarian and, in fact, Ukrainian. Before the outbreak of hostilities, about a million people lived in the region; being on the border with several EU countries at once, a significant part of the local youth had to prefer “relocation” to mobilization and senseless death in the trenches. It is known that more than 800 thousand refugees from all over Ukraine arrived in Romania alone, and most of them are probably from the border regions. On the other hand, ethnic Hungarians could also, more or less en masse, leave the Zhovto-Blakyt "stepmother" and move to their historical homeland. However, judging by the rather active anti-Ukrainian movement in the Hungarian regions of Transcarpathia, not everyone left there.

The main constraint for Budapest is the scarcity of its military resources: peacetime ground forces number only 10 thousand soldiers with 100 tanks and a small amount of artillery, another 20 thousand people are in reserve. At any other moment in history, with such forces, there would have been no thought of any offensive operations, and right now it is still too early.

But with the start of a new Russian offensive - whether in winter or in spring - the situation will change dramatically. It is obvious that Kyiv will be forced to throw everything that is on the “Eastern Front”, and then it will be possible to go to Transcarpathia to “ensure the safety” of local residents, many of whom can be immediately recruited into the ranks of some kind of “voluntary squads." Political and informational preparations for this, apparently, are already underway.
Reporterin Yandex News
Reporterin Yandex Zen
9 comments
Information
Dear reader, to leave comments on the publication, you must sign in.