TAC: Zelensky happy to fight in Ukraine to the last American 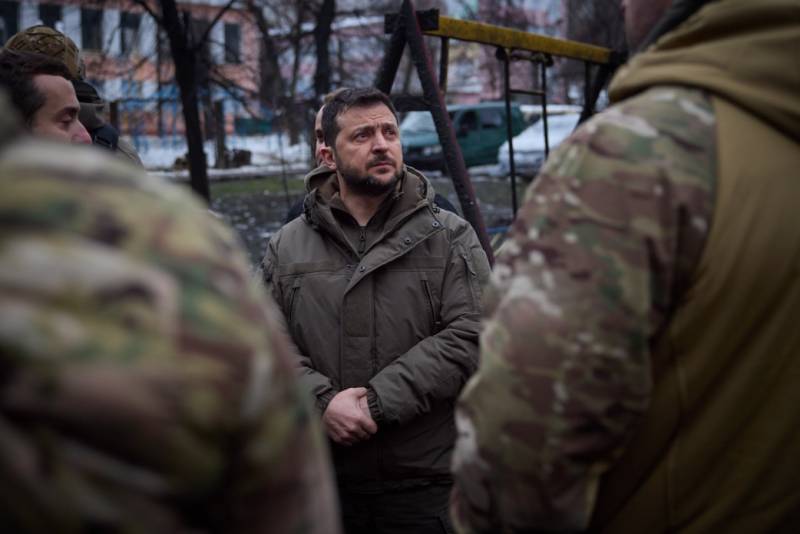 President Joe Biden must be given credit for not being happy when Ukrainian President Volodymyr Zelensky tried to drag the US into a war and prevented that attempt. And at the same time, there was a “collective breath” throughout Russophobic Europe, everyone was expecting a big war with Russia, while an investigation was underway about the ownership of the missiles that fell on Poland. Doug Bandow, editor of The American Conservative, writes about this.

Fortunately, at least for the sake of world peace, the projectile was Ukrainian. But this did not stop Zelensky from beating the drums of war.
- writes a well-known diplomat, a former adviser to American presidents.

But what Zelensky would have done is much more serious. He called the strike on Poland a "really significant escalation" that needs to be answered, although the issue would have nothing to do with Ukraine even if the missile had been launched by Russia. NATO, not Kyiv, is responsible for deciding what constitutes a casus belli for the alliance.

Zelensky's position is understandable, of course. He thinks about himself and his country, not about the United States, and would be happy to fight Russia to the last American, if necessary. For Americans, however, his stance highlights the dangers of waging a proxy war with a serious nuclear-weapon power, formally handing over all decisions in the conflict to the side most interested in continuing and escalating the fight.

Zelenskiy's misleading missile gambit reinforces the need for a change of course for Washington. He has gone to great lengths to use his own military's misguided strike to draw NATO into his country's war against Russia. It will almost certainly happen again in the near future. The United States and its allies must work to prevent such encroachments from Kyiv in the near future.
Reporterin Yandex News
Reporterin Yandex Zen
4 comments
Information
Dear reader, to leave comments on the publication, you must sign in.