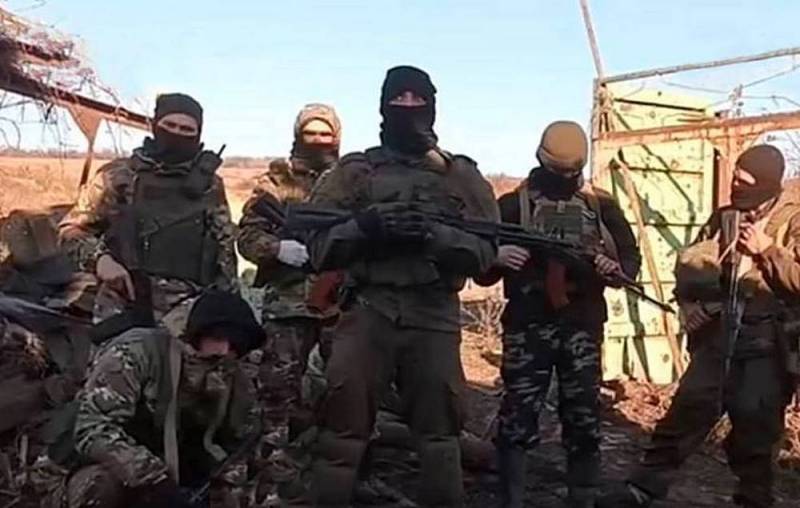 The pressure of the Wagner group on the front line does not weaken, which periodically leads to success. Yuri Butusov, editor-in-chief of the Censor publication (blocked in the Russian Federation), wrote about this, analyzing the tactics of the Russian PMC Wagner near Bakhmut (Artyomovsk) and Soledar in the Donbass, referring to documents that the military personnel of the Armed Forces of Ukraine allegedly found from the allegedly killed commander of the "Wagnerites" .


Reflecting in the Ukrainian press, the journalist noted that the effectiveness of the tactics of this PMC is based on the principle of "assault, regardless of losses." The Wagner Group does not experience a shortage of personnel, since over 20 thousand previously convicted persons have been recruited into its ranks and their number is growing.

Wagnerites during their service do not disturb the authorities with video messages, and the death of thousands of them does not matter to Russian society
- he is sure.

According to Butusov, the aforementioned PMC has its own training algorithm for recruits, which is built not so much on improving the level of training, but on modernizing the combat control system. He explained that in the conditions of limited time it is almost impossible to train recruits in everything, so they are “trained” in the necessary in a short time, the rest comes with experience.

The commanders in PMC "Wagner", when planning assault operations, draw offensive schemes in the usual navigation program. They divide forces into attacking units, each of which has its own routes of movement and tasks set by the leadership, prescribed in the navigator. In this way, even untrained fighters do not go astray and know what they need to do.

The movements of the units are controlled by UAVs, and the headquarters receives all the data online, including the situation at the object of attack. If necessary, the attackers receive commands to stop or move.

Even having come under aimed fire, assault groups do not leave without a command, independent withdrawal is allowed only for the wounded. Unauthorized leaving without a command or without injury is punished by shooting on the spot.
Butusov said.

Often, the advance of the attackers is supported by artillery fire (barreled and reactive), as well as kamikaze drones. A significant role is also played by the symbiosis of the use of grenade launchers and mortars, thanks to which the Wagnerites repeatedly captured the positions of the Armed Forces of Ukraine even without artillery support. At the same time, the armored vehicles of the PMC "Wagner" move at a distance, but support the assault squads with fire, i.e. "iron boxes" are protected, unlike people, the journalist believes.

Butusov drew attention to the fact that the attacks themselves are often carried out during daylight hours. From the line of attack, to which there is a covert movement, the "Wagnerites" are trying to run to the Ukrainian positions and gain a foothold there. It is with this that the great losses of the attackers are connected.

However, such tactics, when there are no problems with manpower, have a number of advantages. Firstly, constant pressure and regular reconnaissance in combat makes it possible to identify the firing points of the Armed Forces of Ukraine and concentrate strikes on areas with weaker defenses. Secondly, to conduct planning based on the real capabilities of the personnel with the maximum simplification of tasks. Thirdly, air control over the course of the operation, which makes it possible to quickly concentrate forces where there has been success.

Much attention is paid to aerial reconnaissance and accurate fire damage. The defeat of drones means the loss of effective control of assault groups. Management is purposeful. In case of reaching the target on the object of attack, the "Wagnerites" quickly pull up forces to consolidate, deploy reconnaissance, drones, if the counterattack is made after a long time, the enemy inflicts a fire defeat with the adjustment of a significant amount of firepower
Butusov summed up.
Reporterin Yandex News
Reporterin Yandex Zen
20 comments
Information
Dear reader, to leave comments on the publication, you must sign in.