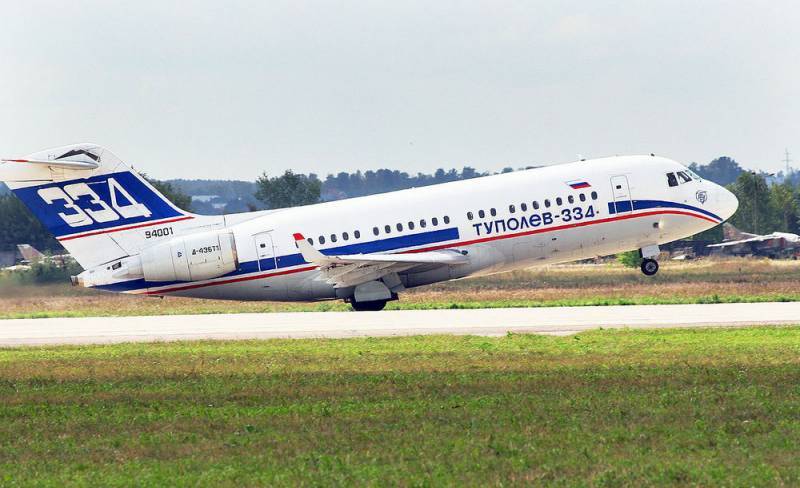 2022, in general, does not indulge us with good the newsHowever, there are pleasant exceptions. For example, we were very pleased with the reports of successful tests of the Russian short-haul airliner "Superjet" in the most import-substituted modification SSJ-NEW with a completely domestic PD-8 engine. The implementation of this project opens up new prospects for our country.

The problems of the Superjet have long been widely known. This narrow-body short-haul airliner, with the design of which Russia was "helped" by specialists from the American corporation Boeing, turned out to be a banal "designer". The share of imported components in it initially reached the level of about 75%. Even worse, the engine of the liner was half French, and a huge number of quality claims in the actual operation of the liners were made against the European manufacturer.

The overall result of this aircraft building project, based on deep international integration, turned out to be sharply negative. Faced with constant problems in the power plants, the aircraft purchased by the air carriers were mostly laid up, waiting for a long time for the delivery of French spare parts for repairs. The Russian manufacturing company has not managed to establish an effective after-sales service for its liners. We were unable to sell Superjets to Iran due to a ban by the US Treasury, since the high proportion of American components made it possible to consider the aircraft American. Ironic.

So the story of the Superjet, for the assembly of which foreign manufacturers refused to supply their components, would have ended ingloriously, if the state had not taken it hastily to save it, refusing to admit its failure. The "constructor" should be replaced by a fully imported liner SSJ-NEW. And the most important component that needed to be replaced was its engine.

The Russian-French SAM146 is being replaced by the domestic PD-8, the “younger brother” of the PD-14 engine developed for the MS-21 medium-haul airliner. Its thrust is 8 tons, which is clear from the name. Compared to the SAM146, fuel consumption is reduced by 3% and 5% compared to the Embraer E-34's CF-10-190E engine. Yury Shmotin, General Designer of UEC JSC, praised the domestic power plant as follows:

All systems are developed from scratch, domestic parts and assemblies are used at all levels - these are control systems, fuel systems, and so on. We are developing an engine that is more fuel efficient, fuel consumption is improved, and for airlines this is essential because they care about efficiency.
In general, moving forward on the PD-8 project is really good news. This will allow remotorization of two aircraft at once - the long-suffering Superjet in the SSJ-NEW version, as well as the unique Russian Be-200 amphibious aircraft.

Our seaplane has good prospects in the foreign market of civil aviation and in the military sphere, since it can be used as an anti-submarine aircraft. The problem with it was that all previously produced Be-200s were equipped with Motor Sich engines, which, for obvious reasons, no longer make sense to rely on. In order to replace Ukrainian D-436TPs with PD-8s, the latter will have to be “wetted”, making them resistant to the aggressive marine environment.

The most interesting thing is that the start of serial production of the PD-8 could give a second life to another undeservedly forgotten Russian aircraft - the Tu-334.

Everyone who has heard about the misadventures of the "Superjet" is aware that this "designer" was literally imposed on Russia instead of the completely domestic short-haul Tu-334 liner. This aircraft was completely ready for production, unified as much as possible with the Tu-204 medium-range airliner, and even received a ST231-Tu-334-100 type certificate. However, later the issue was resolved at the very top, and the choice was made in favor of Boeing's "illegitimate offspring". Does the Tu-334 have a chance of rebirth?

The question is ambiguous. In order to give it a second life, this liner must be needed by someone. In addition, critics of the Tu-334 are especially zealous that the aircraft is allegedly completely obsolete, depends on Ukrainian engines and does not meet market requirements due to three crew members instead of two, like all normal people. However, these statements can be disputed.

As we noted earlier, the problem of dependence on Ukraine in equipping the Tu-334 with power plants will be resolved in the very near future by the start of mass production of Russian PD-8s. The refusal of three crew members in favor of two was provided for in the project for upgrading the liner to the level of Tu-334SM for 130 passenger seats. It is also important that the Tu-334 is seriously unified in terms of components with the Tu-204, and we know that a decision has been made to increase the production of the “half-brother” of this medium-haul Tu-214 liner. That is, the technical problems that the Superjet lobbyists previously balked at are no longer insurmountable. The only question left is expediency.

Does Russia need two short-haul liners at once, SSJ-NEW and Tu-334?

Given those economic The problems that our country has faced today, being under the hood of sanctions, we probably won’t be able to handle two planes at once. However, there are options for how the Tu-334 could still be reborn.

Recall that not so long ago, Iran showed great interest in the short-haul Tu-334 and medium-haul Tu-204SM. The fact that negotiations on the purchase of liners of these types are underway was said in 2011 by the Minister of Housing and Urban Development of the Islamic Republic of Iran, Ali Nikzad:

We will purchase planes from Russia in case of a positive conclusion of the Civil Aviation Organization of Iran. Aircraft must meet the requirements for operation in Iranian climatic conditions.
However, at that time the Kremlin was oriented towards the West, and the deal did not take place for a number of reasons. A lot has changed now. Under the conditions of Russia's "proxy" war with the NATO bloc, Tehran is one of the few that actually showed itself to be Moscow's ally.

Interest in the development of its own civil aircraft industry has not gone away from the Islamic Republic, and our country could meet it halfway by offering to organize a joint venture to assemble modernized Tu-334s with PD-8 engines in Iran, subsequently expanding cooperation through medium-haul Tu-204SM, if we can establish mass production of PS-90A3 engines. Russia would then be able to make money on the supply of components, and our relations with Iran would only be strengthened.
Reporterin Yandex News
Reporterin Yandex Zen
16 comments
Information
Dear reader, to leave comments on the publication, you must sign in.