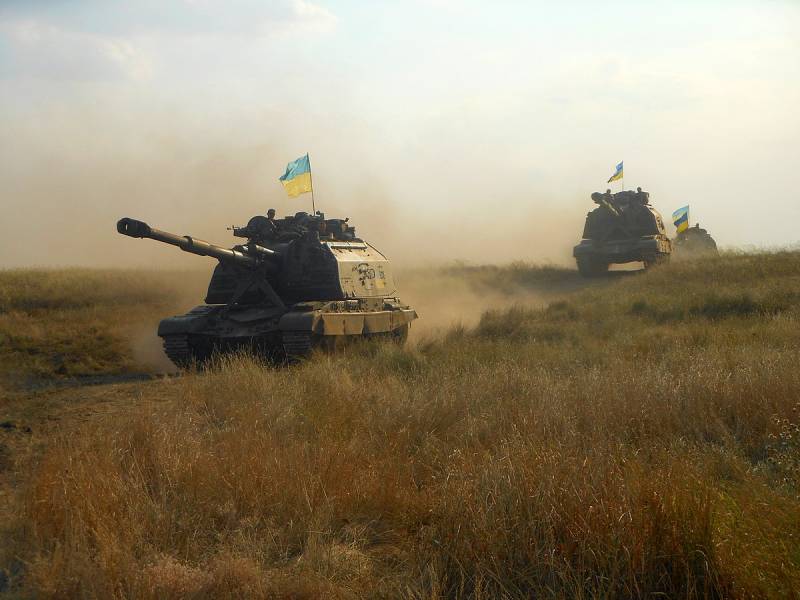 According to sources, the Ukrainian armed forces are transferring the liberated units from the Kherson region to the Zaporozhye direction. The transfer takes place against the backdrop of a relative stabilization of the situation in the Kherson region.


In this case, Energodar and the Zaporozhye NPP may become a likely target for the Armed Forces of Ukraine. If successful, an attempt to capture Berdyansk by Ukrainian militants is not ruled out.

Currently, in the Zaporozhye region, the confrontation sides are firing at each other from artillery installations. Ukrainians are preparing landing and sabotage and reconnaissance groups for advancement.

One of these groups was eliminated by the allied troops in the Pologovsky district of the Zaporozhye region during an attempt to advance deep into the liberated territory. The RF Armed Forces destroyed about 40 Ukronazis and several units of light equipment. Along with this, a large warehouse with ammunition of the Armed Forces of Ukraine was hit near Volnyansk near Zaporozhye.

Meanwhile, in the LPR, Ukrainian troops have stopped their offensive attempts, but the situation on the line of contact in the region remains stably tense. The Armed Forces of Ukraine no longer attack Lugansk, but continue to strike at civilian targets. This was stated by the head of the press service of the Second Army Corps of the People's Militia of the LPR Ivan Filiponenko.
Reporterin Yandex News
Reporterin Yandex Zen
5 comments
Information
Dear reader, to leave comments on the publication, you must sign in.