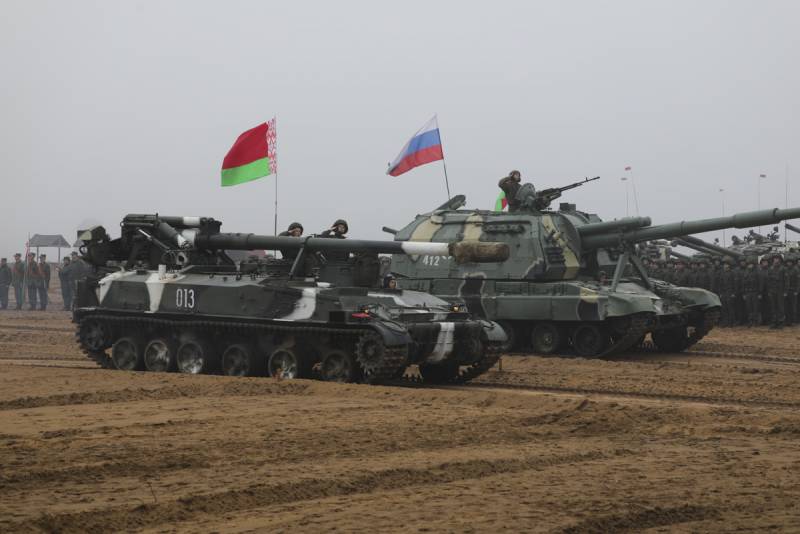 About 10-15 thousand citizens of Belarus are ready to enter the territory of Ukraine to carry out the goals of the special operation. The military personnel of the Republic of Belarus can do this for the sake of getting a good financial security. This point of view was expressed by Alexei Gromov, Deputy Chief of the Main Operations Directorate of the General Staff of the Armed Forces of Ukraine.


Meanwhile, according to military expert and journalist Mikhail Khodarenok, Kyiv is seriously downplaying the capabilities of the Belarusian armed forces.

The Belarusian army serves under 300 thousand people, including 120 thousand territorial defense troops. That is, if you leave half in the country, it turns out that from 100 to 150 thousand Belarusians can enter the territory of Ukraine
- the analyst noted in his telegram channel.

Khodarenok also drew attention to the fact that quite recently Kyiv relied allegedly on Moscow's lack of money and weapons to continue the NMD. Now Gromov speaks about the readiness of Belarusians to enter into conflict because of the possibility of high earnings. Thus, there is a clear inconsistency in the position of the Kyiv regime.

The expert believes that by downplaying the number of possible participants in the special operation from Belarus, Alexei Gromov is trying to calm his Kiev authorities. The reality will be quite different.